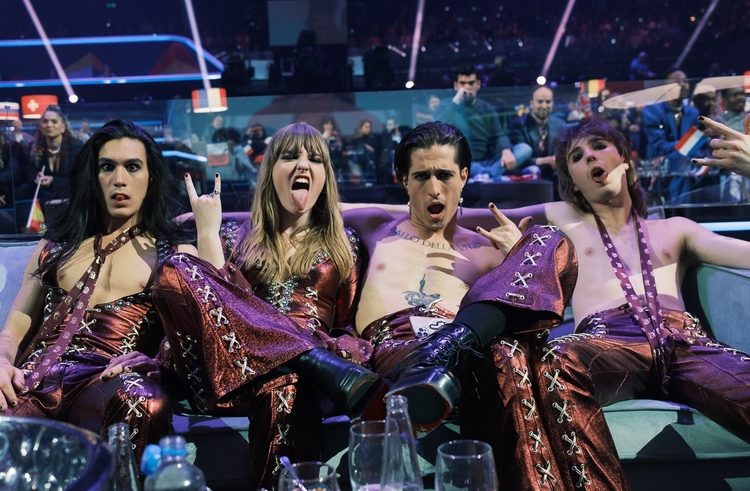 Italian Eurovision champions Måneskin have teased new material on the horizon for the first time since their Rotterdam victory, posting this evening that they were spending time in the studio and working on recording sessions.

After taking a well-earned break from the media frenzy surrounding their Eurovision victory including a short trip to Rome, the four piece are back to work on rehearsals and also writing new material, teasing fans with exciting things to come. 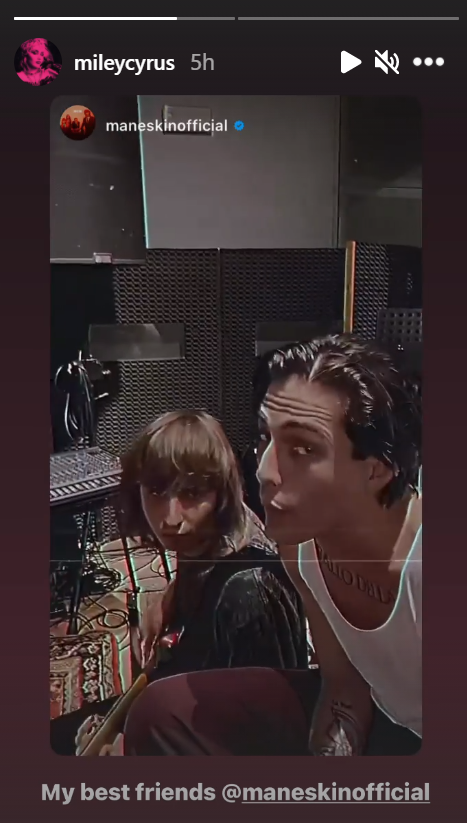 The four-piece also shared a short cover of Miley Cyrus’ “Midnight Sky” on their Instagram story (visible for another 18 hours from the publication of this article) which the American pop star shared to her delight, declaring the band her “best friends” to her 133 million Instagram followers.

Since winning this year’s Eurovision Song Contest for Italy with “Zitti e buoni”, Måneskin’s meteoric rise into the public eye saw them sell out their merchandise drop last week in less than half an hour. The band are set to embark on a tour in Italy in the latter stages of this year.

The quartet are also expected to reveal details of more dates across Europe to follow up their landmark Eurovision success and their strong chart performances in the continent.

What do #YOU hope to hear from Måneskin in the coming months? Will #YOU hope to see them on tour in the near future? Share your thoughts with us on our forum HERE or join the discussion below and on social media!