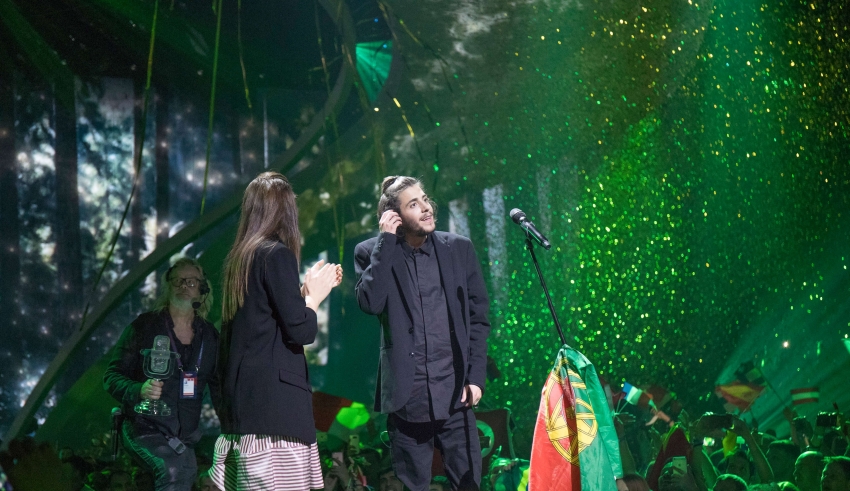 We have a winner! After months of fan speculation and a close hype race leading up to tonight’s contest, the votes are in and Portugal has won this year’s Eurovision Song Contest!

Portugal’s Salvador Sobral stunned the audience and viewing public with his touching rendition of “Amar pelos dois” to become Portugal’s first ever Eurovision champion after 49 entries and a staggering 54 years since the country debuted in the contest – ending a drought in dramatic style much like Finland’s Lordi in 2006. As a result the contest will be held on the Iberian peninsula next year for the first time since Madrid hosted in 1969 and only the second time ever.

The full ranking of the contestants in this year’s contest are as follows;

What do #YOU think of the winner? Should someone else have won? Do you look forward to next year’s host country? Share what you think of the contest’s result below, on social media or join the busy discussion on our forum right now!