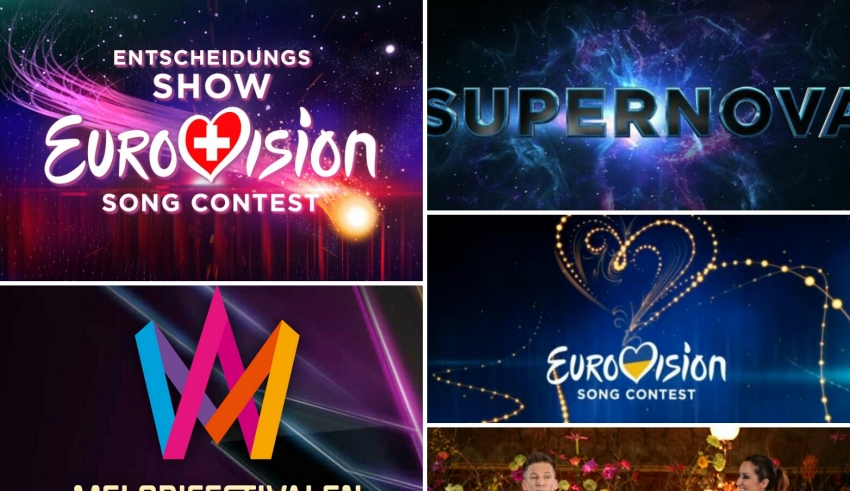 Are your weekends slowly being consumed by Eurovision? Can you not get through the week without bursting into Euro-song? Is your normal music playlist becoming saturated with cheesy pop and power ballads? Are you sick of it yet?

No? Good, because it’s about to get a whole lot more hectic! There are no less than six Eurovision shows this week, including the much-anticipated return of the titan of Eurovision selections.

It’s a big day on Tuesday for all countries as we find out which of the two semi-finals will host the countries of Eurovision 2017. Switzerland have already been allocated to the second semi-final and Germany are also expected to vote here, with everything else to be decided. The ceremony live from Kiev will also see the Eurovision insignia banded over from Stockholm; a torch-passing ceremony officially designating Kiev as the current Eurovision Song Contest host city! Certainly a date not to be missed! The draw will take place around 13:00 CET!

What was originally the second heat of A Dal has now been moved to this Saturday following the competition’s postponement two weeks ago. Nonetheless this is a cracking lineup and will see a competitive set of qualifiers for the next round of the competition. The competing songs are;

Lithuania’s first four shows sorted the wheat from the chaff, but now it’s time to pick out the cream of the crop. We go round again with 12 of the 24 qualified entries going for the final spots.

The 12 entries in this first show are;

All will be vying to follow in Donny Montell’s footsteps as the next Lithuanian Eurovision artist – could any of these be the one?

Oh yes, it’s back! Schlager and Eurovision fans across the continent breathe a sigh of relief as Sweden’s monstrous megahit Melodifestivalen is back on screens this weekend, with the first semi-final of 2017 taking place in Göteborg. Clara Henry, David Lindgren and Hasse Andersson will take on hosting proceedings this year.

The first line-up, with familiar faces, is;

Charlotte Perelli is back for a third crack at Eurovision, but all eyes will be on Ace Wilder. Will it be her year?

Our wonderful hosts for 2017 also kick off their search for Jamala’s successor(s) this weekend with the first of the Vidbir 2017 semi-finals. A public vote and jury combination will pick two or three qualifiers for the final of the competition. The performers in the first semi-final are;

It’s sure to be a fantastic and diverse show!

One of the newest national finals has already gained a cult following thanks in part to an interesting and alternative array of songs and the charm and wit of an advert break beaver (yaaas!), and this Sunday also sees the return of Supernova in Latvia. The first quarter-final of the selection sees the following acts take to the stage;

Third-placer from 2015 MNTHA returns as part of Crimewave, with Miks Dukurs and Triana Park also making a return to Supernova this round.

Another song selected this weekend is Switzerland, who have normally selected their song by now! Just the one show from the Central European nation this year.

Sebalter will also perform his new single at the show.

Which shows will #YOU watch this week? Share your thoughts below or on our forum!