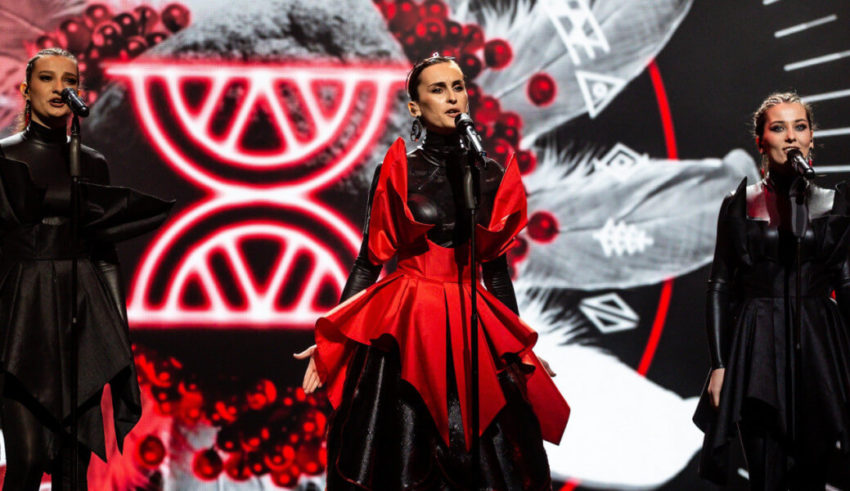 After Eurovision was cancelled in May, UA:PBC internally selected Go_A to represent them again in Rotterdam. The decision was an easy one, Go_A received massive support from the Eurovision community, celebrated Ukrainian folklore through music, and would ensure a good placement in the contest overall.

Rather than host Vidbir to select Go_A’s song, the broadcaster has opted for an internal selection of no less than two songs. The group have been hard at work since May to write new songs, and they have until tonight to hand them over to the jury for consideration. The song selection will be completely internal, meaning that the public cannot vote on the entries.

The jury consists of five individuals:

Each jury member will assign a score from 1 to 5 to each entry, meaning that a perfect song would receive 30 points and the worst song would receive only 5 points. In traditional Eurovision fashion, the song with the highest score will be selected for Rotterdam. Should a tie occur, the winner will be decided by the majority opinion of the jury (more than 50% of the jury vote). The winning entry will be revealed on March 10th.

Yaroslav Lodygin stated that Go_A has a big task ahead of them for Eurovision this May. “I think that for Go_A it will be somewhat difficult to prepare songs for the jury, because there is great pressure on them to at least repeat the success of the song that won this year’s national final for Eurovision 2020.” Their national final performance of “Solovey” has amassed 4.7 Million plays on the official Eurovision channel, proving Lodygin’s point.

What do #YOU think about the decision to select Go_A’s song internally? Let us know on social media, in the comments section, or on our forum page!