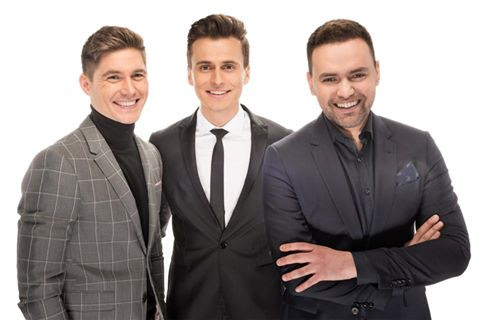 He is a very popular TV Show presenter and hosts major TV shows in country such as Wake Up”, “Star Way”, and “Sing Like A Star”. When he was 15, he participated in Ukraine’s Got Talent where he become famous for his parody act

Volodymyr is also an experienced presenter in Ukraine where he hosted various entertainment programs such as Morning with Ukraine”, as well as presenting “Shopping Goddess” and “Style Icon”. He was also the voice behind “Hans” during the Ukrainian Version of the film “Frozen”

Timur is the most known presenter among the Eurovision Scene. He has presented the 2 editions of the Junior Eurovision Song Contests that where held in 2009 & 2013 and also he presented various Ukrainian National Selections.  He also hosted the emi-Final Allocation Draw which took place in January 2017.

Do you like the idea of 3 male presenters, presenting the Eurovision Song Contest? Share your thoughts on our forum by clicking HERE.