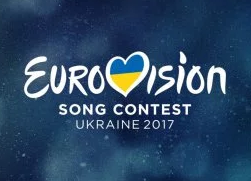 While the Ukrainian broadcaster NTU has undoubtedly had bigger fish to fry with the organisation of Europe’s most beloved TV show, there’s also the small matter of an artist and song of their own to choose.

Now, one would forgive the broadcaster for choosing internally to save time and money, but not Ukraine – our Eastern hosts have confirmed a four-week national selection process!

Three semi-finals on February 4th, 11th and 18th will whittle down the hopefuls to a final selection on  what is fast becoming 2017’s Super Saturday – February 25th.

The shows will be held in Kiev at the National Palace of Arts which hosted the Junior Eurovision Song Contest in 2013.

Tickets for all of the shows are available from karabas.com if you are in the area and fancy an early taste of Ukraine’s hosting!

Which acts do you wish to see in the national final for Ukraine? Sharw your suggestions with us!