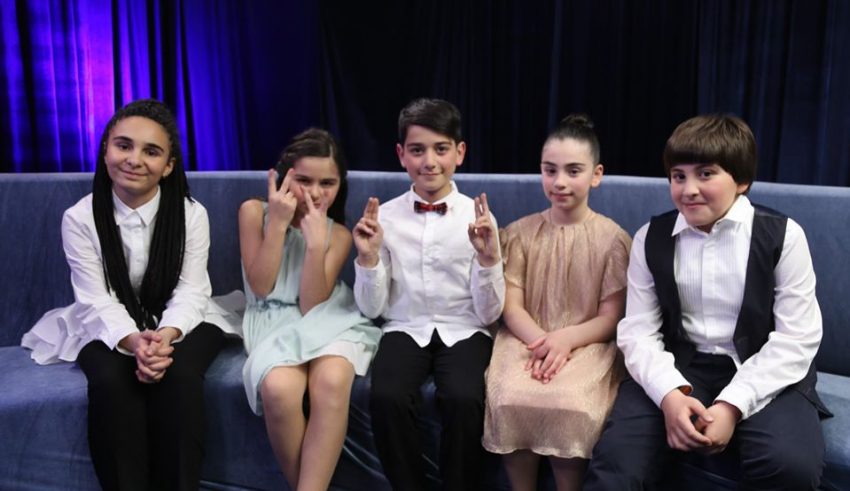 Georgia Public Broadcasting’s TV-1 talent show Ranina announced today that Georgia will be participating at Junior Eurovision 2020 and that Ranina will be the method of selection for the third year running.

A full six days after Junior Eurovision 2019 in Gliwice-Silesia, Poland, auditions for Georgia’s 2020 selection will begin for any budding singers aged 8 to 14 willing to trek to TV-1’s studios at Kostava 68 in Tbilisi.

The posting also mentions that ten finalists will be selected, and the posting also implies several rounds for each participant with tours or themes similar to this year’s Ranina. “Meet with Real Stars” in Georgia means you’re going to be put to work with one, as Ranina usually has a themed duet round where participants perform with a Georgian singer, more often than not a former Georgian Eurovision representative.

The talent show Ranina was used in 2018 to select Tamar Edilashvili and in 2019 to select Giorgi Rostiashvili. However, it’s not just the winners who have benefited. Alexandre Zazarashvili, who was a semi-finalist in 2018 for Ranina, went on to win The Voice Kids Ukraine, came in 5th in the Ukrainian national selection, played Carnegie Hall, and an announcement is imminent of his participation in an American kids talent show, potentially X Factor Kids, the next season of which will start in early February 2020 in the USA.

In the meantime, Ranina’s current winner Giorgi Rostiashvili is preparing for his performance at Junior Eurovision 2019 with the David Evgenidze penned “We Need Love.” The official video features contestants from the first two seasons of Ranina.

Georgia is the second country to already confirm participation at Junior Eurovision 2020, with The Netherlands having confirmed their participation on September 28, 2019, the evening of the 2019 national final.

Do #YOU think Georgia made the right choice going with Ranina for a third consecutive season? Any tweaks to the format that #YOU would like to see? Let us know in the comments below, on social media, or in our forum.