Home 2015 The Passion of the Eurovision: An Angelic Voice tries out Twice for Macedonia 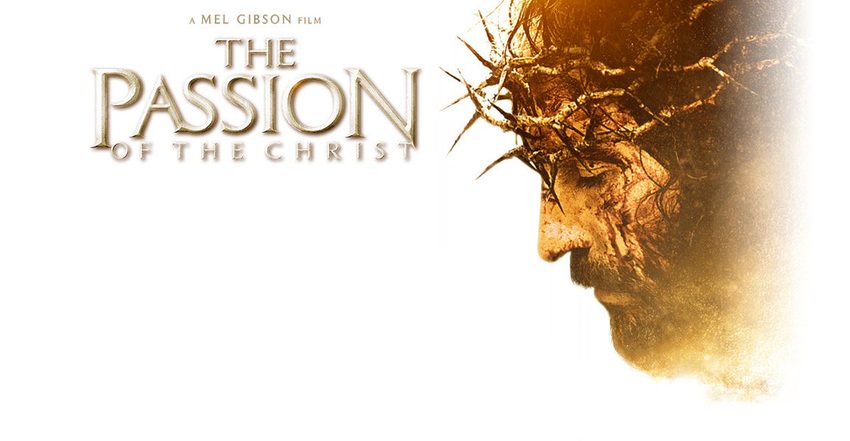 As Protestants and Catholics observed Easter this past weekend, and Orthodox Christians observe Easter this coming weekend, we thought we’d recall a singer whose voice dominates the soundtrack of the highest grossing Christian movie of all time: Tanja Tzarovska.

The angelic female voice you hear throughout John Debney’s phenomenal soundtrack for The Passion of the Christ belongs to Macedonian singer Tanja Tzarovska. In a film where no detail was left to chance, director Mel Gibson’s vision of an Aramaic language depiction of Jesus Christ’s final hours and crucifixion needed a singer who could authentically sing the language but was also versatile enough to carry the mood of the film.

Born in Resen, Yugoslavia, (now Southwestern North Macedonia) on March 19, 1980, Tzarovska emerged as a powerful voice in traditional Macedonian music shortly after the country’s independence. Possessing a voice of incredible range, it did not take long for Tzarovska to become a big name in her native country writing songs and performing in the traditional Balkan and Byzantine harmonic genre.

North Macedonian legend and two time Eurovision entrant and diva Kaliopi had attempted to debut earlier for the then Former Yugoslav Republic of Macedonia in 1996 with a song named “Samo ti,” but the song was eliminated in the much detested and non-televised pre-qualification round that Eurovision 1996 had put in place. Though the controversial pre-qualification round was scrapped after one year, it would only be two years before FYR Macedonia would try again, and they used their annual Skopje Fest as a national selection to pick their entrant for Eurovision 1998.

A young Tzarovska threw her hat in the ring with “Preku moreto,” a very traditional Balkan ballad that also featured backing singers utilizing the throat singing style that has made a comeback of sorts at Eurovision 2019 with Tulia’s white voice “Fire of Love.”

As Eurovision 1998 would technically be FYR Macedonia’s Eurovision debut, Tzarovska faced off against some of her country’s biggest names. Kaliopi tried again with “Ne zaborovaj”, Macedonian new wave star Risto Samardziev entered “Ne Veruvam,” and popular Macedonian pop star and multi-instrumentalist Vlado Janevski entered “Ne zori, zoro.” Skopje Fest 1998 was held at Universal Hall in Skopje on March 7, 1998, and for the first time ever, the winner would be determined by televote. Tzarovska was drawn to perform first in the field of 20, and though she was only 18 years old and a newcomer, came in a respectable 12th. Janevski won, and as such was FYR Macedonia’s first (official) entrant at Eurovision. Though Janevski’s heartfelt ballad about asking his mother to approve of the girl he intends to marry was well suited to the last ever use of the orchestra at Eurovision, “Ne zori, zoro” only placed 19th at Eurovision 1998.

Tzarovska had bigger ambitions and moved on to London in late 1998. She fell in with several musicians in bands who also had connections in the film industry because of their being session musicians for film soundtracks, a lot of which was being done in London at the time. Though Tzarovska was trying to branch out in a big environment such as London, it was her Balkan heritage that was her ace in the hole in getting session work. As she told the Huffington Post in 2015, “if too often you feel that you’re being “suffocated” by a small area and you’re finding it hard to express yourself artistically, then move somewhere bigger, by all means. Try it. Get fresh new energy but don’t completely detach from your old life and the people that love you, because having had them has probably helped you become the artist you are.”

Tzarovska found she could get regular session work in London, but in 2003 she got her first big job working with French-Lebanese composer Gabriel Yared and the new film he was working on, a big budget Hollywood action epic based on Homer’s Iliad named Troy. However, after test screenings, Yared’s score was tossed out and famous Hollywood composer James Horner was brought it. Much of Yared’s compositions were not used, but Horner retained Tzarovska to record vocals on his new score, which largely kept the same Eastern Mediterranean instrumentation but added the bombast that Horner’s scores, such as those for Aliens and Star Trek II: The Wrath of Khan, were known for. As she said about the experience and the late Horner, “it was great to work with James. He was an incredibly calm person yet with huge presence, knowing exactly what he wants. With that he created a lovely working atmosphere. We spent entire two weeks in the studio working on Troy and he just relied on me with trust, putting no pressure on me at any time, so that just let all the music flow out of me naturally, I had time to feel myself and my singing potential.”

However, most viewers of Troy will recall Tzarovska as the angelic voice on the Josh Groban single for the movie soundtrack called “Remember Me.” The track was also produced by David Foster, the ex-husband of The Real Housewives of Beverly Hills’s former supermodel Yolanda Hadid and current mentor of Laura Bretan, whose entry into Romania’s national selection for Eurovision 2019 with “Dear Father” went down in flames. “Remember Me” closes out the movie as the end credits begin to roll.

At the same time Tzarovska signed up for Troy, she also got the assignment to do the soundtrack for The Passion of the Christ, Mel Gibson’s “passion” project about the final twelve hours of Jesus Christ’s life. From his final hours in the Gardens of Gethsemane to his ultimate judgement before Pontius Pilate, and torture and execution, every crack, every whip, every break of Jesus Christ is presented in brutal detail. To remind the faithful of the painful sacrifice the Son of God was subjected to. As John 3:16 states, “For God so loved the world, that he gave his only begotten Son, that whosoever believeth in him should not perish, but have everlasting life.” And the Passion of the Christ controversially showed the level of pain that Christ endured, and that his asking you to accept him as your Savior and to cleanse you of your sins was paid for by his torture and death.

The Passion of the Christ earned a staggering $612 million in theaters, which made it the 7th highest grossing film of all time at that point in 2004, and the highest R-rated movie of all time. Despite the staggering amount of violence, bloodshed and gore, the faithful came out in droves. Though director Mel Gibson had aimed this squarely at his fellow Catholics, Protestant groups, in particular American evangelicals, also took The Passion of the Christ to heart and came out in huge numbers.

Coming in for praise was the performance of Jim Caviezel as Jesus Christ. It’s a tall order to play the Son of God, but devout Catholic Caviezel gave it his all. Some of the best actors have tried to portray Jesus, but Caviezel’s portrayal is considered by the faithful to be one of the best. And that’s saying something, considering that Willem Defoe, Christian Bale, Joaquin Phoenix, and, um, Phil Caracas had portrayed Jesus.

But one thing the faithful and non-faithful can agree on is the phenomenal beauty of John Debney’s soundtrack. And as Tanja Tzarovska’s angelic voice dominated Troy, she dominates The Passion of the Christ. She was recommended to Mel Gibson by Don Gallagher, a music supervisor she had worked with numerous times in London at this point. Gibson, a notorious stickler to detail, had a specific vibe in mind for John Debney’s soundtrack, and based on feedback he’d received from London musicians, decided that Tzarovska was the angelic voice he wanted.

As she told The Huffington Post, “Firstly I didn’t expect him to be at the recording at all, but he was, completely in control of everything. I was really in awe of how he literally carried this film himself, being present everywhere, with the actors, with the crew, with the music team etc. It was his project and he didn’t leave much to luck and to other people to do his job for him. So of course they’ll say he is hard to work with, but I really appreciate that trait in people and I’m exactly like that myself, when something is important, I’m there a 100 percent. He even stood with me the whole time in the recording room, talking things through between takes. The music was important to him so much and he wanted it to be amazing, which it was. It’s an incredibly beautiful soundtrack by John Debney and there is a team of amazing musicians on it. It was a wonderful experience, even more so because we were in Air Studios, which is an old church, watching the film on a screen and me singing over the footage. Incredibly moving, I was pretty much in tears.”

Though Mel Gibson’s career hit a bit of a bump, Tzarovska moved on and released a debut album in 2010 in “No Record of Wrong.” Tzarovska proved that she was not just the angelic voice but also a songwriter in her own right with “No Record of Wrong,” which included her own material and a few covers.

And Tzarovska was by no means done with Eurovision. 17 years after her first attempt, Tzarovska came back to Skopje Fest 2014 to try out for Eurovision 2015. And she came back with her own composition “Ako mi se vratiš” (“If you return to me”). A beautiful, traditionally Balkan ballad, Tzarovska’s increased profile with FYR Macedonia led to better production, and as an artist she had matured significantly since her last national selection outing.

However, her rivals for Skopje Festival 2014 were as unusually strong as they were in 1998. Tamara Todevska, who is gracing Eurovision 2019 with “Proud,” entered again with “Brod što tone,” which is arguably better and more unique than “Proud.” Risto Samardziev was back again alongside Eurovision 2011 representative Vlatko Ilievski, with other big names such as Dimitar Andonovski and Viktorija Loba competing. In this tough field, X-Factor winner Daniel Kajmakoski won with “Autumn Leaves,” with Tzarovska coming in 10th in the 20 entrant field. Though Kajmakoski impressed our “Expert” panel back in 2015 with his slick ballad, he came in second from last in Semi-Final 1 at Eurovision 2015.

At 39 years old, there are still potentially many more chapters to be written in the Eurovision story of Tanja Tzarovska. But as we observe the death and resurrection of Jesus Christ, we should also recognize her contribution to the telling of His Story, no matter how flawed the vehicle of delivery for that story. Do #YOU think Tanja Tzarovska should have been given a chance in 1998 and 2015 to impress for FYR Macedonia? Comment in our forum, on social media, or in the comments below.