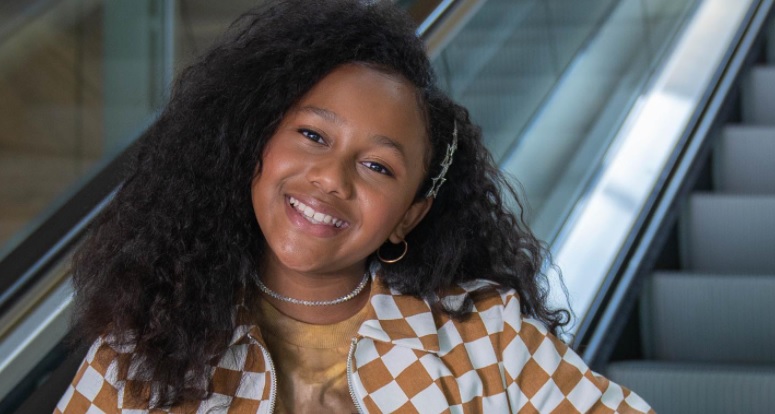 Another Wednesday means that we got another song of the Dutch national final for Junior Eurovision! Today, it’s the turn of Priscilla. Without further ado, let’s listen to her song “Be Alright” :

The song is written and composed by Willem Laseroms en Jermain van der Bogt. Priscilla is 12 years old and lives in Doetinchem with her Indonesian mother, Angolan father and her little sister called Filomena (3,5 years) Her biggest dream is to go study music at Harvard University and she’s determined to let here dream come true. You maybe recognise her from her participation on The Voice Kids in 2019, were she impressed everyone during her battle with Anouk were they performed their coach (Ali B) song “Meli Meli.”

This season 4 acts will compete at Junior Songfestival. The acts are: Ayana, Priscilla, Girlband Melody (Ceder, Faye, Angelina, Soline and Mirre) and the group SH!NE (Jade, Loïs and Lyova). The act that win the grand final on the 25th of September will represent The Netherlands at the Junior Eurovision Song Contest 2021 in Paris! Next Wednesday we will get the last song in this national final from SH!NE.

What do #YOU think of “Be Alright”? Let us know in the comments below, our forum, or on social media.