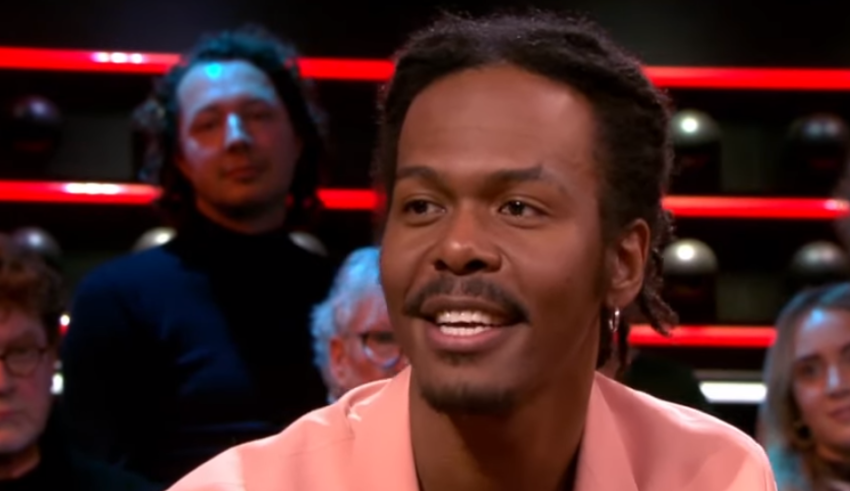 The official channel has unveiled the host entry for the upcoming Eurovision Song Contest, to be held in Rotterdam, the Netherlands. Introduce yourselves to “GROW”:

In this cerebral ballad, singer Jeangu Macrooy ponders the many decisions he’s made during his life, accompanied by lo-fi gospel-like rhythms. The Surinamese singer, who grew up in as an LGBTQ man in a South-American country, has the life experience and gravitas to explain to us, the viewers,  that while life may have some raw stuff, you will eventually figure everything out for yourself.

The entry was officially revealed on the Dutch talkshow “De Wereld Draait Door”. On the popular show, hosted by Matthijs van Nieuwkerk, Jeangu explained his motives behind writing the song.

“It’s really a rollercoaster. One moment I’m thinking this is “super awesome” and the other I’m thinking “this is super scary”. However, I am happy today is the day we will no longer need to keep it a secret.”

Being prodded on by van Nieuwkerk, Macrooy added: “Last year I had for the first time in my life a period where I no longer knew what to do. I didn’t feel comfortable inside my own skin.”

“The song is composed of two parts: the first part is about aging, maturing and figuring out there’s no tailor-made guide to how one should live their life. That there is no clear-cut path towards happiness. It shocked me and it made me upset, sad, angry, frustrated.

“The second part is about accepting there are highs and lows [in life], but if you make it through them, you eventually learn and grow.”

He further explained that he wrote the second part a few weeks after the first (signified by the gospel elements in the composition), once he had entered a happier state of mind.

Macrooy is one of six entrants who have autoqualified for the Grand Final of Eurovision 2020, set to be held on 16 May. The first live performance of “Grow” on a Eurovision stage will occur during the first semifinal on 12 May.