Home 2022 The Netherlands: Five Things to Know About S10 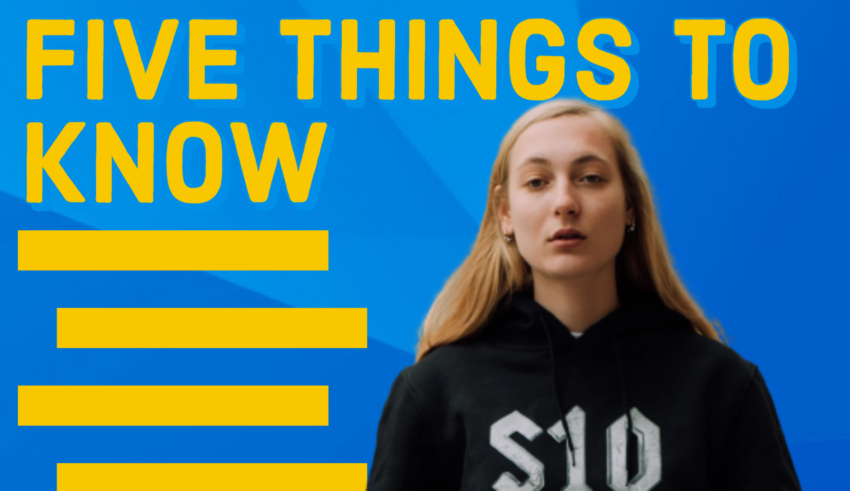 Earlier this week, The Netherlands revealed that 22-year-old singer and rapper S10 will be representing the country at next year’s Eurovision Song Contest. But who is she? Here are five things to know about the up-and-coming star:

But don’t take my word for it. Here is audio of S10 introducing herself in a Vice interview earlier this year. Now you can correct all your Eurovision friends when discussing The Netherlands’ entry this year. You’re welcome.

Her Star is On the Rise

S10 has been releasing music since 2017, but she achieved mainstream chart success for the first time this summer. Her song, “Adem Je In”, spent 8 weeks on the Dutch Top 40 charts. It peaked at #15.

Her 2020 album Snowsniper won Best Alternative Album at the Edison Music Awards, and her 2021 album Vlinders was nominated for that same prize. In Janurary, she was chosen to receive the Pop Stipendium award, a €10, 000 cash prize given annually to a rising star in the Dutch music scene.

In addition to all this, “Schaduw” her collaboration with Dutch hip hop artist KA currently sits at #7 on the Dutch ‘Tipparade’ chart, a weekly list tracking songs’ sales figures and chances of breaking into the Top 40 chart.

She’s Open About Her Struggles with Mental Health

Since first bursting onto the scene at age 17 with her debut EP Antipsychotica, S10‘s music has always been an exploration of her evolving mental health journey. Starting from the age of 14, Stien was in-and-out of psychiatric institutions. A few of the tracks on Antipsychotica and her second EP, Lithium, began as vocals she recorded from her bedroom in a psychiatric hospital, using only the microphone on her earbuds. The song “Positief”, off Antipsychotica, deals with the 17 hours she once spent in solitary confinement at one such facility. Lithium was titled as such because it was the drug she had recently been prescribed to treat her bipolar disorder.

Shortly after the release of Antipsychotica, she signed with hip hop label Noah’s Ark. And as Stien‘s mental health improved, her music reflected that journey. In “Wat is Real”, a single off her first full-length album Snowsniper, S10 is more hopeful, offering her younger self advice and encouragement. 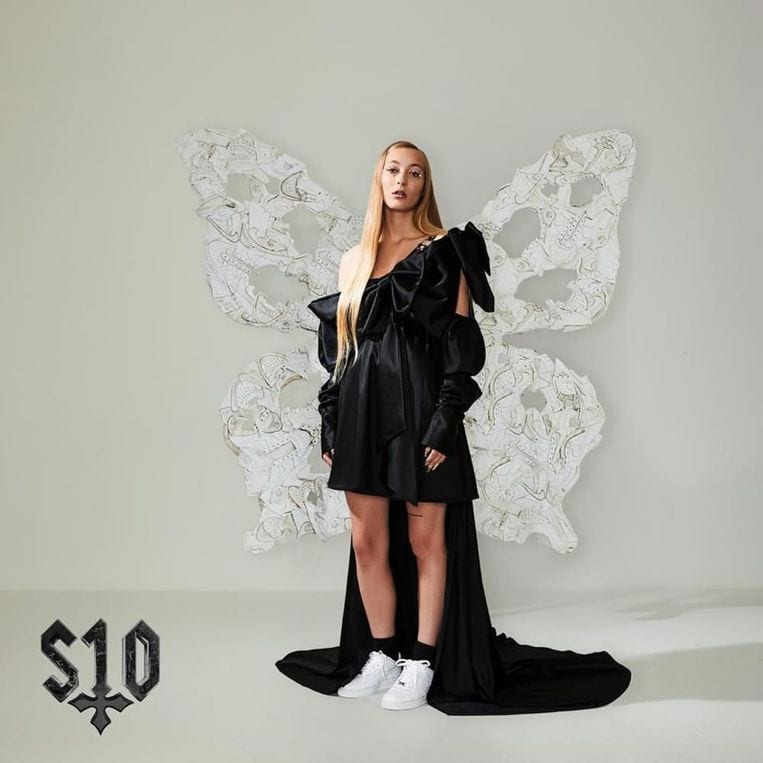 Her 2020 album, Vlinders or Butterflies, was aptly titled, reflecting a metamorphosis of her worldview. The songs, created in collaboration with Dutch DJ and producer Sim Fame, were less dark, more hopeful.

“The music is no longer as intense as before,” she said in a 2020 interview. “I just want my listeners to know that I am a normal person. I am a 20 year old who just lives on her own, can be in love or corny and just kind of does what she thinks is right.”

For the album cover of Butterflies (see left), S10 commissioned a giant pair of butterfly wings, made out of Nike Air Force 1s. The piece currently sits in her living room.

Last year, Dutch radio station 3FM released a short documentary about the singer. The filmmakers followed her off-and-on for a year as she recorded music, performed concerts, and talked about her evolving journey toward peace and happiness.

Though S10 originally began writing music as her own therapeutic exercise, the deeply personal themes of her earlier work spoke to listeners in a way she wasn’t expecting. Many of them have reached out to her through DMs on her social media.

“Recently, a boy said that he was afraid to tell his therapist about the voices in his head, because she would think he was crazy,” she said in a 2018 interview. “I told that he should be honest, encouraged him. I know what it’s like.”

In a separate 2018 interview, she spoke at length about the shortcomings in The Netherlands’ treatment and social programs and the cost associated with stays in psychiatric facilities.

“There is simply no good help for kids with psychological problems right now,” she said. “That’s not necessarily up to the clinics themselves, but the protocols are fucked up. It’s just about money.”

Since gaining her platform, S10 has participated in several events and initiatives dedicated to discussing and dealing mental illness in the nation’s young people, including organizing a concert for an audience full of kids with psychological problems.

Her First Moment in the Spotlight was Short and Sweet … Literally

At the age of 14, she appeared on Taarten van Abel, a Dutch children’s TV show hosted by pastry chef Siemon de Jong.  On every episode, de Jong visited children who wrote to him about a special person in their lives. He then helped them bake a cake for that person, while also interviewing them about their interests and their dreams for the future. Stien wanted to bake a cake for a friend she had made since moving to a new town with her mother and twin brother. The episode ends with Stien, still wearing an apron, trudging down the street with a large cake and presenting it to her friend. It’s all very wholesome and worth a watch if your soul needs a pick-me-up. That clip is below. The entire episode can be viewed here.

Were #YOU already a fan of S10’s music before she was announced? How do #YOU think she will do in Turin? Have #YOU tried to Google her, only to find pages and pages of cell phone advertisements?  Sound off in the comments below, in our forum, or on social media @ESCUnited.