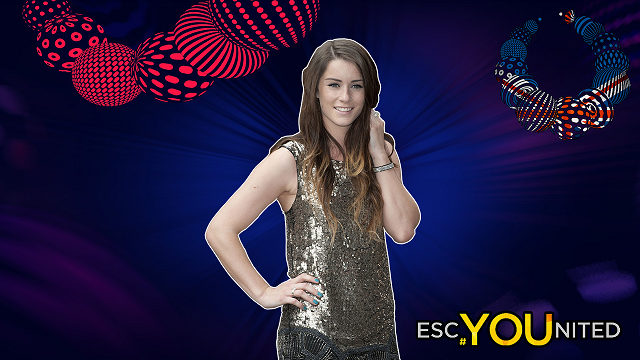 United Kingdom: Lucie Jones – Never Give Up On You

Romeo – 10 Points
This is by far the best UK entry in 20 years! I said it the day I heard it. This gives me chills. I love this song so much. I think the original was great but this is even better. I cannot wait to see her smash it on the night. Lucie is a great singer and will go all out in May. This will do a lot better than people think!

Ferdi – 10 Points
One of my favourites this year. I absolutely loved the “raw” version that won the national selection and it was my winner for a while. I reacted quite negatively to the revamp but I’ve come to terms with it; the song sounds just as great as before. Lucie is a beautiful lady with an equally beautiful voice, singing a beautiful and emotional ballad – which happens to be one of my favourite kind of songs. Everything here is just (almost) pitch perfect. Not my winner (yet), but I would love Lucie to win in the end.

Calvin – 9 Points
This is certainly among the strongest of the many ballads we have this year. It sets the scene very well with a quiet opening, giving way to a very odd first chorus, and builds from there, reaching a stunning glory note at the conclusion. Lucie’s musical theatre background is very clear in the song; she’s incredibly showy with the emotions of the song, which actually helps them to be communicated clearly here. She pulls the song off especially well live, letting a staggering amount of sound emerge from her voice.

Robert – 9 Points
My home country, it has to be said, has not had the best record at Eurovision recently (mostly well-deserved) and it looked to be heading that way until we heard this live at the UK National Final… Wow, she blew me away! Her voice is so strong, yet there’s just a hint of fragility which packs the emotion in. I was worried that I’d stop loving this song as much as time passed, but it’s still intensely powerful for me. Yes, there are a lot of female ballads this year, but this, along with Finland, is one of the very best. A strong and uplifting message combined with a beautiful melody and voice. Could this be our year…? One small nitpick is that the climax could be a little more emotional, but it’s still an excellent entry.

Gerry – 7 Points
Lucie’s performance could very well be the United Kingdom’s best Eurovision attempt since Jade Ewen’s “It’s My Time” in 2009. Just like the ballads that gave the UK its only top-10 finishes in the 21st century, “Never Give Up On You” has both power and emotion, backed by a strong performance from a female vocalist with a wonderful voice. Also, the song was co-written by Emmelie de Forest. As tired as I am of “Only Teardrops,” it did win the whole thing in 2013. Could the UK breach the top 10 this year? It’s difficult to say, but juries and televiewers alike should at least reward Lucie with a well-deserved result on the left-hand side of the scoreboard, Brexit be damned.

Sean – 7 Points
Some will see this as a feeble attempt to curry favour with the European people after the big Brexit bombshell of 2016, and if it is, it indeed is feeble. But as a song, it is the best revamp of the year. Lucie is likeable, the song now builds to a fantastic ending and the BBC are finally trying more interesting things compositionally. Not the best ballad but certainly one I can be proud of as a Brit – we’re heading in the right direction it seems!

Stefan – 7 Points
Now this is how you revamp a song! Thumbs up for BBC making this waaaaay better than it was before. With an interesting performance this could end up on the left side of scoreboard.

Zack – 7 Points
Lucie Jones has grown so much as a performer since her days on X-Factor UK.  The performance is powerful, with Lucie showcasing great vocal ability.  My one concern is that the song still plods along; it almost gives me the final “wow” moment that previous ballads at Eurovision have.  The revamp gets things closer to what I was hoping, but still lacks some “oomph” and feels like a demo track.  Still, I think this is one of the best UK entries in a long time and this, coupled with last year’s song, is showing that the UK is heading back on the right path.

Matt – 6 Points
Okay, let’s focus on the good first: Lucie can sing, what a beautiful voice. The BBC team has done a pretty good job with the production of the song, the orchestration is magnificent. Now let’s address the bad: It’s boring! It was so close to being something good, you can almost feel it. But something is missing, that final spark that makes a song stand out. But Lucie has a great stage presence, if someone cam make it work. While I can see this one doing quite well done in Kyiv if done right, I am not doing backflips for it, sorry.

David – 3 Points
First things first, it’s a ballad, so there goes most of my points for this song. Second, I’m taking the Eurovision version, or the polished version into consideration, but why does the song sound more techno now? I imagine whenever I listen to a ballad, that we need these heavy sounding instruments. Like in the first version, where we had a heavy piano, then it’s completely gone now. The modern sounds doesn’t really fit a ballad, and the lyrics seems placed out of tune at some few points. It’s like Lucie just has to sing it all, straight away, and get it all done. I enjoy her voice, but it just sound like something is out of place.