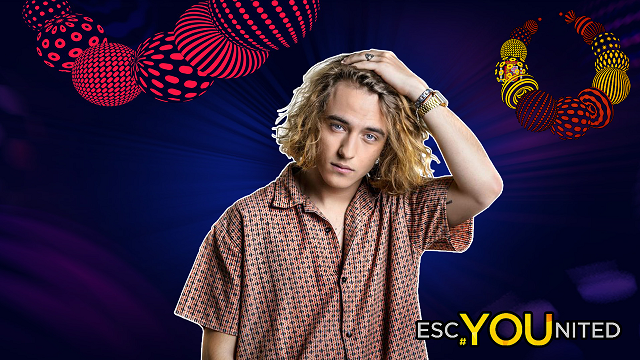 Spain: Manel Navarro – Do It For Your Lover

Romeo – 7 Points
Now I have a soft spot for this song, I really like it. It’s fresh and fun. I love the melody and his voice is great. But I am not naive enough to think this has a chance of winning. My personal opinion on the song and my prediction for the song are totally different. Its a great summer song and I think it will go down well if the 13th of May is a heatwave and everyone has been to the beach in the day. I still don’t see it winning but it could gain a few extra points.

Nenad – 7 Points
Manel won Objectivo Eurovision. In case you do not remember, he was accused of a ‘fake win’ as the votes in Grand Final were not calculated well. What a story?! This is a love song. Flat but listenable. I enjoy listening to it. Plus, I think that they did a great job with music video which reminds me of a summer spent in Spain. Nice track.

David – 6 Points
Let’s put the controversial Spanish final aside and focus on the song. It’s actually quite a guilty pleasure song, because it has this summer tune to it and it’s easily catchy in my opinion. The lyrics are nothing special, but it is so simple, that you might end up singing along to it. The song has just have those good vibes to it, and I like it. It’s a sweet innocent song and as invisible it mind end up being, then it has it’s charm.

Matt – 6 Points
The chorus makes you wanna sing along so badly though lyrically I can’t say I’m too impressed. Granted, I don’t speak Spanish so no clue what Manel talks about in the verses but the chorus is a bit too repetitive for my taste. This could have been a fantastic summer feel-good song but it overall misses the mark in the end. Even the bridge consists of the same line over and over, it gets old. But the beat and catchiness makes up for it somewhat. Maybe it deserves a lower mark but I can’t hate it so here you go.

Zack – 6 Points
Summery, poppy and hits all the right notes for me for the radio, but perhaps not so much for Eurovision.  The seamless mix of English and Spanish is a welcome return to the Spanish entry, but the song may struggle to stand out.

Jordan – 4 Points
A controversial selection by Spain – I much preferred Mirela in the national final. This track is completely inoffensive and that’s the problem. It starts out quite nice, but becomes boring very quickly and will disappear on the night. Despite this, I have a horrible feeling that it will reverse Spain’s run of bad luck in the contest and challenge for the top 10.

Gerry – 3 Points
Faced with much better choices at Objetivo Eurovisión, Spain really shouldn’t have gone with Manel’s “Do It For Your Lover.” The English hook is catchy enough, but the song itself, as a whole, is forgettable. It goes nowhere with its mid-tempo beat and lack of areas for Manel’s vocals to impress, and it relies a bit too much on synthesized vocals in the chorus. For a feel-good summer song, it’s ok, but it won’t likely see much success on the Eurovision stage.

Calvin – 2 Points
The verses to this almost work. Sure, the chord progression is pretty awful, but the flow of the Spanish language works well with the melody Manel sings. The lyrics are actually somewhat sweet as well. However, the verses give way to a dreadful, cringe-worthy chorus with the confounding choice of “do it for your lover” as the lyrical hook. Once “do it for your lover” ends, “clap your hands” fits awkwardly into the melody. The obnoxious vocal distortions after the chorus don’t help; they sound out of place next to the acoustic guitar line.

Sean – 2 Points
When they had a few explosive choices that could’ve really set Spain up for a strong performance, they decided (in rather controversial circumstances admittedly) to go for a pastel-coloured guitar pop song instead. While there’s no denying a certain innocent charm with the song, it unfortunately also suffers from being absolute drivel. I can sort of see why the jury went for this, hoping it could become this year’s catchy summer hit, but it’s instead a sad sign of regression from last year’s anthemic Say Yay! What a shame… this is one I can just about finish the full three minutes of, I’m afraid.

Stefan – 1 Point
For me, the worst Big 5 song and also in the bottom five of my top 43. Boring, bland, trying to be different, but it’s just not working. I just don’t have any words to say about it, it just not worthy of it.

Robert – 1 Point
Oh Spain… After that disastrous national final, Eurovision has ended up with the most insipid song of all. A painful mixture of Spanish and English from someone who struggles to sing does not a Eurovision success make. The lyrics are painfully repetitive and the song just does not work on any level for me. I have no liking for the Spanish guitar and singer combination as a genre, but this is just so lifeless and lacklustre, it really represents the worst of its type. The electronic beats in the background just hurt my ears and feel forced on the song as opposed to something which actually works with what’s already there. I cannot think of any redeeming features about this song beyond, perhaps, “it ends”.