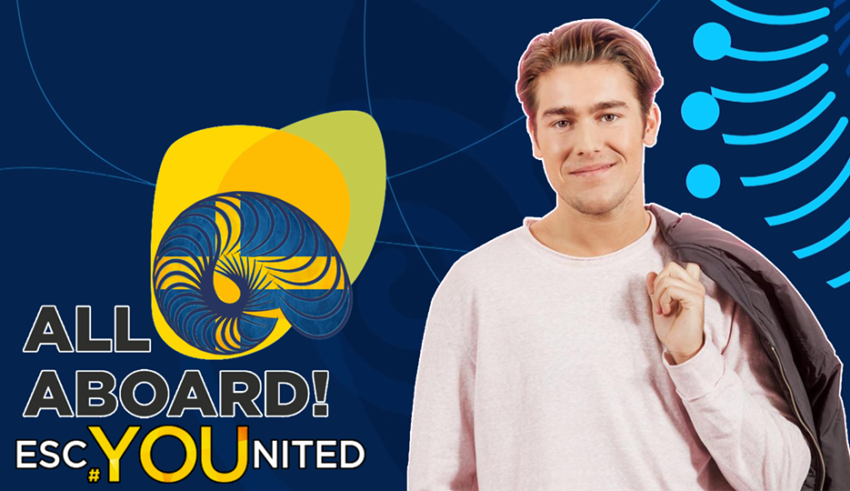 We’re almost ready to dissect one of the most scrutinised entry of each year in Sweden, but we must remain with their Nordic counterpart for now. What did #YOU think of the Iceland entry?

Sammy (Forum) – “The song may be dated or even kitsch. He’s adorable”

Citelis (Forum) – “It’s not that bad! It’s outdated for sure and doesn’t deserve qualification but people react like this the worst song ever. It’s just an boring, outdated song”

leelook (Forum) – “Oh, Iceland… If you’re gonna send such an outdated song, at least give us a throwback to a time when Eurovision was fun like Moldova is doing this year! This reminds me of the awful 90s Eurovision, and this song would be hopeless even then. 1 very generous point solely for the cute and sympathetic singer who deserves something better than this bore”

Iceland received a score of 50 points from the ‘televote’, and as usual we will see where they place later on in this article. Now it’s time to discuss the Melodifestivalen winner!

27. SWEDEN – Benjamin Ingrosso – Dance You Off

Christian – “NO. It does not remind you of Justin Timberlake at all. If so then Benjamin is inspired and that is not a bad thing. How talented is he? This guy has such diverse talent and impresses on all levels. He is a DIY young man and his craftmanship does impress me. Laying down my armour!”

Connor – “This song is good, and I really enjoy what Benjamin is bringing to Lisbon this year. It’s a very contemporary Michael Jackson vibe, mixed with a bit of funk. We all know Sweden will do well this year, but for some reason I can’t connect with this song as much as others. Overall, Sweden made a safe top 10 choice.”

Sean – “Sweden ran the risk once again of going style over substance, but luckily they have sent a thoroughly decent pop number with an infectious groove and relatively simple stage show by Swedish standards. I’m not convinced by his vocals yet but he has a stage presence and teen idol charm that already gives him a televoting head start. I don’t think it’s too controversial to suggest another high finish for Sweden, but this is a neat little pop number that would warrant its placing for a change.”

Zack – “Totally gives me George Michael mid-90s vibes and as much as the Swedish hit factory can annoy me, I can’t help but find myself singing the chorus. He should be thankful that he has 5 back-up singers to help carry the song because I worry about his live voice. However, throw in the epic staging of Melodifestivalen and another sure-shot Top 5 finish.”

Stefan – “Music is not fireworks. In this case music is not a flashbulb. Again Sweden is serving us with a song that’s full of show and lacking of quality music. It’s not a question if he can sing, cause he can, I just want to see more focus on the song and not the performance.”

Calvin – “Sweden: There’s something very rehearsed about the entry, especially in the way it’s presented. Sure, it feels very slick and “cool,” but on the surface, there’s nothing asking me to feel anything. But Benjamin himself brings something very human to the entry. He struggles with the vocals a bit, and that, paradoxically, makes it a more enjoyable listen; it shows that there’s something interesting, if flawed, behind the polish and the style.”

Efe – “This year, I can be the one and only person who thinks that Sweden ABSOLUTELY deserves to be in the final! Benjamin wasn’t my favourite and neither was his song, but I am pretty sure that the song will be evolving with a nice combination of stage performance and vocals.”

Matt – “It’s not that I hate the song, it’s danceable and a decent club song. It just feels contrived and a bit soulless. “Dance You Off” heavily relies on the visuals and since I’m judging the song only, I just don’t see myself going crazy over this one. In addition, Benjamin’s vocals are underwhelming to say the least.”

David – “If we talk about dated songs, then here we have it. This has to be, the most dated song of the year. The style of the song, and even the video put me somewhere back to the 80’s, despite I wasn’t even born at that time, and I’ll admit, it has some catchy tunes, but it barely speaks to me. It’s alright in the beginning, but I just lose interest very fast, the only way I’ll listen to this song, is if I’m listening to a playlist, otherwise I’ll just skip it the moment I realize, what song I’m listening to.”

Robert – “Oh Sweden has done it yet again! Frankly, it’s getting a bit annoying as I used to enjoy their entries, but this is just another song which frustrates me. I will concede, it’s their best entry since “Heroes”, but that’s saying almost nothing… It’s full of electronic noise that adds nothing to the song and, sorry, but his voice is just annoying. It has its moments – I do admit to liking the beat towards the end – but overall, not a fan. Also, how does one “Dance You Off”? What does it even mean?! I hope Sweden stops sending this kind of song, but given their recent results, I rather doubt they will just for me…”

Mostly positive reactions for Sweden’s entry this year and this nets Benjamin a jury score of 59 points. But how will this compare to the previous entries? Let’s take a look at our current leaderboard and try to predict…

Now it’s your turn. What do #YOU make of this year’s Swedish effort? Is it another polished performance or have they missed a trick in 2018? Share your short review of the entry with us below in the comments, on our forum or on social media @escunited and we’ll share the best thoughts tomorrow! Please also make sure to vote in the poll below to help decide Sweden’s final position!

Tomorrow we move far away from the Nordics as we tackle the song from Armenia, but were our panel moved or turned off by Qami?