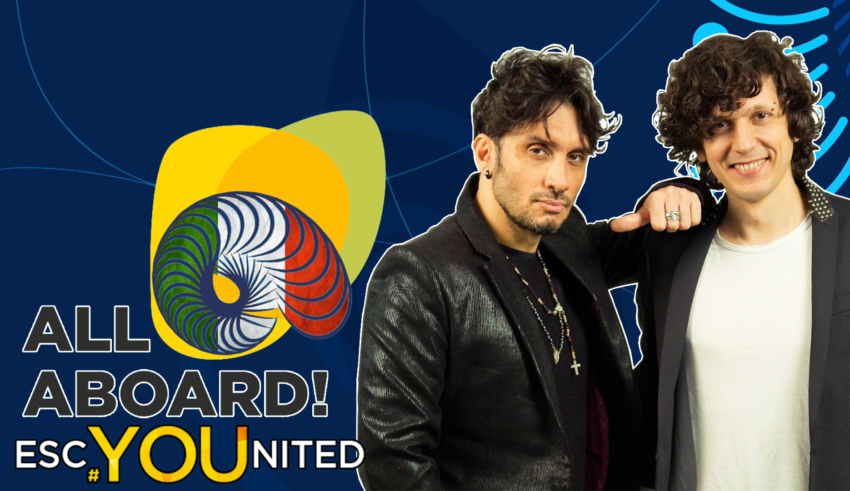 It’s almost the turn of the last of this year’s finalists to face the panel, but we need to step back a second. What did #YOU think of Austria?

hungo (Forum) – “I think Austria will do very well this year, no doubt the live performance will be much more impressive than the video. Cesár is an excellent performer. Top 5 with the juries. Televoters is difficult to predict for Austria, but Top 15 in any case.”

debemaks (Forum) – “The song is nice but if I close my eyes I just see him walking on a record player like last year Isaiah in his song representing Australia.. This song really sounds like “Don’t Come Easy”… they look-like exactly the same… you can even overlap them while playing… just average in my honest opinion.”

Soul (Forum) – “I’ll keep this short: I LOVE our entry – I really do. Not because I’m Austrian (this aspect just adds pride), but because the song is sooo much better than I would have ever expected after “Running On Air”. Indeed it’s the first time since Conchita, that I really, really want people to hear our song and react to it. Zoe and Nathan were likeable performers, but Cesár isn’t just nice as a person, he also has a fantastic, modern, radio-friendly song. If there’s one thing I would change it’s the chorus, as it lacks some energy, but the middle 8 (“don’t make me tear my heart out, …”) certainly makes up for it. Can’t wait to see it being performed (hopefully) in the grand final.”

Some good vibes for Austria here then, and the final ‘televote’ score for Cesár is a massive 78 points. We’ll see whether this is enough to snatch top spot later on, but now it’s time for Italy…

David – “OH YES! I’ve been waiting for this song! I’ll just say it straight out, this is the only song this year, that gets a perfect score from me. Why? First of all, it’s the only song that I enjoyed fully out, on my first listening. The message goes straight to my heart, despite I’ve never learned any Italian (knowing Romanian, does help at least). The tempo of the song is perfect, it just keeps building, a simple melody that sticks, powerful message, this is a pure masterpiece with me! It’s just pure magic, a real wonder!”

Christian – “The lyrics alone should win all the awards as possible and I hope everyone reads the English translation. I am impressed. Two great vocalists delivering a serious message and this is such a powerful meaningful song. Grazie mille for bringing this to the contest.”

Matt – “This is how you do it! Sing in your native tongue and give us a song that has a meaning and Europe will get it. I don’t speak a word of Italian but these two gentlemen perform it well, I can feel the words and the meaning of the song. This is what I love about the contest the most. Thumbs up from me and straight into my Top 10!”

Stefan – “No more wars songs. I only mind the theme, but the song itself is very, very good. They deserve to go to the top, but I have some fears. Even though I like it, I don’t have much to say.”

Zack – “A song that builds and builds and builds. But what a climax! The strange thing is this is one song that seems to have not been heavily discussed when people have been complaining about politics in Eurovision. But the raw emotion of the singers comes off as genuine and not insincere. I’m sold.”

Connor – “This song rides the border of spoken word with music, but once it hits the duet section it really gets going. It’s definitely not my favorite Italian entry, but it certainly makes a grand statement. I’m not sure this will crack the left side of the board though.”

Sean – “Last year, Italy’s big favourite suffered the effects of a time-cutting exercise, and some of the magic was lost in the three-minute version. Surprisingly, the exact opposite has happened this year. The message in this song comes across much stronger in a compact schedule and builds at a steady but exciting pace as a result. It’s not one of my favourites and could use some bigger, more exciting moments but I can appreciate the quality and emotion in this song for sure.”

Robert – “Last year, Italy was one of my standout favourites. This year… Well it’s certainly an interesting entry. I’m not overly convinced by the singing style throughout the verses in truth – it tends a little close to rap – but it does work in its own way. Maybe a little more of a distinction between the verses and choruses would help break up the song a little more? As it is, it feels a little bit rushed together and almost disorienting. The ending could also do with a bit more work as it doesn’t add anything we haven’t already seen earlier in the song. Middle of the road for me.”

Calvin – ” I do appreciate the depth of the lyrics in the Italian entry; they carry a beautiful message delivered creatively. But musically, there are a lot of problems with the song. I’m really irked by the bad scansion; the rhythm of this song is quite difficult to get into. The choice to perform the song as a duet doesn’t make much sense; the polyphony in the chorus sounds like they’re shouting over each other, and a second voice in the verses takes away the emotional punch of the song. The jolly orchestrations don’t serve the lyrics well, either. While the lyrics are among the strongest of the year, they aren’t served well by the music.”

Efe – “I can’t follow the melody! I know that “Non mi avete fatto niente” has huge message. I don’t like the song to be honest… I was waiting for something has the potential of winning this year but I quite disappointed actually.”

Another strong showing for a song facing our panel and Italy’s final jury score is 68 points. We will have to wait and see how this is bumped up by the ‘televote’ tomorrow. Let’s see the latest rankings…

A massive score from the jury and televote sees Austria shoot up to third overall, tied with second placed France on points but behind on televoting score. Israel still cling on to top, but can Italy challenge for the top?

Now it’s over to #YOU! What are your thoughts on the Italian entry for Lisbon? Share your short review of the song below in the comments, on our forum HERE or on social media @escunited and as ever we’ll feature the best tomorrow. Don’t forget to vote in the poll also!

Tomorrow’s entry comes from far in the east, as Iriao of Georgia bring their local culture to be judged by the panel!