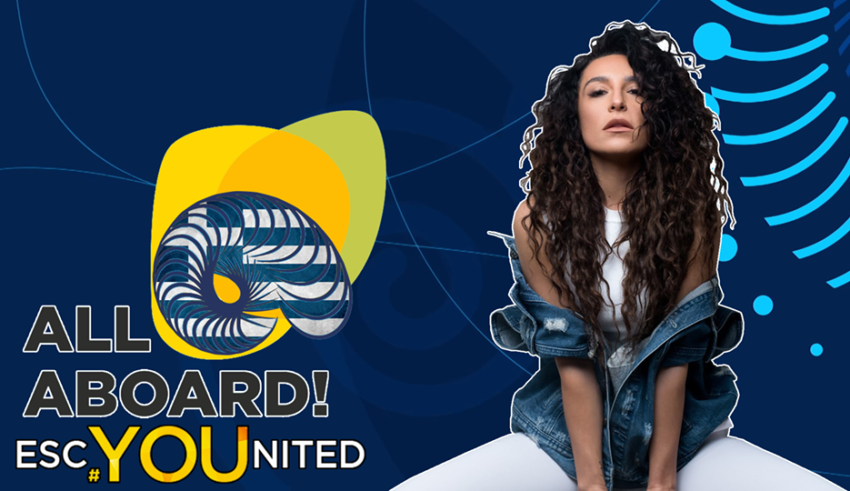 We’re almost ready to move on to the panel’s reviews of Greece, but what did #YOU think of Montenegro?

midnightsun (Forum) – “I‘m quite confident this will qualify – it surely deserves to! To me it‘s still “Lane Moje” or (the even better) “Lejla” (one of my favourite Eurovision songs ever!) league. I don’t see any difference between them and “Inje” and I hope people on television and the juries will share this opinion. Maybe it‘s exactly this resemblance why the song is so underrated in the polls (Vanja is a great singer so this can’t be the reason).”

ApEsc (Forum) – “The fact that he sings in his original language, adds to this song, I really like the adaptation of the song, the entire production, the video is also nice.”

mauve (Forum) – “From what I heard now, he really had the best vocals. He is really good, though I don’t like the song much. But by far he sounds best! Compliment!”

Montenegro earn an average score with the ‘televote’ of 47 points. How will this compare to the previous 39 entries? We shall see later! Now, on to Greece!

Christian – “My god. How good is this song? They are certainly back and MUST be in the final. Wonderful song by a woman that certainly can sing and even in the native tongue. My ESC heart beats faster when I hear songs like this. It is simple and very beautiful and showcases so many elements of how to write a song. The ethnic authentic instrumentation and dramatic breaks and vocal acrobatics sound natural and not forced at all.”

Calvin – “There are some really captivating things going on in the Greek entry. I love when it gets to the climax and a second vocal line emerges. The instrumental break before it is also a highlight; it’s a unique, interesting twist in the song. Unfortunately, there’s some meandering to get there. The first two choruses don’t really have a chance to shine like the final one does. Still, once it comes together, the Greek entry really delivers, and it gets a thumbs-up from me.”

Connor – “This is another entry that I love, but I’m scared to see what Yianna brings to the live performance. While I love this song, a lot of this song’s power comes from the silent and reverb moments in the track, which are hard to maintain at Eurovision live. Don’t disappoint me Greece, I’m counting on you.”

Matt – “Good, really good. Interestingly enough, I don’t listen to this one a whole lot even though I find this unique and magical. I think it’s going to be even better live so I’m really hoping for something eye-popping. The instrumental bridge is my favorite part, really powerful.”

Zack – “Epic, dramatic, and in the Greek language.  Like so many non-English songs, the use of another language helps it to stand it and I cannot wait to see this performed live.”

Efe – “Do you think the old Greece is back? When it was first released I felt like Gianna would make it to the top 10 but now, (with the existing of favorite countries) some Greek fans may be upset on the night of Semi-Final 1. Nevertheless, I wish her the best! Yassou Ellada!”

Stefan – “They wanted to have a song in Greek and they are “treating” us with one. Honestly, it’s not my cup of tea. What is going on in the last couple years?! Greece always had one of the best songs in the contest and they were one of my favorites. Now they are barely qualifying. I wouldn’t be surprised if this stays in the semi.”

Robert – “This song takes forever to do anything interesting and even when it does, is it really that interesting? I suppose that the harmonising is nice in the first half of the song but it just feels so empty! And the climax is fine, but it just lacks any oomph and, to me, only feels like a climax before of the sparseness of the first half. In fairness, it is quite listenable overall, but I find it totally forgettable as a song. Greece have an excellent record, so I doubt that this is in trouble when it comes to qualifying, but I kinda wish it was…”

Sean – “I have to hold my hands up and admit something – this is the song I have paid the least attention to this year. It’s nice, dramatic almost… but I just cannot enamour myself with this song at all. It’s very one-note to me and a little generic, if a song as traditional as this can be called that! Kudos to Greece for sticking to their roots but it hasn’t quite pulled off this time in my opinion.”

David – “I was so happy to hear that Greece was going for something that sounded very Greek, but this is not what I expected. A very heavy and dark sounding song, which is the opposite of what I’ve hoped. Greek is one of my favorite languages, and I’ve been exposed to Greek music since my childhood, and so I hoped for something that makes you smile and feel good. I’m completely lost with this one. My support is mostly towards the fact that it’s in Greek.”

Greece’s final score from the jury sits at a strong 58 points. Let’s see how our standings sit at the moment!

Montenegro finish comfortably mid-table in 25th place, behind Croatia only on a lower ‘televote’ score. Can Greece, Denmark or Ukraine pip Israel to the post?

Now it’s over to #YOU! What did #YOU think of Greece’s entry this year? Share your short review of the Greek entry below in the comments, on social media @escunited and on our forum HERE and we’ll share the best here tomorrow! Don’t forget to vote in our poll below to help decide the full Greek score!