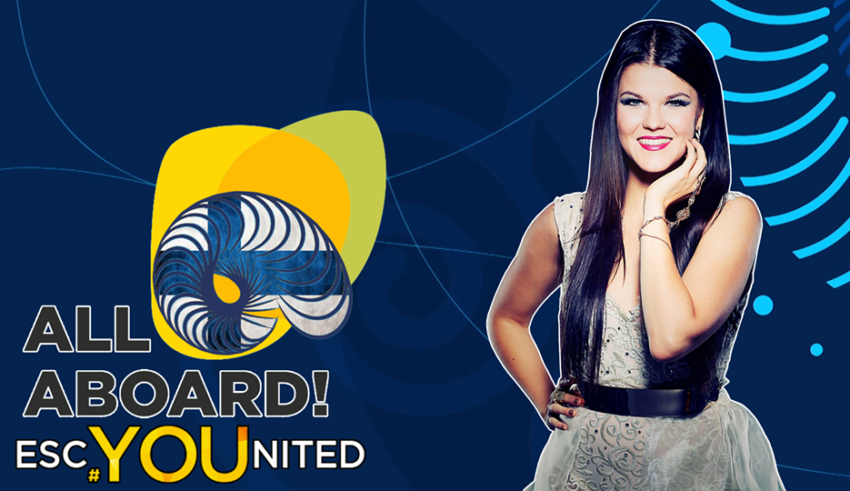 It’s almost time to review one of the most anticipate artists of the year in Finland’s Saara Aalto, but let’s turn our attention back to the United Kingdom for a moment. What did #YOU think of the British entry “Storm”?

QwaarJet (Forum) – “A solid, anthemic pop song with a likeable, charismatic and powerful performer. I would say it’s the best UK entry since 2014, but Molly was poor on the night. I think many fans will be surprised at how well this does…as long as they don’t mess up the staging.”

Colin D. (Facebook) – “Before You Decide SuRie wasn’t rated. It’s the live performance that lifts it and I still believe, with the wind blowing in the right direction, Storm can achieve a better result than last year for the UK (pun intended!).”

illustrado (Forum) – “Not the worst and not going to win. 7 pts. Also not going bottom five. Same spot as Lucie”

The UK ended up with a televoting score of 49 points, just below the average, but certainly gathered a lot of publicity with the most voters in a poll so far in this year’s panel! We’ll see how the UK fares later on.

Next up is Finland’s “Monsters”. How did we rate Saara Aalto’s long-awaited Eurovision entry?

Connor – “I’ll be honest, I preferred Domino for Saara, just because of the power it brought. But that doesn’t mean I don’t love Monsters. Assuming they keep the staging from UMK, this entry has the potential to really shine in Lisbon. Even if she doesn’t win, she’s made her Eurovision debut, Finland will no doubt qualify for the Grand Final again, and she’ll become an international hit.”

Calvin – “So it’s not the instant winner that the betting odds were hoping for from Saara Aalto, but it’s a fun, campy song that hearkens back to Eurovision’s recent past. In a way, the “have the courage to be yourself” message of the lyrics is evident in the song; “Monsters” throws modern trends in pop music to the wind in favor of melodrama and uncynical joy. The only issue was the selection show performance. Both Saara’s work and the staging were problematic; Saara seemed not to bring the energy the song demands. I hope she can pull it together in May.”

David – “Time to get freaky, or not really. Considering the title of the song, then it could benefit from some freaky beats, rather than being a simple pop song. However, since it’s Saara, then damn she still delivers, she’s a great artist and she’s indeed giving it all that she’s got for this song.”

Efe – “Saara Aalto, a superstar. At least, she’s a superstar for me! Finland finally decided to send something really strong this year. “Monsters” is an energetic song and a strong pop song. I am pretty sure that Finland will be qualifying to the final this year!”

Sean – “I’m rooting for Saara, I really am… she’s a real personality who would deserve nothing less than success in the contest but she needs to make sure her performance is powerful enough. Her Lithuanian performance gives me hope she can carry this house banger in Lisbon, but it’s still up in the air. Song-wise however, it’s ferocious, catchy and makes me want to move!”

Stefan – “From the moment it got released I knew that Monsters would win. There is no question if Saara will qualify. The only question is about the final result. I’m closing my eyes and I see a colourful performance with crazy costumes. I know it will seem mean, but I would love to see her as a runner-up.”

Matt – “Saara can sing, no doubt about that. This song has some really nifty high notes and I wish the song had more of that. The song is good, it feels comfortably familiar and the staging is what will make or break this song.”

Zack – “Fanwank alert! I’m waiting to see the actual performance live at Lisbon as the Finnish national final selection was a hot mess saved by the song itself.  But very catchy.”

Robert – “I won’t pretend that I was particularly impressed by the three songs offered up by Saara Aalto for selection this year, but “Monsters” was certainly the best choice of the three. The chorus is really cool and it certainly has a great beat throughout the song. I also have to say I really love the build at the end of the choruses as well. The verses are, however, a bit of a letdown on the whole. Overall, it’s a strong entry but one I am struggling to really get into.”

Christian – “I still think it would’ve been such a catch if Saara had represented UK instead of Finland and I had wished her some better songs. A good choice to give her 3 songs but I can only dream about her performing “Storm”. In Monsters there are too many breaks, pauses and silent moments where the song does not come back on a stronger note. It is the kind of song that I really want to like but even after many listens still have trouble liking. Missed opportunity for Saara and Finland. They should simply have waited until they had a better song for her.”

A strong starting point from a mostly positive response as Finland scores 73 points from our jury, but how will the ‘televoting’ segment help or hinder her? It’s up to #YOU how you vote below!

Here are the current standings;

Now it’s time for #YOU to have your say! Is Finland one of your favourites, or not at all? Let us know your thoughts on the song in the comments section below, on social media and on our forum HERE and we’ll feature the best reviews tomorrow! Make sure to vote in the poll below too!

Tomorrow’s reviews will be for Switzerland’s “Stones”. Do we think the song will take the Swiss back to the Eurovision final or is it another year of dissapointment?

Share your thoughts on Finland 2018 in the “Expert” Panel thread HERE.