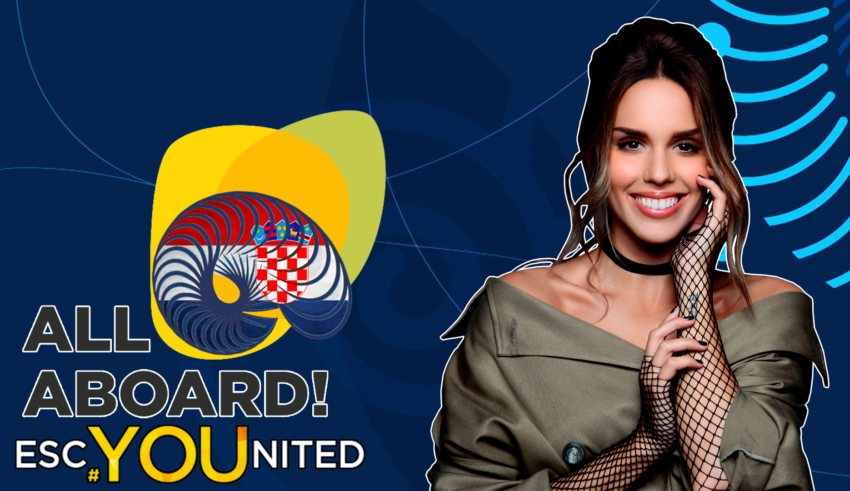 It’s time once again to delve into this year’s selection and pick apart one of the 43 entries! At least, almost time… before we will take a look at what #YOU thought of yesterday’s song, Malta!

BernadetteCydonia (Forum) – “For once an entry this year that’s just there. It attracts some people because Christabelle’s vocals or the lyrics (that are incredibly by-the-numbers imo, at least in the chorus), but for me the whole song is just there and nothing more, nothing less. Not even dubstep saves it anyhow. Though I indeed like her vocal decency and the key of the chorus, it separates itself from the bland verses.”

Kevan1994 (Forum) – “It’s a difficult challenge to try to craft an intelligent pop song centred around mental health that. I definitely applaud the effort and some of the lyrics in the verses are actually quite powerful in telling a story (e.g. I know that I am not alone; Let all our thoughts and ghosts unfold; In the darkness I’ve found home; But what is next is still unknown). Unfortunately, the styling of the song doesn’t allow the listener to fully focus on the message in a meaningful way. Also, the clichéd use of “sticks and stones” and the repeating of words in the chorus (i.e. “animals, animals”, “criminals, criminals”, “miracles, miracles”) makes the song feel instantly cheapened.”

Not too favourable in these reviews, and the televoting score for Malta stands at just 43 points – so a major difference between the jury and televote! We’ll see where this puts Malta later on. On to song number eight…

Matt – “Sultry and sexy, Franka is impressing with something that has a bit of an RnB feel to it. Alicia Keys must be angry that she wasn’t given the song. I really like it and the composition & orchestration is divine. It has a few flaws which I am happily overlooking as the overall product is fantastic.”

Calvin – “At every turn where it could’ve shown some restraint, this entry instead chooses to go over-the-top. This is a big risk, and I think it almost exclusively pays off. My favorite section is the campy, much-maligned spoken word section, which comes out of nowhere and demands attention. Franka’s performance is also a big part of the entry’s extravagance; she brings intensity to each word and has a lot of fun with the melodramatic lyrics. “LAH-AH-AH-AHVE” in the chorus is the clearest example. My only nitpick is the subtle but distracting use of vocal distortion; it’s a played-out production trick, and such a captivating package could’ve done without it”

Zack – “A great song. Sleek and polished. There is a part of me that feels it is quite similar to the Latvian entry, but a welcome standout.”

Sean – “It took me a few listens to get this song but it’s a really unique, jazzy take on a pop song and I think it works surprisingly well. It gets a little monotonous towards the end and a lot will hinge on its translation to the stage but thank you Croatia for trying something different!”

Connor – “Sadly Franka’s song is the Martina Bártra of 2018 for me. While I love the track and her voice, this song goes nowhere fast. I’m not sure that this song will qualify on her voice alone, especially given the songs in Semi 1.”

David – “A very daring effort from Croatia, and big respect for that. Franka’s smooth voice goes perfectly along with the smooth jazz vibes of the song. Yet, I’m personally not that into this style of songs, and I can see myself starting to skip this one after 1 or 2 times.”

Stefan – “The teaser got me really interested, but when the song got released I was torn apart. Do I love it, do I like it, do I hate it? I just don’t know. It’s kinda monotonous. It has some UP moments, but overall I see a flat line. She could have done it much better.”

Christian – “Another very polished studio cut that sounds a bit state of the art. There are some jazz elements that saves it and a middle part too but it is a song that is tough to remember and seems lyric heavy too. They must be sure that Franka can deliver live as her vocal is very much in focus throughout the song. It sure can grow but not instantly catchy. It does not make it a bad song or her a bad singer. But in a show based on first listen to most viewers this will probably not do well.”

Efe – “Franka already had explained that her song won’t reflect Croatia or its music and she is going to try something different before the song reveal. Franka’s voice is pretty authentic and characteristic but the song “Crazy” is not that original unfortunately. To me, Croatia won’t make it to the final this year since there are huge opponents in the first semi-final. Good luck Croatia!”

Robert – “For a song titled “Crazy”, this is a remarkably unremarkable entry. It’s kinda disappointing in a way as there are a number of much crazier entries and this feels a bit flat in comparison. There’s not a lot to get excited about here, but there are things I really have issues with. Like, she forgets to sing halfway through the song. I’m sorry, this is not “clever” or “cool” or anything positive! Pretty much everyone can talk – why should I get excited about it in the middle of something that’s supposed to be sung?! A let down overall; it’s not the worst out there this year and there are more exciting moments in the song, but there’s nothing I’m excited about hearing again.”

A score of 58 points for Croatia from our panel, one of the middle scores so far. Let’s see how the current standings sit;

(FYR) Macedonia still sit pretty at the top of the pile, but how much longer will this lead last?

It’s now up to #YOU. Where does Croatia deserve to place in the standings? Make sure to vote in our poll below and also leave your short reviews in the comments section, on social media and on our forum HERE and we’ll feature the best reviews tomorrow.

Speaking of tomorrow, it’s the turn of a big 5 nation to face the panel. Will the United Kingdom cause a storm or just a load of hot air?