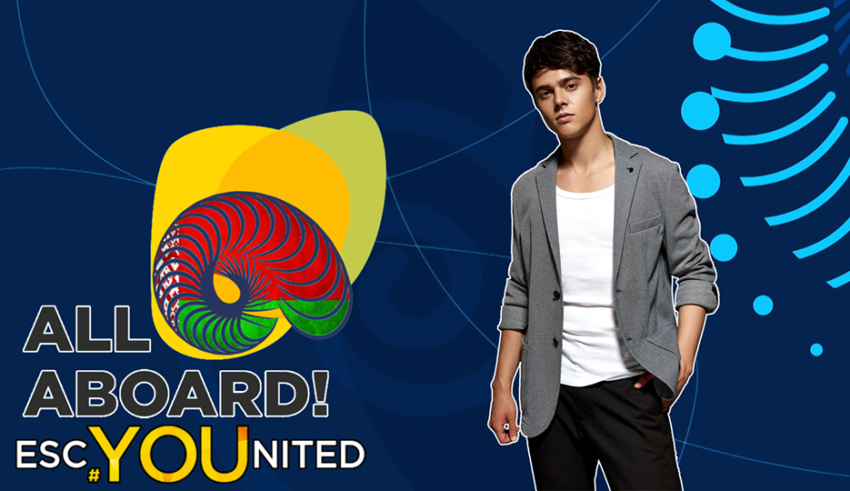 We need to look back before we can look forward, so let’s take a look at what #YOU thought of yesterday’s entry from Norway…

Padraic D. (Facebook) – “Generally speaking I don’t usually have a positive stance to winners returning as by and large I find their returning songs weaker than their winners. I immediately think of Niamh Kavanagh as an example. That being said, I really love the Norwegian song this year (it’s my number 1 currently). I love Rybak’s energy and it just speaks to me. Interestingly I have never been a fan of Fairytale but I find this song and performance full of fun and happiness”

aef (Forum) – “After some time I’m pretty sure now that Rybak got 100% inspired by “Love Love, Peace Peace” – I mean he even appeared on that… But in the end his idea of doing something similar and having a great comeback with that simply turned into one big train wreck… I mean he doesn’t even tell us how to write a song in the lyrics, its just so ridiculous! + The violin part is almost exactly the same as in LLPP… I really can’t see many people responding to this, they will just have that cringy “ugh” moment…”

Anni J. (Facebook) – “I’m totally thrilled and going to Lisbon to wave the Norwegian flag. I believe in it, and him. I think it will do incredibly well. From the very first time I heard ‘That’s How you Write a Song” I loved it, it’s catchy and yet full of musical variation, I especially love the violin! For two whole months leading up to MGP I woke up singing it every morning! I saw his live performance at MGP and it was so full of energy, fun and joy. I can’t wait to see how it will be staged in Lisbon!”

Some real in-depth thoughts on Norway there, with some positives and negatives. However, the negative seemed to outweigh in our poll, and Norway end up with 37 points from the ‘televote’, so we’ll see where this leaves Alexander Rybak later. On to Belarus!

Christian – “Belarus to me always delivers that extra little something. Until now that was like that. I like his 80-s vocals style but my fear is that his live vocals has not impressed me so far. Having said that I think it is a grower of a song and gotten better for every listen. It is a difficult song to deliver. Maybe there is a climax missing for me in the song.”

David – “I’m probably not the only one to have said this, but the lyrics could’ve been a lot better. Instead it sounds like something that Google Translate has translated. Then again, I don’t understand Russian, so I don’t know what is said in the Russian version of the song to begin with. Still, parts of the lyrics seem grammatically incorrect. The composition on the other hand, is rather enjoyable and there is some rhythm in it, which makes it all listenable.”

Calvin – “As reviled as it’s been, I do think the ridiculous, erratic new version is an improvement over the original. The song moves so much and so incoherently that I can’t help but appreciate the nerve Belarus show in presenting it. Alekseev himself, though, is not necessarily the best guide through all the changes; he doesn’t seem to have connected to the song entirely. A recent live performance did show improvement over the disastrous performance at the national final, but I’m still worried he won’t deliver and that the audience will be left perplexed.”

Efe – “After one hundred versions of the song, finally Alekseev succeeded in choosing the exact version of the song “Forever” for this year’s contest. To me, the song has a beautiful and strange chemistry. I like the song but I don’t see the song as a winner. I am really excited to see what he’s going to do on the stage.”

Sean – “Sean – “And this is what is known as a de-vamp. While some will see this as a more dynamic entry since it’s update, it has lost some of the classic Eastern European Eurovision feel for me. The jarring tempo changes and unnecessary additions don’t work with the song and there’s less punchy and epic energy to carry the song. It would’ve been a 9 before, but I won’t be as generous now…”

Stefan – “His English is still troubling, but WTF Belarus??? Why did you have to change it??? Before it was in my top and I had high hopes and now even qualification is out of the question. If you kept the original version it would have been a 10, but now it’s a 5.”

Matt – “It’s odd, this song just really is really rubbing me the wrong way. The chorus is actually quite memorable but it just gives me cringeness, it’s almost awkward. It’s not that I hate it, but I tend to skip this one every single time it comes on. Everything is so average about it, it becomes below average for not doing anything daring or interesting.”

Robert – “There’s always (at least) one country’s entry which is surrounded in controversy and this year it’s certainly Belarus. The studio version we heard before the NF was an excellent song – the performance at the NF was, well, abysmal. If that’s as well as he can perform it live, then I’d be seriously worried about its chances! The song itself is actually quite nice – the chorus is particularly strong – with rising and falling vocals. It has a slightly haunting feel to it. But… I just cannot get away from the painful horror show that was the live version at the NF! Sure he seems to have improved, but which version will we get in May? I worry…”

Zack – “To be transparent, this was my score of the original final version. In my original review, I complained about the song having no beginning, middle, or end. Well the Eurovision gods must have listened because this revamp gives that to me. But they also spited me because this adds nothing for me. As previously noted, this song is just not my cup of tea. Emotional is good, but without a good solid base, it all still collapses. However, staging has the potential to push me into “bearable” territory.”

Connor – “Conspiracy or not, this entry does nothing for me. It’s gone through three different versions now, and I’m still not a fan of the song, which is unfortunate given the interesting entries they had in the national final. While I appreciate the musical line they tried to add to the song, I feel like it’s become even more lifeless. This song won’t take Belarus into the grand final this year, or likely break out of the bottom five of the first semi.”

Yet another entry to receive a mixed reaction from our jury and a final score from them of 49 points for Belarus. How will they fare tomorrow? Let’s have a look at our current leaderboard…

Now it’s over to #YOU! What are your impressions of the revamped Belorussian entry? Share your short reviews with us below, on social media @escunited and on our forum HERE and we will share the best tomorrow! Don’t forget to vote in the poll below to help decide the next set of ‘televote’ points too!

Our next entry to review comes from Latvia, so what did the panel make of the sultry, quirky “Funny Girl”?