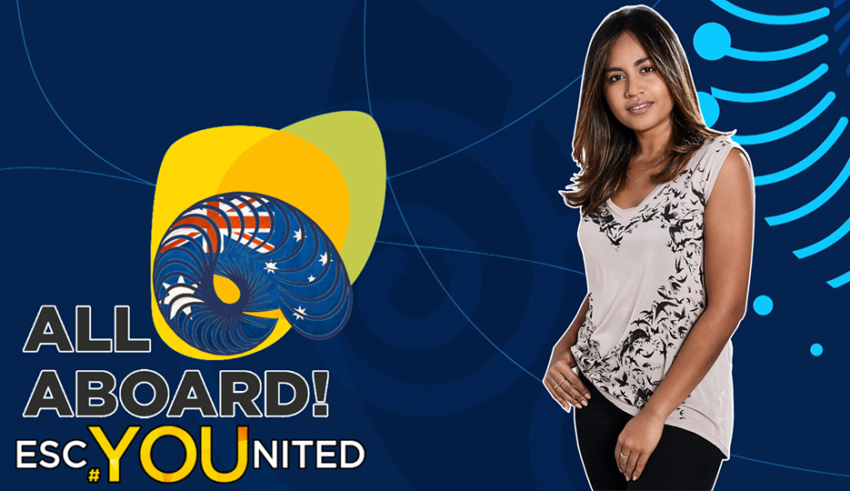 While we’re almost ready to move on, we should first take a look at what #YOU thought of Russia’s entry this year…

Carian (Forum) – “Oh, poor Yulia. If she does not get herself together and simply ignores all the negativity around her, nerves will get to her and it may really happen that Russia stays in the semis for the first time ever. The thing is that she is not a bad singer, and the song is in my opinion actually very good, with nice lyrics and good message. However, I am slowly getting worried. Come on, Yulia, get yourself together and show everyone you can do it!”

RomanFromRussia (Forum) – “I want this to NQ, or I will be very sorry for the country that takes 11th place. It’s going to be a big shade for Eurovision if she makes it”

Kairit (Forum) – “It definetly was under-whelming when I first heard this. But I’ve grown to like and enjoy this song. And it’s one of the most modern efforts from Russia, really… Hope she’ll give a good performance at Eurovision! In the end she can really sing well.”

So, some mixed reviews for Russia on our forum. But… oh dear… Russia have not gone well with the readers and score just 24 points on the ‘televote’, the lowest so far. We’ll see how this affects them below.

Now it’s time to go down under!

35. AUSTRALIA – Jessica Mauboy – We Got Love

Christian – “This is catchy and she has every right to smile. This little pop nugget is so full of smiles, love and sunshine. Australia keeps impressing with their artists and songs. They never fail to impress and certainly shows a diversity in the roots of the artists and songs. I am sure that this will do extremely well and I can even see it winning. This is destined to have a long afterglow on the radio and that would only make me happy for a Eurovision song to make that cross over again.”

Efe – “YAAAAS! Although the song “#WEGOTLOVE” is underrated those days, I am pretty sure that she will be qualifying for the Grand Final. There is a valuable message which is really important for these kind of contests and communities. Love you Jessica. Best of luck!”

Connor – “Don’t get me wrong, I love Jessica and I love Australia, but I’m nervous about how this will go over live. This song has a lot going for it, and I know Jess can bring it, but this song will really need to come alive in the staging. If the Aussies get it right, they could continue their reign on amazing Eurovision placements. But please get rid of that sequin dress, thanks!”

Zack – “Australia is serving up the songs that the UK should have been sending over the past decade. This song is uplifting, fun, and epic. Jessica is great. And I expect the jurors to put her on the left side of the board, just to have the televoters put her back in the middle of the pack.”

Matt – “It’s not the song that will break the mould but it’s so much fun, I can’t help it. It’s uplifting and cheerful, a feel-good song that I desperately need in Eurovision. I really like Jessica’s voice and hopefully she can deliver live but I got love for this one.”

Sean – “This isn’t a song I should really enjoy, but this is a great little pop number. It has been underrated, despite having an uplifting and anthemic feel, with a catchy sing-along chorus and a very charismatic performer. All of these add up to the perfect storm of a guilty pleasure for me and I’m sure that Europe will have a smile on their face thanks to Australia this year, if nothing else!”

Stefan – “I was expecting so much more! It is a good song, but it is still just some average radio friendly tune. She could have done it better, but she is also lucky to be in the second semi, so IMO she will qualify without a doubt. I think it’s just a shame that for a second year running we are getting not so good songs from Australia when they can offer some waaaay better things.”

Robert – “An ESC alumna returns to the stage! I have not been the biggest fan of Australian entries since they joined us so it doesn’t exactly mean much when I say “this is my favourite Australian entry of all time”. But it is kinda cool really! She has a delightful voice and the song itself is rather catchy with a decent enough build. It does take a while to get somewhere exciting, but it certainly does by the end – with that epic climax. It’s not the most memorable of entries though and I do wonder if it could end up struggling to stand out a little in its semi.”

Calvin – “I like that Australia have applied their approach to something a bit more fun and uptempo this year. But the tempo doesn’t stop this song from being pretty boring. Although the melody on its own is a bit catchy, it’s saddled with an awkward production and a cliche set of lyrics. Additionally, while it’s clear from her demeanor performing this song that vocalist Jessica Mauboy is a compelling personality, her vocal on the song doesn’t really add anything to the well-made but dull package of the entry”

David – “As much as I’m mostly into pop songs, that are full of life and make you move, then this one is just a typical pop song to me. It struggles to stand out, and all I end up with, is thinking that it’s just another song in the huge pile of songs, that we’ve heard so many times before already. At least it’s not another “Sea of Flags”, cause who even came up with that idea, to sing about flags back when she was a guest in Copenhagen? Even then, her singing ability didn’t capture me either, so I doubt she’ll do it this time.”

Quite a hefty jury score of 73 points in the end for Australia, but how will they fare in the voting? Let’s see what the scoreboard looks like so far…

Russia’s poor score from the televote sees them rooted to the bottom, will any song still finish below them? And can anyone beat Israel? There aren’t many contenders left!

Once again, it’s now over to #YOU! What are your thoughts regarding the Australian entry? Share your short review of the song below in the comments, on our forum HERE or on social media @escunited and we’ll reveal the best tomorrow! As ever, make sure to vote in our poll to make your voice heard!

Tomorrow’s entry comes courtesy of Slovenia, but will it be a Hvala, ja or Hvala, ne from our jury?