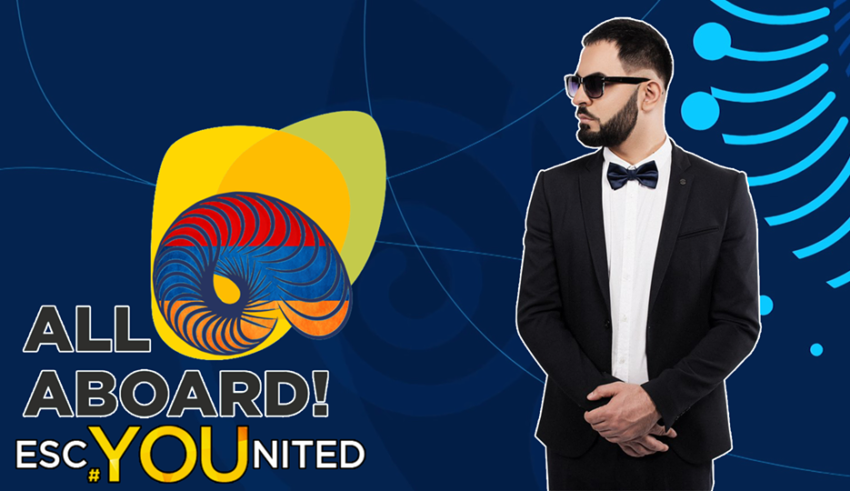 The “Expert” Panel is certainly hotting up now! With just 15 songs left, can any of the remaining entries snatch the title from Israel? We shall see… first up, let’s take a look at how Sweden got on with #YOU, our loyal readers!

Kevan1994 (Forum) – “I’ve started to enjoy this song significantly more when it plays while I’m walking somewhere. I just can’t help but strut to the beat and sing along”

Realest (Forum) – “He would be a perfect winner, because he has career potential and could become an international Superstar like Mans Zelmerlöw, Helena and Lena who also managed to stay relevant years after the Victory. If we dont want that Eurovision becomes a one night event we must all together vote for Sweden this year.”

lolita (Forum) – “I haven’t seen anyone so young, yet so professional on stage! Everyone could easily see that he enjoys the stage, he is all in it! Best performer, really, no matter of what someone could say! Even without the light tubes, he owns the stage with his charisma!”

Sweden’s final ‘televoting’ score stands at 59 points, so we’ll see if this is enough to make an impression on the scoreboard later. Now it’s time to take a look at the song from Armenia!

Christian – “SO happy that Armenia is back in mother tongue (LOVE Artsvik!) but this is SO good. This is one of the songs I heard randomly not knowing who or which country this was when YouTube does autoplay. I love the song structure and the vocals. Another well crafted song. I know I may get complaints about being too positive but I give credit due where credit should be given!”

Matt – “Qami feels like an authentic song and I’m really into it. Sevak’s voice is on point, masculine and powerful and he can bring this song alive when it matters the most, on the Eurovision Stage. It has a fantastic build and the song really takes off after the second chorus. A wonderful effort by Armenia, I’m a big fan.”

Robert – “This is an entry which does quite well for me. It starts all dark and mysterious before blossoming into something stronger towards the end of the song. I do think it takes just a smidge too long to really come alive (perhaps the second verse could do with more of a build rather than leaving until the chorus) but the last minute or so is where the song really begins to make its presence known! I feel as if I should like this more than I do – I was certainly well won over when I first heard it, but am not quite as much of a fan as I was now. Still, it’s a great entry!”

Connor – “I’ll be honest, I didn’t know who was going to win Depi Evratesil this year, but I’m pretty glad we ended up with Sevak and “Qami.” While I’m not a fan of his strange body armor outfit, everything else is beautiful. With a bit of work on the track to really build up to the last minute, this could easily qualify for the final.”

Efe – “I really like Armenia this year. “Qami” is an emotional song. I totally do not understand the lyrics ‘cause I can’t speak Armenian. BUT, the melody of the song is so pure and beautiful. I hope they’ll make it to the grand finale. Good luck Sevak and Armenia!”

Calvin – “I really appreciate that Armenia are bringing something in their native language to Eurovision. The language itself is really gorgeous. But I wish the song had something more distinct about it. It never brings anything uncomfortable, but there’s not a lot that’s particularly interesting: it builds exactly as expected, the production is also exactly as expected, the vocal is competent but basic, and the melody isn’t obtrusive but doesn’t take any risks. Although I love Armenian, the blandness of the rest of the entry is overpowering.”

Sean – “Well, kudos to Armenia for choosing a song in their mother tongue, and for forgoing all of the obvious choices in their selection! However this kind of song doesn’t really do a great deal for me. I like the guitar effects used in the song and he has a powerful voice but that’s about it, and the song spends two minutes building up to a big moment that isn’t really that big at all. It’s a little flat when it could be a really explosive entry. A missed opportunity, then, but not the worst song this year at all.”

Zack – “Decent, capable song. Talented singer. But it adds nothing new. I want to be impressed but it just leaves me feeling a bit limp. The sole saving factor of the song is the use of the Armenian language. There’s really not much else I can say.”

Stefan – “Well at least it’s not Puerto Rico. I love ballads, but this didn’t catch my attention. I understand people who like/love it, but I just don’t. Another too loud entry.”

David – “I’ve heard that “Qami”, means wind. If that’s the case, then this song is like the “Qami” hehe… no? Okay. I’m happy that we get some Armenian in the competition, but if the song just tells me nothing, then it just doesn’t. Sevak has a great powerful voice, but I don’t feel that power, from the song itself. It’s just there for me, and nothing more.”

A few good responses for Armenia which earn the Caucasian country 57 points from the jury. Will this be a good return for them? We will see! Let’s take a look at our current scoreboard…

Sweden take up a mid table position as the televote and jury give the exact same scores! How will Armenia fare tomorrow?

Once again it’s over to #YOU! Does Armenia deserve success this year in their own language or did you prefer the bigger shows in previous years? Share your short reviews of the Armenian entry below in the comments, on our forum or on social media @escunited and we’ll feature the best views on the website tomorrow. As always, make sure #YOU vote in the poll below!

Tomorrow’s entry is the 30th to face the panel, and it is the turn of Austria’s Cesár Sampson to get the jury treatment, so make sure not to miss it!