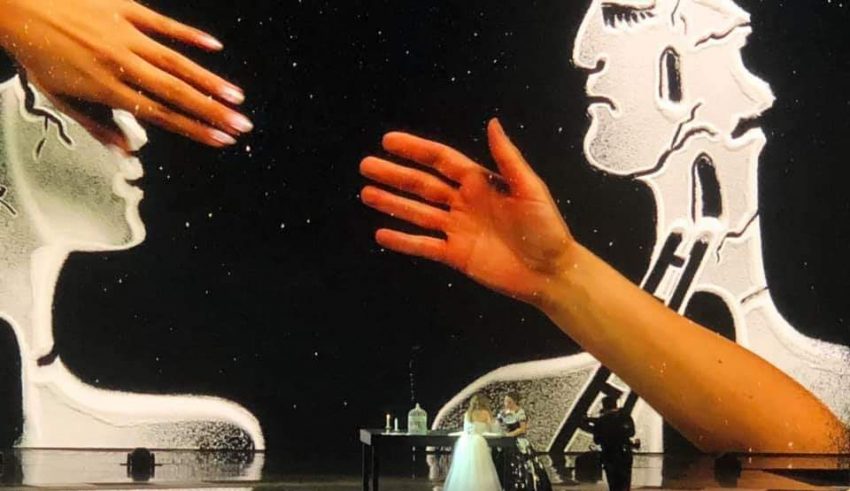 As this article is posted, Semi-Final 2 of Eurovision 2019 begins in Tel Aviv, Israel and our team is there to report on and analyze all the action. They will also drop the names of the ten qualifiers as we know them.

Join Matt and team live from the Press Center.

Otherwise, here are some other highlights of the day’s action.

First off, it’s official! Madonna will perform this Saturday during the Grand Final. It was announced just as ESC United’s live stream kicked off.

And she will play a new single called “Future” with Quavo, per Eurovision.tv.

As a reminder, here are the predictions from the ESCXTRA’S Daily Press Poll of 35 journalists.

Moldova is creeping up the polls, and our very own Fernando also predicts them as a shock qualifier. We shall see, but no surprise, this poll, the ESC United poll #YOU voted in, and our Tel Aviv team’s number one is Duncan Laurence’s “Arcade” for The Netherlands. We shall see if that transpires shortly.

Belarus’s TV host Yavhen Perlin got a lot of heat for clutching his pearls at the sight of same sex couples kissing during Israel’s transgender pioneer and Eurovision 1998 winner Dana International’s guest performance during Semi-Final 1.

In an exasperated manner he declared upon seeing a gay couple kiss on the “Kiss Cam” element of Dana’s performance, “Oh, my goodness! Maybe we’d better not watch!”

He then hoped the cameraman would show some “cool couples” (he means straight) in the audience. Perlin’s views will not get him in trouble at home in Belarus, where equal rights for LGBT people are not recognized. But should Belarus win and host an EBU event, this incident will probably be remembered when it comes time for Belarus’s TVR to put forward host names.

If you want a good debate, check out The Independent’s ranking of 60 United Kingdom entries. It’s not 61 as they’re judging live performances, and sadly Matt Monro’s wonderful “I Love the Little Things,” which placed second at Eurovision 1964, is not here as all live footage that year was destroyed in a fire.

In an effort to provide a definitive list, the Independent got 20 Eurovision experts and artists, including SuRie and Nicki French, to watch all live performances together at a pub and give scores. The bottom entry is no surprise (hint: misspelled astrological sign), but as clickbait headlines promise, “NUMBERS ONE & THREE WILL SHOCK YOU!”

So read, share it, debate it, write a strongly worded missive to their editor, but let’s keep talking Eurovision at least.

Speaking of Nicki French, come over here. Pssst. Quietly. Daz Sampson has some tickets for his, Bucks Fizz, Nicki French, Sonia and Katrina’s gig at the Opera House in Blackpool tomorrow night (May 17). Come ’round back and Uncle Daz will give you a discount. That’s not a grifter joke based on a stereotype of people from Stockport, that’s what he said on his Twitter account.

shameless I know but word is incredibly there's still tickets left for this (I know shock horror). anyone after some discounted ones meet me behind the venue at 6.30. Ching Ching pic.twitter.com/Y00kTjXyRb

One last bit of silly season news – Sophie Ellis-Bextor had to drop out the United Kingdom jury for unspecified last minute reasons. And the bookies currently have Idol founder and judge Simon Cowell as the favorite to be her last minute replacement. We shall see shortly who the actual replacement will be.

And now, let’s go to the action in Tel Aviv…

Who do #YOU think will progress from Semi-Final 2? Will #YOU take up Uncle Daz’s offer of cheap tix behind the bins for his Eurovision show tomorrow? Let us know on social media, in our forum, or in the comments below.