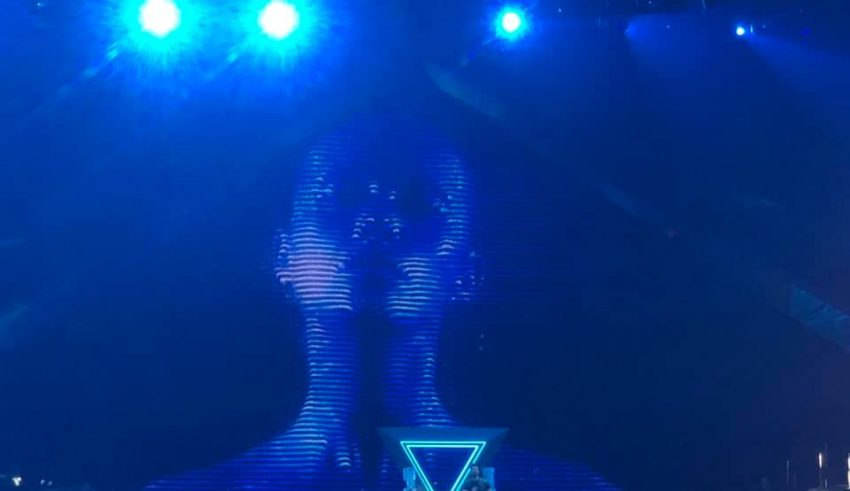 It seems like we just started with the first rehearsals yesterday, but that couldn’t be further from the truth. Today is already the 14th day of Eurovision in Tel Aviv. The Grand Final is tomorrow and on Sunday we will all have to look for something to fill that big void. But what happened today actually?

Firstly, after midnight we got the running order for the Grand Final. In our article dedicated to this you can see where your favourite country is performing. We see Malta kicking off the show with Michela’s “Chameleon” and Spain closes it with Miki’s “La Venda,” which will make sure that we start and end with a happy party vibe. It should be a very diverse show – like always – and I think the producers did another good job this year.

Today was a very important night where all the acts performed for the juries. The first half of the songs didn’t have any issues happening to them at all. Then after Israel, it was up to Norway and KEiiNO’s “Spirit in the Sky.” They went on the stage and the camera crew seemed to have messed up their performance. At some point the screen went blank, which of course wasn’t meant to happen. The Norwegian delegation asked if KEiiNO could have a rerun, since the glitch was out of their hands and they weren’t satisfied with the performance. The EBU denied their request and Norway will just have to hope that the glitch didn’t affect their jury results in a negative way.

Madonna did not perform in the dress rehearsal, so we don’t really know when and where she will perform relative to the other guest artists (including Netta, Nadav Guedj, Mans Zamerlow, Conchita Wurst, Eleni Foureira, and Verka Serduchka). We also don’t know what the staging looks like, but what we do know is which songs she will perform. We know that she will perform her mega hit “Like a Prayer,” celebrating its 30th anniversary this year. We also knew that she would come with a new song. This song was released today and it is called “Future”. You can listen to the song in advance Here. She will be joined on the stage by Quavo, the co-author of the song, and a member of Atlanta-based rap group Migos.

ESCXtra of course held their infamous press poll after the jury show and the results are as follows: They asked the 35 press members to rank their favourite songs in Eurovision-style. They predicted The Netherlands to run away with a decently close victory. Australia would be in second if it were up to the press and Switzerland would round-up the top 3.

Do #YOU agree with the press-poll results? Who do #YOU want to win tomorrow? Let us know below in the comments, or on our forum!