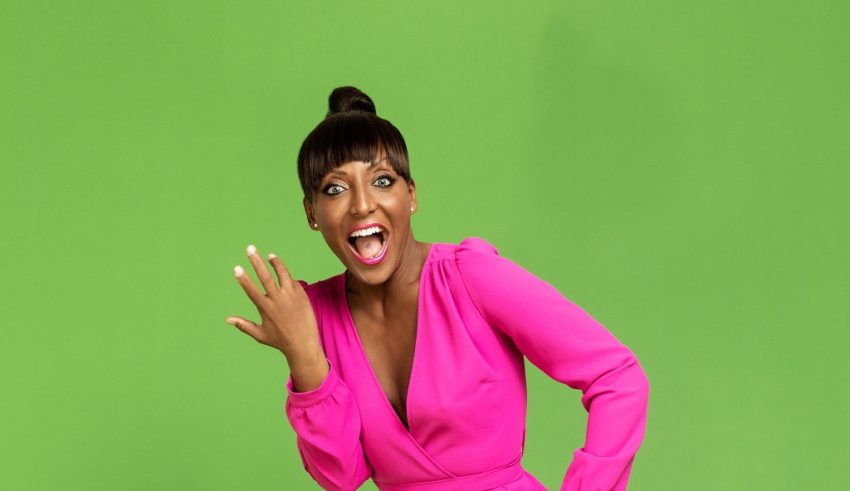 It was one of the more unusual artist reveals of the Eurovision 2020 season, where the time of the reveal was constantly moved about (19:30, then noon being referred to as 12:00 a.m., which is midnight).

But Senhit was, on Friday, March 6, 2020, named as San Marino’s representative for Eurovision 2020, returning to the contest after representing the microstate with “Stand By” at Eurovision 2011.

In an additional twist, it was announced that fans have until 9 a.m. CET on March 9, 2020, to choose between two songs on her website: “Freaky!” and “Obsessed.”

Additionally, those who vote and sign up for Senhit’s e-mail newsletter will receive a coupon code for discounted merchandise, which for eagle eyed Eurovision fans turns out to the odd assortment of San Marino 2021 goodies that mysteriously showed up online back in November 2019.

So with or without the incentive of discounted merchandise, what did the ESC United make of Senhit’s two entries? Boris, Daniel, James, Melanie, and Roy are on hand to discuss.

Boris – 6 – “In what has proven itself to be an absolutely FREAKY! FRIDAY! YEAR!, “Freaky!” stands out as a thematically appropriate entry, even though it’s suuuuch lazy disco TRASH. It’s not a good song but lol let’s not kid ourselves. The average San Marino doesn’t care about song quality. Case in point: they support San Marino in ESC.”

Daniel – 7 – “I love that this has an upbeat vibe to it and infused with massive disco qualities. They seem to have really taken this throwback vibe as their niche. This is what Donna Summer would sound like if disco had a revival. I believe this sounds greatest strength is the fact that it is so different and really goes with the Lithuania and Austria like throwback vibes. It also has tons of attitude and is totally a sing-along kind of song. I think the song grew a bit throughout the delivery which is always a good sign, especially if paired with great staging. I mean there is something there.”

James – 6 – “I get the sense that the San Marino delegation has figured out the best way to promote the microstate at Eurovision is to play the “guilty pleasure” party card that The Real Housewives franchises in the United States dealt so well in the early 2010s. This is a funky, disco female counterpart to Serhat’s “I Didn’t Know,” with a little bit of Gen-X early ‘90s sass thrown in. It’s lightweight party fun, and the lightweight nature of it is what may doom it to non-qualification. The repetitive “Freaky” and the Serhat-esque straddling of eras guarantee this to niche cult status but non-qualification oblivion like “I Didn’t Know.””

Melanie – 6 – “While “Obsessed” sounds like San Marino trying to take the Eurovision Contest serious, ”Freaky!” sounds like an outdated guilty pleasure disco club banger. It’s like a better version of Serhat’s “Say Na Na Na”, that took San Marino to the final again. So why try to change a winning concept and just win in the “Guilty Pleasure” category again? With ”Freaky!’ Senhit has a song that could be loved by the Eurovision fans and has so much staging potential. And with her stage presence and vocal ability, she can maybe even get the highest ranking for San Marino to date with this song.”

Roy – 7 – “This song brings back so many memories from high-school. It has a lot of similarities to the title track of a game that I used to play with a few good friends, SSX Tricky. Just replace Freaky with Tricky and you basically have it. We spend a lot of hours on Friday’s after school playing the game, my friends even held a few world records on it as well. Anyways, besides that personal story, this is just the better, more finished song of the 2. It is a playful tune that could sneak into a qualifying spot in my eyes.”

Boris – 6 – “Obsessed is a decent electropop song, and I can’t help but cackle at the idea of Senhit releasing it months ago (in Italian) and regurgagating it for this ramshackle NF. I do deem Obsessed as slightly better than Freaky!Freaky!Freaky! but let’s not kid ourselves, neither is good and both will NQ. If only SMRTV had succeeded in snatching Cleopatra away from the Azerbaijani.”

Daniel – 10 – “From the first few moments, I was like I can get behind this and it really just took off from there. Wow, I was low-key hoping this would be better with the other song and it blew my expectations out of the water. It is so modern and so cool and has so much room to be impactful. It is also so upbeat and that electronic break has got me feeling all these feelings. This is a quality song and I would love for San Marino to have a song that is just not just kitsch but like real on quality. I can really just say I am obsessed.”

James – 4 – “I mentioned The Real Housewives as a strategy for San Marino at Eurovision before, and “Obsessed” literally sounds like a Bryan Todd written and produced pop throwaway he did for Jo De La Rosa and Gretchen Rossi’s solo “careers” from the early 2010s. Senhit has charisma, but in 2011 a duff song did her in and if voters choose “Obsessed,” I fail to see this making the final in 2020 as well. “Obsessed” is as clumsy a song as San Marino’s reveal this year, and for all of San Marino’s charms, they’ve gone backwards with this song choice. Doubly so if they pick “Obsessed.””

Melanie – 4 – “The beat is really great of this song, but it’s too linear for my feeling. There isn’t really something going on. The part from 2:13 breaks the linearity of the song with a instrumental break, but it isn’t quite strong to make the song something memorable. It’s just a decent song, but nothing really special. I’m afraid this song will be swallowed by the other pop songs in her semi-final.”

Roy – 4 – “I see where they were trying to go for, it just didn’t fully work out. I don’t know what it is, but something is not fully clicking. I guess it is all a bit too linear for me, nothing is truly happening to grab my attention and it doesn’t get me excited enough to dance either. They needed a bit more variation in the tune and I think this would also be the tougher tune to stage of the 2.”

It was close (32 to 30), but in Senhit’s Digital Battle, the ESC United believes “Freaky!” should be the winner, though with the caveat this is likely to be a camp classic non-qualifier. However, Serhat and Valentina Monetta broke through on their 2nd and 3rd individual attempts, so perhaps the Second Coming of Senhit can surprise us as well? We shall see when Senhit performs in the first half of Semi-Final 2 on May 14, 2020.

What do #YOU think of Senhit’s entries? Are #YOU feeling “Freaky!” or are #YOU “Obsessed”? Let us know in the comments below, on social media, or in our forum.