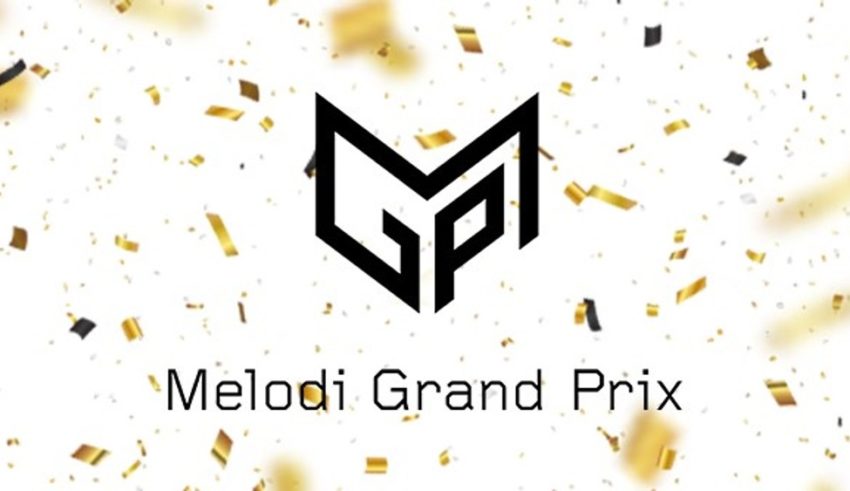 Tonight, Norway’s fourth semi-final of Melodi Grand Prix takes place with four more acts hoping to make it to the February 20th final in Fornebu. So, it’s time once again to take a look at the four songs in detail.

What did our panel of editors think about this week’s crop of talent? It’s down to Daniel, James, Melanie, Sean and Stefan to pick apart the songs and decide on this week’s winner…

Daniel – 6 – “The voice is immediately captivating and there are some interesting undertones. From the beginning I felt that I had an idea where this song was headed. And as expected, it was a very traditional song. This song is what people like to call a great post X-Factor single in the British style. What this means is that the voice is high quality, the music is endearing, and the structure is a very traditional pop song. While it might be good for radio, this will struggle to standout and I think it will be hard for it to compete against some of the other powerhouses.”

James – 5 – “A very slow breakup song with some particularly annoying background synthesized vocals. “My Lonely Voice” is clearly inspired by “Arcade,” though it doesn’t build up as well and lacks the climax of 2019’s winner. While the chorus is effective and memorable, the verses are essentially dead air. Based on fan favorites at MGP thus far, I can’t see this song making it too far unless Kiim has a huge stage surprise up his sleeve.”

Melanie – 7 – “Damn, he has an amazing voice! I really love the minimalistic approach they did with “My Lonely Voice”. This is a perfect example how a voice can carry a whole song. You don’t need a very busy melody the write an amazing song. However, I miss some creativity in this song. It sounds like something that already exists. I really hope that he can sing this song with full emotions at his live performance, because this could be a tear jerker if performed right. Great attempt from KiiM and I would love to see more from him in the coming years at Melodi Grand Prix.”

Sean – 5.5 – “He has a lovely colour to his voice, and with the right staging this could have a real atmosphere to it to captivate the viewer. But in studio? It just feels very lacklustre to me. “My Lonely Voice” doesn’t really offer me too much that I haven’t already heard a million different times. The chorus is a little irritating to me too, so hopefully it sounds better live.”

Stefan – 3.5 – “Just like ‘Pages’, monotonous til the last verse, but his voice is way more powerful. I would dare to say it’s radio friendly with the risk of falling asleep.”

Daniel – 5.5 – “This is a nice pump-up song with a folky-Norwegian twist. My issue with this song is that there are so many that have the same vibes, and this kind of pop-folk tinge to it. I would like to see the staging to see how they can make it more personal or more unique, but it seems to me that it will get forgotten rather quickly. I could really do without the speaking portions, they really disrupted the flow of the song. Not the biggest fan, I am.”

James – 7 – “Sounds like a Norwegian version of Bradford’s own Smokie, but with four singers instead of the single human-labradoodle hybrid in Smokie vocalist Chris Norman. This soft rocker moves along at a breezy clip, with each singer listing the mistakes he’s made over the decades with the chorus being, essentially, a proclamation that despite all the mistakes they would not change a thing. There are a few tinges of bitterness in some of the verses that knock a point off, but they don’t totally derail the “Boys are back in town” vibe that this gives off. For a positive reckoning of the lives of foolish young men who are now middle-aged, I have definitely heard far more cringeworthy.”

Melanie – 5 – “I always appreciate the fact that Melodi Grand Prix also showcases some traditional Norwegian music. “Alt det der” is the perfect example of this. It sounds like a song I would hear in the background of a Norwegian pub while drinking some alcoholic beverage with friends. I think that this kind of song will come more alive at the live performance and it’s hard to judge from the studio cut. If they can bring the party alive on stage, this could be a contender for the win, because I think this would do well by the Norwegian audience. As a Dutch girl, I can appreciate it, but the song itself is not my taste. Nevertheless, it’s great to hear this kind of music in the national final.”

Sean – 7 – “Ah, a man band! This seems like it could be a bit of an Arvingarna-type dansband performance which is, well, very Nordic, and I’m sure as a result this will lap up support from the local audience voting. But whether that translates to the wider public and whether it would make it to Eurovision and do well there is up for debate. It’s a pleasant three minute song but nothing to set the scoreboard alight, I feel.”

Stefan – 6 – “I have a strange deja vu, like I’ve heard it already. I guess Norwegian people will like it, but it’s not my cup of tea. It has a lot live performance potential, but is it Eurovision worthy?”

Daniel – 7.5 – “Double the Sami, how exciting! I think this song is going to have to compete with the expectation from KEiiNO 2019 and 2021 which automatically puts it in a weird place. That being said, this is definitely a well-done song with great musicality and cultural references. The song is not as dance-oriented and it may use this as a way to stand out as a pop-ballad that really focuses on vocals and cultural imagery. Like I love to say, I could have done without the key change, but the notes were pretty exciting. I want to see how this will look on the stage.”

James – 7 – “I had no idea that Mikkel Gaup, the teenage lead Sami in the excellent 1987 film “Pathfinder” had become a joiker over the years. Or that in his publicity he had grown into a Geoff Norcott look-alike. I digress, though, as this is a serviceable pop anthem with Sami flourishes, particularly Gaup’s joiking, which is much better utilized in this song than Fred Buljo’s joiking is in KEiiNO’s “Monument.” However, let’s not forget Ms. Petha’s vocals, which are among the best of MGP so far. For me the weak parts are the English lyrics, which are generic, and the chorus which lacks a hook.”

Melanie – 8 – “I wasn’t expecting this from their press photo! Marianne has a very sweet and soothing voice. The song itself is very creative but keeps the Norwegian vibe. Mikkel’s joiking really adds a next level to this song. It would be very plain without his contribution. Like, can we have a 10-hour edition on YouTube of his joiking? I’m just afraid that this song will be overshadowed by the popularity of KEiiNO who are back at this year’s national final. I just hope that they can conquer the audience at home with an unforgettable staging.”

Sean – 6 – “KEiiNO watch out? Probably not, but the increased representation of Sápmi culture and joiking in the Nordic selections is a refreshing sight. “Pages” is a pleasing combination of mid-tempo pop balladry with the aforementioned ethno influences in the choruses. God, that key change is jarring though.”

Stefan – 2 – “I don’t see almost any potential. A bit too monotonous and flat. There is a climax (kinda) in the last verse, but in my opinion the rest is just boring.”

Daniel – 7 – “Oh some good vibes and beats. These are one of those songs that combine a modern build with a song that lends itself to easy staging. I appreciate the Latin-infusion and build of the song. The chorus is a little too chill for the impact I was hoping but maybe a Cirque du Soleil background might make me change. I think this song has a chance of winning the semi-final but I do not see this as too much of a contender in the final. Still a fun song!”

James – 6 – “Positives first: I like the blend of hip hop with Royane’s Moroccan background. Could do with a touch more pep, but overall it works. A big negative, though: The lyrics contain so many similes and metaphors that make you go, “What?!” “Claws can kill a bitch, call me Wolverine (meow).” Okay, maybe Norwegians aren’t familiar with Michigan’s pint-sized terror or the Hugh Jackman character, but neither are cats. But then some more creep in, including “But I’m not your freaking housemaid, except in the sheets.” Are housemaids in Norway expected to fool around with the homeowners? But there again, the song is called “Circus” and Royane is the ringmaster, but she raps about bling and dough, so I don’t know if Royane has a firm grasps on occupations and how they pay (or don’t pay for circus employees).”

Melanie – 4.5 – “There was so much potential in this beat, but Royane isn’t bringing it to the next level. It sounds in a way very lazy and arrogant. Maybe it’s her way of “singing” that doesn’t make me click with this song, but I think if someone with a higher voice would sing it, it would be so much better! I know that this kind of music is popular at the moment, but it just sounds like some influencer who tries to achieve a music career out of her popularity. It’s a no for me.”

Sean – 4 – “You could probably go back to my reviews from last week, scroll down to the “Witch Woods” entry and copy-paste a lot of what I wrote there for my thoughts on this. One thing I will say is this is much better and the blend of genres is much more believable and authentic, and the verses are actually fairly catchy. It’s still quite an irritating song though…”

Stefan – 8 – “Probably the best in this batch. It’s quirky, interesting, stands out and I bet we’ll get a crazy, colourful performance.”

So, let’s add up those scores and see how things are…

Not a lot between the songs, and not rated as highly as some others in recent weeks, but it seems we are leaning towards either Landeveiens Helter or Marianne & Mikkel. Will it be either of these two that qualify for the final? Not long now to wait to find out!

What do #YOU think of the songs in tonight’s semi-final? Share your thoughts with us on our forum HERE or join the discussion below and on social media!