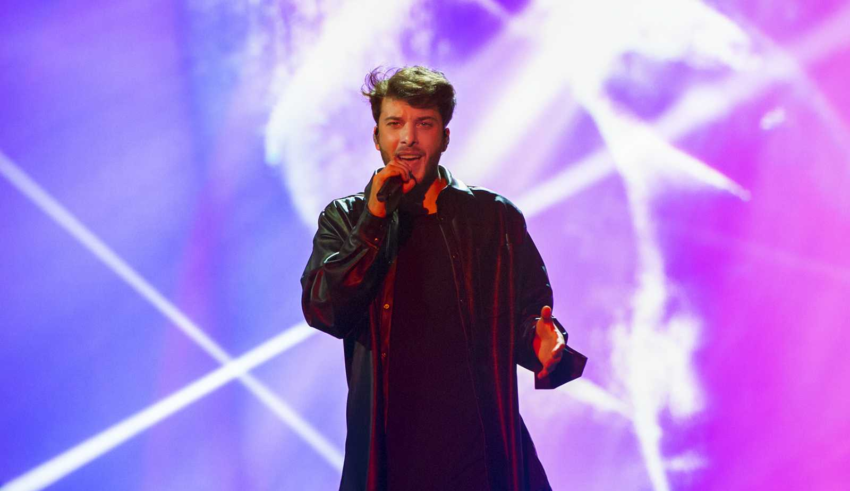 Tonight, Spain will choose their song for Rotterdam as Blas Cantó’s Eurovisión gala takes place, with a host of guests and artists surrounding the two song showcase. But which of the two songs do we feel that Blas Cantó should choose for Rotterdam?

Daniel – 6.5 – “I think that this song has a lot of potential. The high notes and the build make it quite engaging. It has a pretty modern beat, and I am always a sucker when someone references aguardiente. I am not particularly sure how they will stage this, however. There is also a section that is extremely repetitive which takes away from the spirit of chillness. I think this song finds itself smack in between being a pop banger and a chill love ballad, simply straddling the line and I would like it, in some ways to pick a side. I think overall it is good song but not my favorite.”

James – 5 – “A generic pop song with some rather bitter lyrics. Of the two songs, it has the catchiest chorus by a thin margin, but that’s about it. It’s modern, there’s nothing objectionable to it, but I can see Spain landing in the dreaded zone of indifference and landing in spots 20 to 26 again. Spain doesn’t land in the bottom because they send terrible entries. They rarely send anything bad. They land in the bottom as for all their slick modern efforts, they don’t excite enough people to get on the phone and vote for them. And I don’t see a mopey(ish) break-up song like “Memoria” getting people outside of Spain worked up.”

Melanie – 4 – “Well, can we still have Universo back? It’s very bland, going nowhere and the Memoria part is even annoying me. Like I just felt really disappointing because they promised me an up-tempo song and this isn’t one. It not “Memoria” at all, but it tries too hard to be catchy. I’m just curious which song they eliminated for this one. Spain, you serious can do better than this right?”

Sean – 7 – “This is the better option for Spain, but there’s a bit of work that still needs to happen on this song. It’s a decent storming pop number with a good blend of vocal styles to add interest, and lends itself to a strong visual performance. Still, at the time of writing, neither of these hold a candle to Universo.”

Daniel – 9 – “This is similar to the Spanish love ballads that I grew up with… and I love it. But it also has a unique twist to it to make sure that it is definitely modern. I can tell this song has a story and a strong chorus. It definitely is a more up-tempo ballad, but this will most certainly stand out. I think that this song has quite a classical sound that is easy to fall behind but also an interesting composition. Can you see that I actually quite like it? And that note, oh that note!”

James – 7 – “This track suits Blas much better. Sure, it’s a bog standard latin ballad, but him being a romantic ham and promising slow kisses and drawing memories of his lover’s skin works more than a stroppy “get out of my head” song. Staging wise, Canto does have the charisma to pull off a classic latin crooner. Given an absence of seductive performers at this year’s contest, that could provide an opening for someone like Canto to woo an audience, especially if we have Scenario C or D where the staging can be more controlled and made more intimate than on an open stage.”

Melanie – 5 – “I still think that this is a very mediocre ballad, I think we can work more with “Voy A Quedarme” than with “Memoria”. We can make a moment with this song on stage. Also I think this fits Blas also a lot better than “Memoria”. Nevertheless, I’m not feeling emotions at all Blas. So if I have to choose between these 2 songs, I prefer “Voy a Quedarme” with an great revamp.”

Sean – 5 – “This is a decent production for a Disney ballad. I like the ‘spinning wheel slowing down’ sound effect into the second verse but I just wish the rest was a bit more interesting. The high notes in the final third sound almost directly lifted from “Arcade”, and while most casual viewers wouldn’t notice, it just feels like an unoriginal painting by numbers track on the whole.”

Based on our ratings, it seems we are hoping for “Voy a quedarme” to represent Spain in Rotterdam! But do #YOU agree with our thoughts? Share your thoughts with us below in the comments, on our forum HERE or on social media!