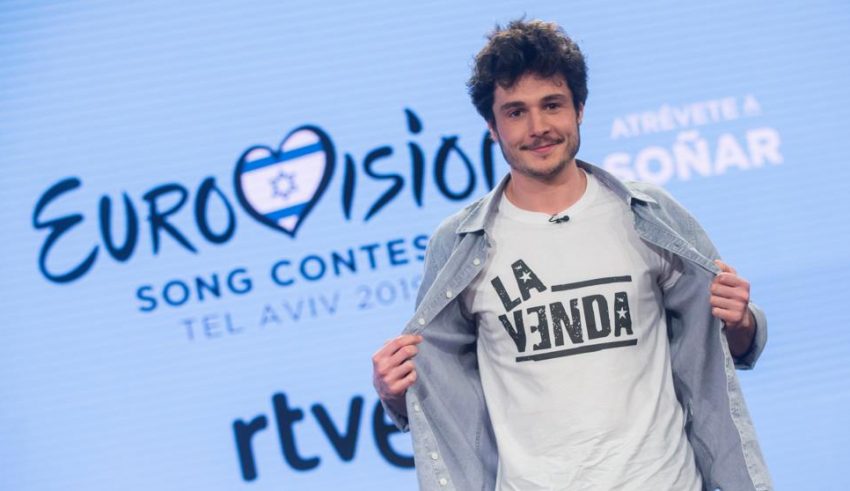 Miki is making it loud and clear that he wants to bring a party to Eurovision 2019 in Tel Aviv, Israel, as evidenced by the video dropped by Spain’s Corporación de Radio y Televisión Española this evening.

Shot in downtown Barcelona, with dozens of dancing extras, Miki’s “La venda” also received a revamp, tuning down only a bit of the charanga characteristics and adding some more modern pop production finishes.

You can see the full “La venda” video below:

As one of the Big Five, Spain’s entry will go straight through to the Final on Saturday, May 18, 2019.

Miki, more formally known as Miki Nunez, won the honor of representing Spain at Eurovision 2019 by winning Gala Eurovision on January 19, 2019, after also competing on a full season of the reality show Operacion Triunfo 2018, which was won by Famous. Miki only placed 6th in that show, but earned the right to progress to the Gala Eurovision final where he triumphed.

What do #YOU think of Miki’s “La Venda”? Comment in our forum, on social media, or in the comments below.