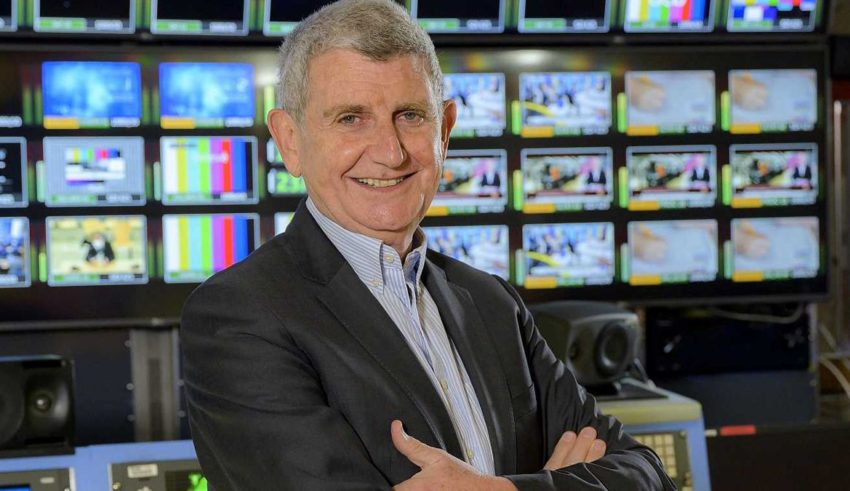 Last week, Spanish broadcaster Radiotelevisión Española’s (RTVE) new Executive President José Manuel Pérez Tornero promised a continued shake-up at the broadcaster and laid down a marker that thrilled many Eurovision fans: “We are going to take Eurovision very seriously,” he announced in a press conference. “We are the only Spanish public television that belongs to the EBU, we are interested in the event and in contact with youth in their European context.”

And today, an announcement was made by RTVE that signals Tornero is following up on that. In a press release, RTVE announced that “Ana María Bordas has been appointed as the new Director of Entertainment and Disclosure of RTVE, an area dependent on the General Content Department led by Amalia Martínez de Velasco.”

Though other areas of entertainment are covered by these appointments, these changes will also affect Spain’s approach to Eurovision, which will be some comfort to Spaniards who have endured six successive Grand Final placings in the 20s, with Manel Navarro’s “Do if it for your lover” coming in dead last at Eurovision 2017.

Though Blas Canto dedicated his Eurovision 2021 entry “Voy a quedarme” to his grandmother, who passed away from COVID-19 last year, its sentiment was not as universal as hoped and it did not appeal to Europe at large and came in 24th place with 6 points, with none coming from the televoters.

It is not 100% clear what Bordas’s new role will be relative to Eurovision, though some involvement is expected even if she is no longer Head of Delegation, the role she’s held since 2017. Bordas was re-elected as Vice President of the Television Committee of the EBU in April 2021, a role she will hold until at least the next Assembly election in 2023.

Current Head of Entertainment Toñi Prieto will be moved to Entertainment Director of TVE. It is unclear if Prieto will be involved with Spain’s Eurovision delegation in future, though for the first time since Prieto’s hiring in 2005 Prieto will have a direct supervisor, which will be Bordas. Prieto has come under a lot of criticism from Spanish fans for being the cause of Spain’s decline in the contest since 2005.

One major highlight of Bordas’s career is Spain’s successful return to Junior Eurovision. Spain was involved in the first four Junior Eurovision contests from 2003 to 2006, with Maria Isabel taking the crown for Spain in 2004 with “Antes muerta que sencilla.”

Despite never finishing lower than 4th, Spain did not enter Junior Eurovision 2007 and would not return for another 12 years.

Though Spain’s viewership for Eurovision 2021 was 6% down in terms of television viewer share relative to Eurovision 2019, Tornero pointed at youth excitement in both junior and adult versions of the contest.

Tornero’s challenge is to deliver quality entertainment to an emerging youth market while trying to balance RTVE’s books and reduce the broadcaster’s debt, which currently stands at roughly 131 million euros. Tornero promises a pro-active approach, and it appears that Eurovision is part of his approach to gin up viewership among the youth and deliver cost-effective yet exciting entertainment.

“We cannot open a window for someone to come to us to sell ideas and buy them based on price,” Tornero told Europa Press.

And it is not just in Spain RTVE is looking to generate revenue – Tornero said that they are looking into foreign revenue opportunities. At present, RTVE cannot sell entertainment overseas directly like a lot of RTVE’s European rivals (e.g. no Britbox-like service in the US and Canada like the United Kingdom’s BBC can sell), but Tornero plans to change that.

More changes are coming to RTVE, though Tornero promises that they’ll be gradual and after Bordas’s promotion, most of the new moves will be executed in September after the Olympics.

Do #YOU think Tornero’s change-ups will improve Spain’s chances at Eurovision? Or do #YOU think RTVE is shuffling deck chairs on its version of the deck of the Titanic? Let us know in the comments, on social media, or in our forum.