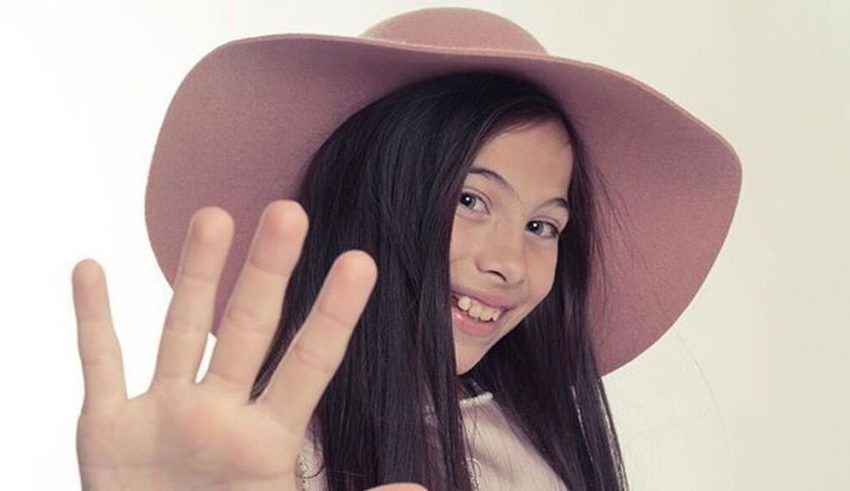 A couple weeks ago, Spain teased us with a snippet of Melani Garcia’s entry for Junior Eurovision 2019, “Marte,” and now the full song and official video has been released.

Spain were a surprise announcement at this year’s Junior Eurovision, given that their last tilt at the junior version was back in 2006. But in their four appearances, Spain has never finished lower than 4th (in 2006), winning in 2004 with Maria Isabel’s “Antes muerta que sencilla” (the memorable and very spirited “Better to be dead and cool, than unlive and uncool” entry). Spain also finished in second place in 2003 and 2005.

There is a lot of hype surrounding “Marte,” written by Pablo Mora and Manu Chalud, especially due to Garcia’s pop-opera crossover style. 12-year-old Garcia discovered opera while rifling through her parents’ record collection four years ago, and taught herself by ordering and reading books on operatic vocal techniques. After beginning recording last year, she has sought professional vocal training, and from the sounds of “Marte,” that looks like it will pay off handsomely.

Internally selected by Spain, Garcia was one of the earlier announced entries for Junior Eurovision 2019, to be held on Sunday, November 24, 2019, at Gliwice Arena in Poland.

What do #YOU think of “Marte”? Do #YOU think this will soar to victory? Let us know in the comments below, our forum, or on social media.