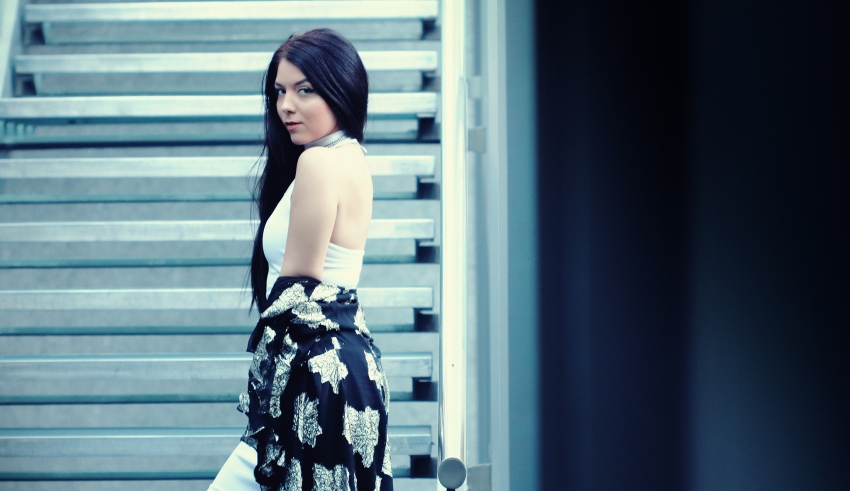 Last year she took to the EMA stage with her beautiful ballad “Color Me” and this year she is back with “V Nebo”, and there is also an English version prepared; “Glow”. Even while being so busy living between London and Ljubljana, she manages to write and publish her own music and even win some awards along the way. It’s time we spoke to Slovenia’s Ina Shai!

What has happened in your life since last EMA?

I graduated! I’ve been studying music in London for three years and after I finished I decided to stay there for a bit longer as it is a great place to be if you want to develop as an artist. Besides graduating the highlight was definitely becoming a featuring artist on BBC Radio Introducing London with a song from my debut EP Overload that I released in October 2016, and performing at Hay Festival where I opened for Emmy the Great. I also won the Charter Champion UK Music Innovation award in 2017. At the moment I am focusing on writing new material for my next releases as well as writing for other artists. I really can’t wait to show you what we’ve been working on.

When and why did you decide to apply for EMA again?

About a week or two before the deadline I got a great idea for a song and I quickly recorded it on my phone. I called my producer Hans Kristjan Aljas and the next day we were already recording a demo in the studio. From the start I felt that this song would be perfect to perform at EMA and potentially at Eurovision so I didn’t hesitate to apply with it.

What can you tell us about your EMA song?

The title of the song is “V nebo” and “Glow” (for the English version). It is a powerful song, a modern ballad with a big chorus and meaningful lyrics that are meant to inspire and hopefully unite people all over the world.

What is your first Eurovision memory?

– It’s so hard to say because I’ve been watching Eurovision ever since I was a little girl. I remember once I wasn’t at home to watch it and I asked one of my friends dad to record it on a tape so I could watch it a day later. I am not sure how old I was but I was absolutely obsessed with Eurovision at the time.

Euphoriaaa. And I really like last year’s winning song “Amar pelos dois”. My heart melts every time I hear it.

No two days are the same. At the moment I am very busy preparing everything for my performance at EMA. I would usually wake up at around 9 or 10am (I love to sleep yes!) unless I have an early morning radio interview which means I have to get up at 6am. Then I would check my emails, answer interviews, update my social media. I would then either have a rehearsal with my choreographer, a vocal lesson or a dress fitting. There is a lot of traveling as well and I am on the road a lot which takes a lot of my time. When I am in London I also have a lot of writing sessions planned with different producers – I absolutely love writing songs – it’s my favourite part of the job besides performing live. Then of course I always take the time to relax and to hang out for my friends and if I am in London I would chat with my family online. I am thankful for all the applications that allow me to stay in touch with my loved ones even though we live so far from each other. It would be very difficult otherwise.

Would you be so kind to tell us something interesting about yourself, something that isn’t commonly known?

Hmm… I am quite a good skier. When I was younger I was training skiing but then my love for singing and dancing took over and I focused more on that. I do not regret it but I still love to go to the mountains to ski or snowboard. I just love the adrenaline!

Do you have any message for Eurovision fans all around the world?

Share the love and positivity and be yourself. Glow in the way only you can!

We would like to thank Ina Shai for her time and wish her the best of luck with her participation in EMA 2018!

What do #YOU think of Ina Shai’s entry? Share your thoughts with us on our forum HERE or join the discussion below and on social media!