Home 2019 Sleepwalking to Eurovision 2000: An iconic metal band tries out for Finland 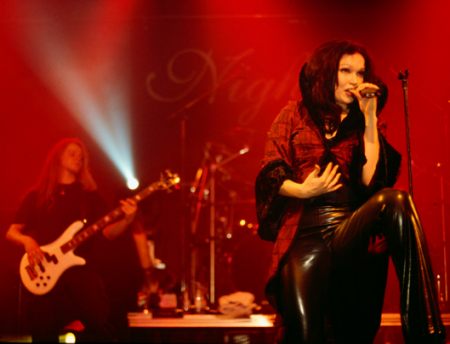 As the national finals continue rolling out for Eurovision 2019, we take a look at some highlights from national contests past and artists who went on to achieve success after their participation. Today, after Darude’s “Look Away” was selected for Finland, we go back to Finland’s national selection final in 2000, when Darude’s “Sandstorm” was in the European and North American charts. Neither the televote winner nor the jury winner were selected that year, though the televote winner went on to become one of the most iconic metal bands of all time.

Demons and angels all in one arrived that fine May night in 2006, when Lordi broke two longstanding droughts at the Eurovision Song Contest: Lordi, the first ever winners from Finland, were also the first ever hard rock winners.

But if the judges went the same way as the televoters at the Finnish national selection final in 2000, Lordi would not have been the first Finnish hard rock entrants at Eurovision. And the band skipped over that night took their defeat in stride and reemerged as one of the world’s most successful metal bands: Nightwish.

Prior to Nightwish, combining symphonic elements such as operatic vocals or orchestral instrumentation with hard rock or heavy metal was decidedly uncool. There were respectable bands like Sweden’s Therion who bootstrapped metal to classical, but they tended towards the more avant-garde or progressive side of metal. Blending classical instrumentation with metal riffs was strictly the province of the likes of Trans-Siberian Orchestra in the ’90s, and while their seasonal shows are considered a holiday highlight, no-one would consider the sound cool or pioneering.

It was Nightwish who first pioneered the fine balance between classical, pop, and metal sounds that defines symphonic metal today, but with their Eurovision 2000 entry, they may have arrived with a half-awake song in “Sleepwalker.” They arrived at the Finnish National Selection Final on the back of two solid albums that were popular in their native Finland and cemented their status in the minds of the Finnish public as a talented, upcoming metal band that was managing to transcend what was previously thought to be a niche genre.

Formed in 1996, keyboardist Tuomas Holopainen, already a fixture in the local metal scene, formed a side project with his high school friend and acoustic guitarist Erno Vuorinen, with the intent of playing Finnish campfire music with a keyboard element. Adding classically trained soprano Tarja Turunen, drummer Jukka Nevelainen, bassist Sami Vanska, and recording a demo, Holopainen decided to add electric guitar to the mix, stating that adding riffs in the style of Pantera or Metallica would round out and formalize the core Nightwish sound they have stuck with through today. 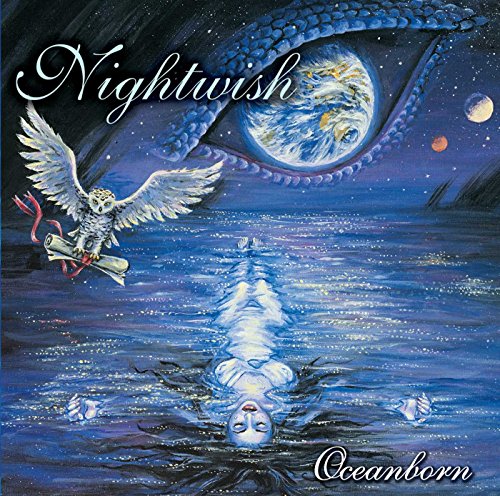 Nightwish released their debut album “Angels Fall First”, which hewed closer to a power metal style and more traditional vocals, in 1997. But it is with 1999’s breakout masterpiece “Oceanborn” that Nightwish arrived on the Finnish music scene. Bringing Turunen’s soprano vocals and Holopainen’s symphonic keyboard more to the front, it was an ambitious and grandiose statement of intent that landed at Number 5 on the Finnish Album Charts, spawning two Number 1 hits on the Finnish Singles Chart in “Sacrament of Wilderness” and “Walking in the Air.”

Turunen, in particular, a classically trained full lyric soprano, shone as her voice soared over the hard guitar riffs, inspiring a host of imitators to this day in a collection of bands that is often and clunkily referred to as “female fronted symphonic metal.”  A typical example of her skill can be heard after the second chorus of the song “Passion and the Opera.” In a regular metal song, after that second chorus you can expect a guitar solo to kick off the bridge, but Turunen launches into an amazing cadenza that replaces the guitar soloist’s role. If any platform was suited to such a display of incredible vocal virtuosity and dynamism, it is Eurovision. And so it was they entered the Finnish national contest in 2000 with “Sleepwalker,” making it into the Top 6 after being selected from the 12 radio-only semi-finalists.

So given that they were following up an album that is considered influential (Loudwire lists “Oceanborn” in its Top 25 Power Metal albums of all-time list), what conspired against Nightwish at the Finnish national selection final in Helsinki on 12 February, 2000? Definitely not the fans. In postal and televoting, Nightwish finished 1st with 60 points. Even though “Sleepwalker” is a slower and softer Nightwish number, it is a fine showcase of Turunen’s vocal skill and Holopainen’s keyboard work, the judges voted it 5th of the 6 finalists. Nightwish also recorded a “heavy” version, with heavier and more pronounced guitar and a less operatic performance from Turunen. Perhaps if Nightwish had confidently submitted that version, they may have prevailed? But given who the judges voted for, it is unlikely a jury looking for a safe entry for Finland after spending a year out in 1999 due to the recently introduced relegation system (the bottom six from 1998 to 2003 would not return the next year) would have picked a more unconventional version of an already unconventional entrant.

And safe is what the judges picked. Their first pick, Nylon Beat’s “Viha ja rakkaus,” was a generic pop dance number, of the sort that did okay in the Russian charts in those years. But that was not the ultimate winner. Neither was the judges’ second pick, Anna Eriksson with another mid-tempo pop banger called “Oot voimani muni.” It was the judges’ third pick, which combined with being the televoters’ second pick, which prevailed: Nina Astrom’s “A Little Bit”. With 41 jury points and 50 televote points, Nina eked ahead of Anna Eriksson (47 and 40, respectively), Nightwish (18 and 60, respectively), and Nylon Beats (49 and 20, respectively). Instead of the winner of either the judges or televoters making it, Nina Astrom’s winner had the hallmark of a compromise that would satisfy no-one.

And so it was, as Nina Astrom’s “A Little Bit” placed joint 18th out of 24, relegating Finland to omission from the 2001 competition. The song itself was “Love Shine a Light”-lite: a slow, positive message number competently sung and performed but with little in the way of distinctiveness. As ESCUnited editor-in-chief Matt Friedrichs referred to it in his review of Finland’s history at Eurovision: “inoffensive… blends in.” In playing safe, Finland consigned themselves to another year on the sidelines.

But Nightwish took their defeat in stride, releasing “Wishmaster” a few months later in May 2000 and “Century Child” (adding bassist and vocalist Marco Hietala) in 2002. They then broke out of their native Finland and into the international metal stratosphere with their 2.3 million unit selling album “Once” in 2004, which gained exposure in the United States and Canada thanks, in part, to their single “Wish I Had An Angel” being tacked onto the soundtrack of and being the only good thing about the dreadful Uwe Boll movie “Alone in the Dark”. “Once” is listed as one of Rolling Stone Magazine’s Top 100 metal albums of all time, and though more polished and poppier than “Oceanborn,” it is the go to album for anyone looking for a gateway into symphonic metal. Other tracks from “Once,” such as “Nemo” and “Dark Chest of Wonders” remain classics of the symphonic metal genre they arguably created and the sound that has created many disciples (some, such as the Netherlands’s Within Temptation, who started out as a gothic metal band, are giants of the genre in their own right).

Sadly, Turunen and Nightwish parted ways in 2005 after Holopainen accused Turunen of being a diva. Not a bad thing for fans of Eurovision, but evidently enough for her bandmates to shove her out. Enter Anette Olzon, a Swedish self-taught soprano and a controversial pick who divided fans in a similar manner to Mary Ramsay’s replacement of Natalie Merchant in 10,000 Maniacs. To accommodate her more conventional and less operatic vocal style, Nightwish opted for more emphasis on thrash metal elements and new influences such as Native American folk music, and released “Dark Passion Play” in 2007. The album was well received despite initial reservations about the singer and change in style, with the lead single “Amaranthe” garnering over 100 million views on YouTube.

“Imaginaerum” followed in 2011, and Olson herself followed Turunen out the door in 2012 because her personality was deemed detrimental to the band (code word: diva). She was replaced by Dutch singer Floor Jansen, another trained soprano who spent several years studying opera and music theater, and they released the critically acclaimed and commercial successful evolution concept album “Endless Forms Most Beautiful” in 2015.

Ultimately, metal had its day in the sun at Eurovision with the rougher, more raucous “Hard Rock Hallelujah,” and Nightwish went on to become titans of metal. But had the judges not been as harsh, would Nightwish have eked out the win and maybe stood a chance against the Olsen Brothers and “Fly on the wings of love”?

Do #YOU believe “Sleepwalker” would have done better than “A Little Bit” at Eurovision 2000? Or do #YOU believe Finland was right to send a more established, conventional act? Do you think Darude should shave his “flavor saver”? Share your thoughts with us on our forum, below in the comments and on social media!