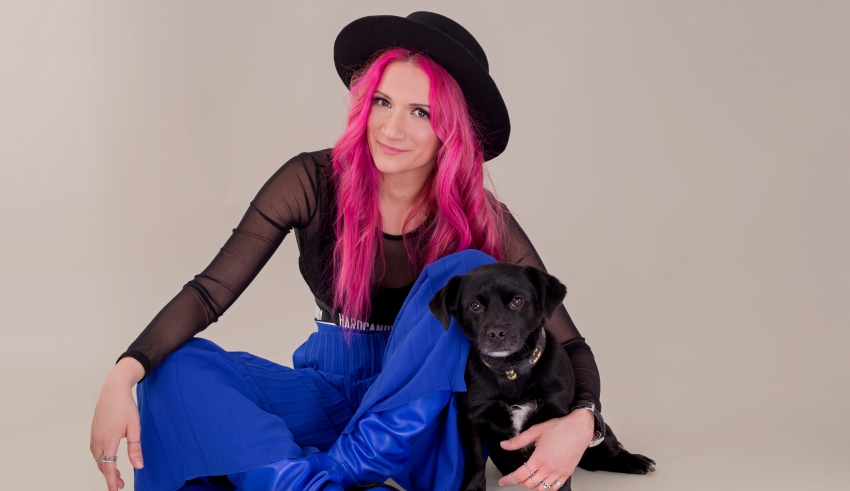 Saška Janx is well known in Eurovision circles. She was a backing vocalist at Eurovision on three occasions, and this will also be her third participation in the Serbian national final. She also participated in a singing show similar to The Voice, where she got praised from Jennifer Hudson for her performance of her song “One Night Only.” This coming Tuesday, Saška will do her best at Beovizija with her amazing voice, performing Pesma za tebe (Song for you).

Could you tell us who is Saška Janx in just two short sentences?

– Saška is, like someone would say, an amazing dude, an empath and someone who is looking forward to living the life. She is someone who likes art and showbiz almost equally, every positive vibe, creativity, good approach and of course animals.

What were your first thoughts when you found out that you will participate at Beovizija?

– I was so grateful and happy for that first official step towards the Eurovision Song Contest. And Lisbon… Since I was a little girl, I started to listen to their music, as well as Brazilian music, and I was always saying that I wanted to study Portuguese language. It’s just love…

Since you already have participated at Serbian national finals and you were also a backing vocalist at Eurovision, do you think you have some advantage comparing to the other participants of Beovizija?

– My Eurovision experience is some kind of an advantage, as I already know how things work there, the preparations and all those things that are lined up for the representative. But since all the participants have many and various experiences and we all are professionals, I don’t think there are many differences.

– It depends. When I have to work, or I have meetings or gigs, I am totally committed to my work. But when I’m free, my days are full of hedonism, creativity, spending time with my dog and close and dear friends.

Would you be so kind to tell us something interesting about yourself? Something that isn’t commonly known.

– Crocheting relaxes me. I’ve learned it from my music teacher, and the thread was made of sac, but later my dear grandma Mara gave me advice how to use the real thread and other materials. 🙂

How would you describe your song in just couple of words?

– The song is sincere, emotional, very specific, pop/soul with some elements of traditional music.

– Oslo, 2010. We came into our hotel, “Opera,” and across the street, like floating on the water, the real and one and only Oslo Opera House – one of the most famous Operas in the world.

– I have a few, actually the list would be very long. The last couple years gave us so many amazing songs, so it would be hard to pick just one. I am so glad that we again have good songs and amazing performances at Eurovision.

Do you have any kind of a message for Eurovision fans from all around the world?

– I would like to thank them for the support they were giving us and that they will continue to give, always and everywhere, specially in May during Eurovision, when we need that support the most. Also, I am sending them all lots of love!

We hope you enjoyed our interview with Saška and that you catch her and her fellow candidates at Beovizija on Tuesday!

What do #YOU think of her song and her chances at Beovizija? Sound off on social media and on our forum!

Norwegian national final, Melodi Grand Prix, will start this Saturday and two of the prequ…