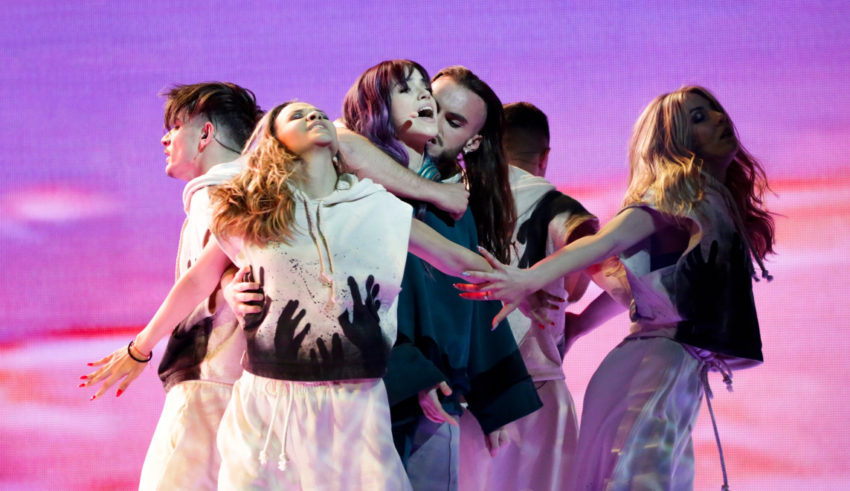 Hallo uit Rotterdam! We at ESCUnited are bringing you the final report on the last five acts to rehearse in Rotterdam today. Here are our observations on Belgium, Israel, Romania, Azerbaijan and Ukraine. 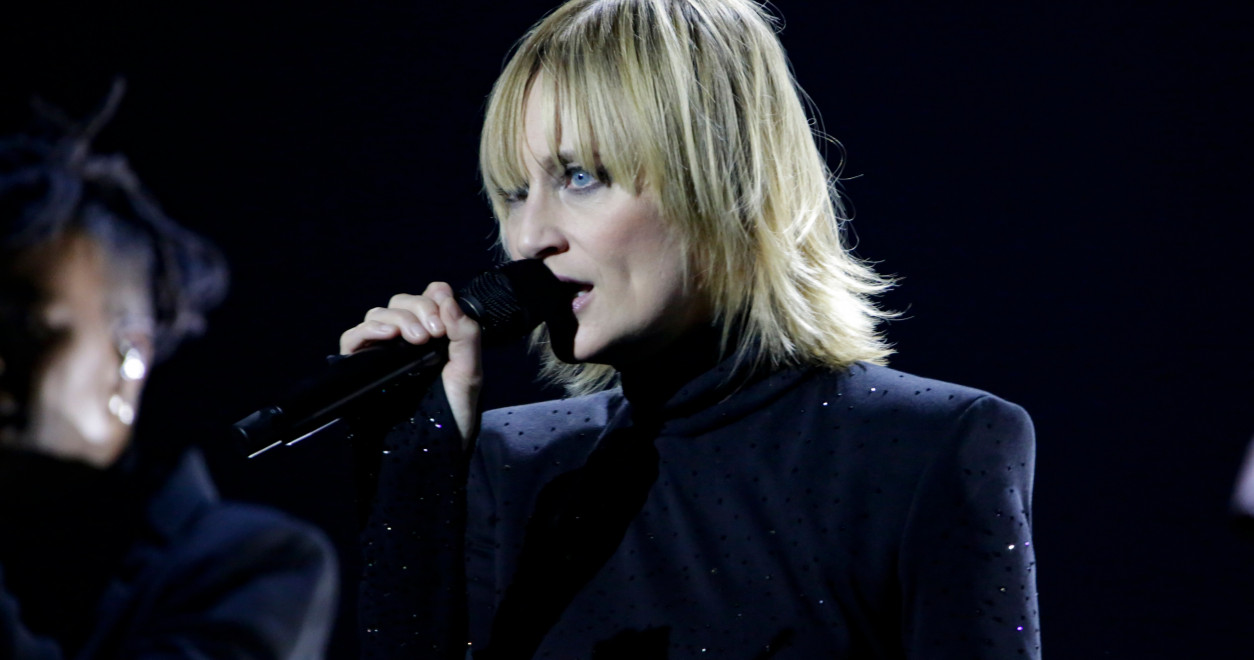 Hooverphonic delivered a classy rehearsal today. Geike Arnaert once again proves her with her flawless vocal delivery and excellent acting during the song. The dark melancholic timbre of “The Wrong Place” delve deeply into the warrens of her mind, as her ‘insanity’ unravels before our very eyes. It’s a smart staging idea, but we wonder whether it will come across well.

The backdrop and camera angles happen to serve some serious Blair Witch Project tea, enhancing the crazy vibe. The lights are bit brighter this time as well.

Overall, it is fair to say Geike’s performance was impressive, and yet, something feels missing. Belgium give the impression that they haven’t decided yet between going for psychedelic or melancholic. If they want to stand out and qualify, it will be about time they pick a lane. 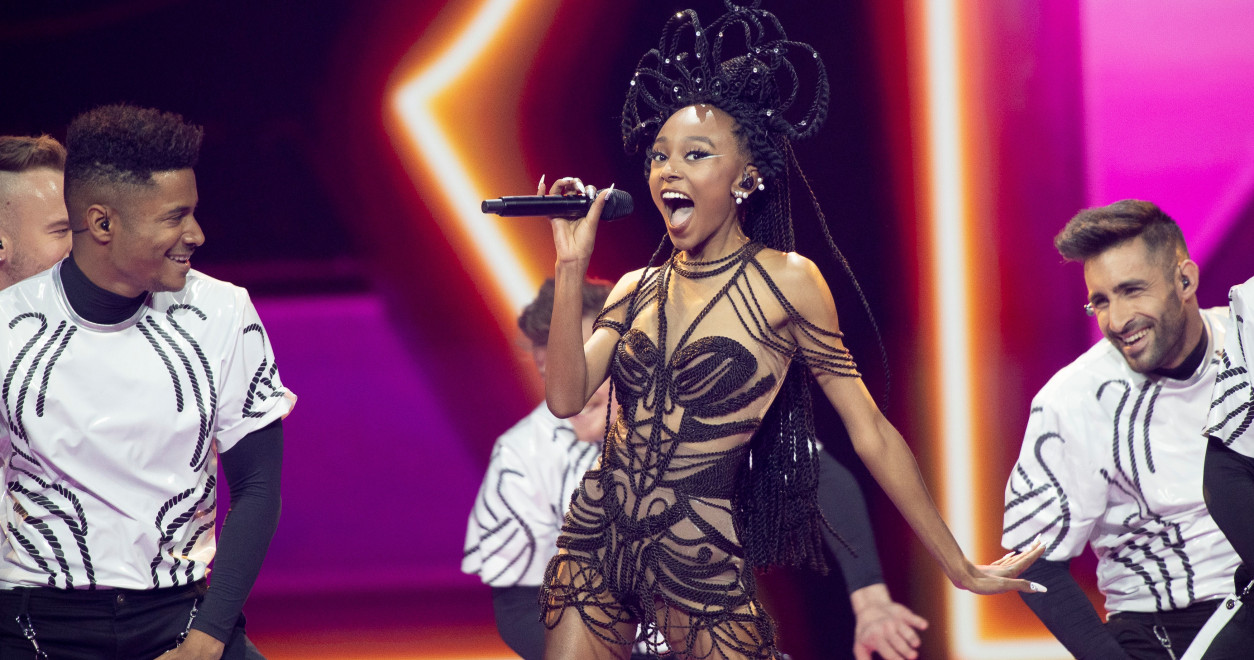 Israel pull off one of the bigger improvements of the day. Israel’s biggest issue on Sunday (the transition into the ending 30 seconds), has been smoothened out with better camera angles. Eden now wears her weave crown from the beginning, standing firm on her head as she flips her hair with reckless abandon.

Even better, Eden’s tenacity and vitality come through in these rehearsals, holding herself despite singing and dancing at the same time. It’s a straight-forward but noticable improvement for Israel, who remain in contention for the qualification spot next Tuesday. 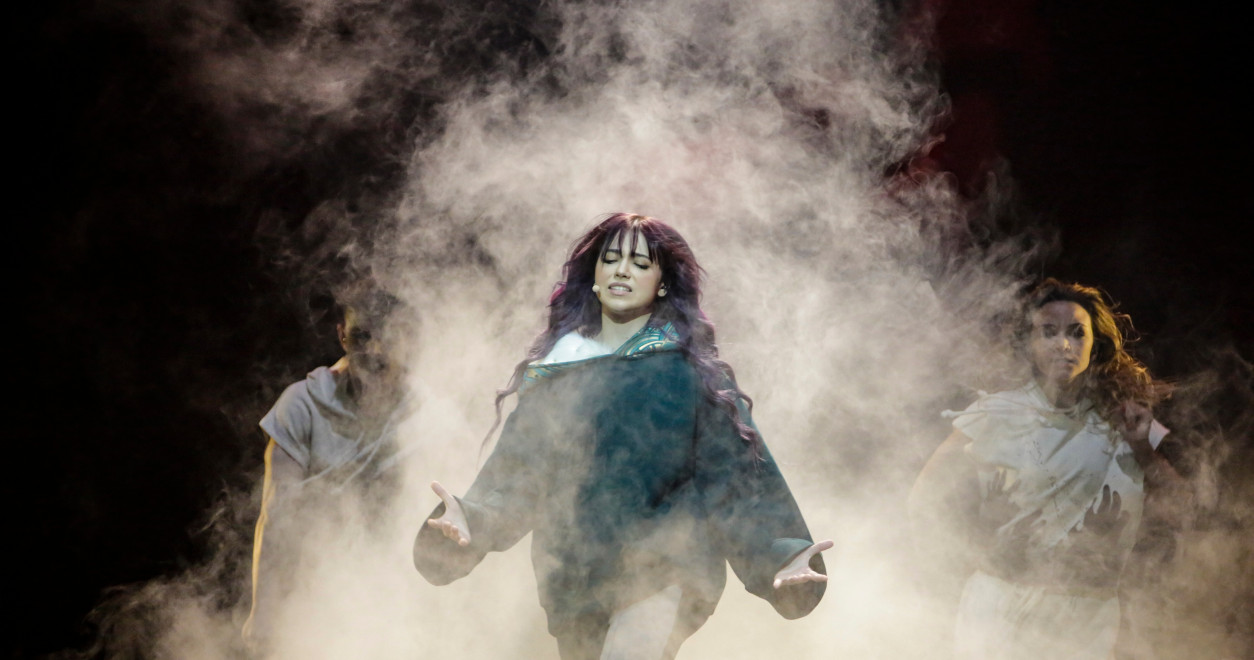 Israel weren’t the only ones to improve today, because Romania also ironed out several of their flaws, which was absolutely necessary. On Sunday, we felt “Amnesia” was headed towards Hot Mess territory. Today, we feel like the vision came across well. Romania improved their camera angles, Roxen interacted well with the camera, there are more close ups of her excellent dancers, generally a more well-rounded performance.

Some minor issues still linger. Roxen wasn’t always in tune during all three run-throughs, and because “Amnesia’s” act is so visually powerful she sometimes gets swallowed by it (similar to the problems that we pointed out about Rafal last Monday). Hopefully she can recover and improve her stage presence, as this can prove make or break going forward. 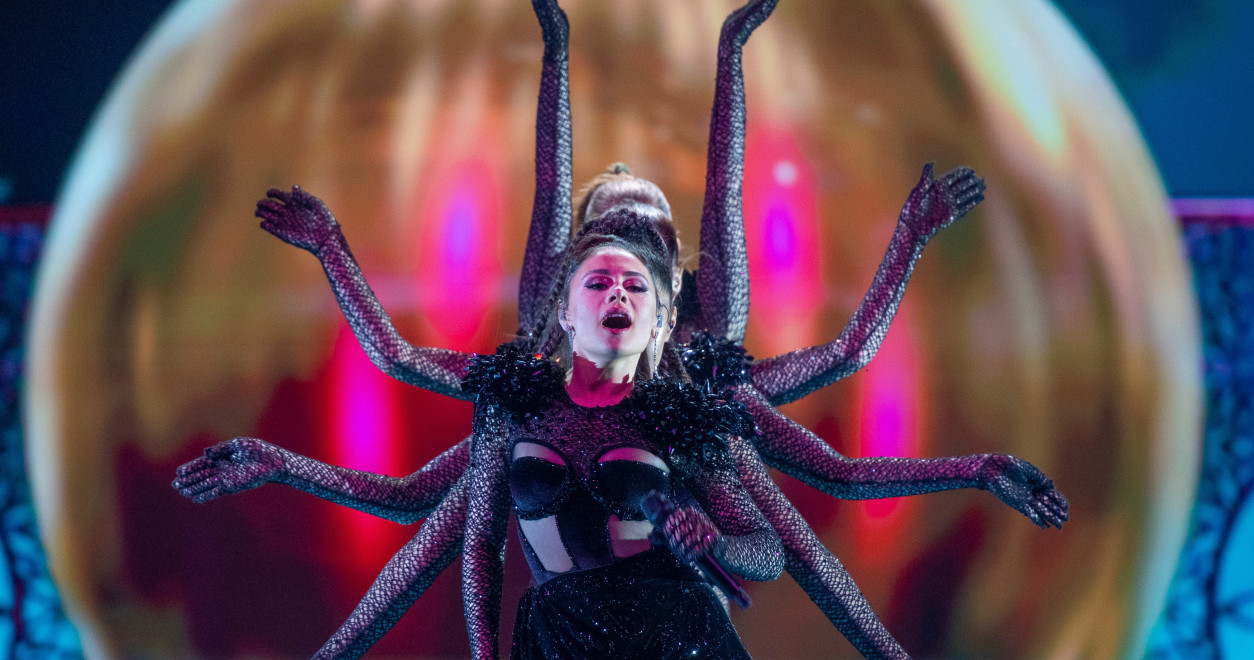 A running theme of today is that many countries managed to tackle their main problems from the first rehearsals head-on. Azerbaijan’s major staging issue was the abundance of wide shots during the performance. A minor tweak to the colour palette, darkening it also helps with the general atmosphere.  Efendi is also wearing a different, less revealing suit to further accentuate the darkness.

The break at the end of the song, “Mata Hari’s” true USP, has also been improved on, now interjected with close-up shots of Efendi as she rocks on. A solid improvement from the Land of Fire. Let’s see whether she can turn this into a qualification. 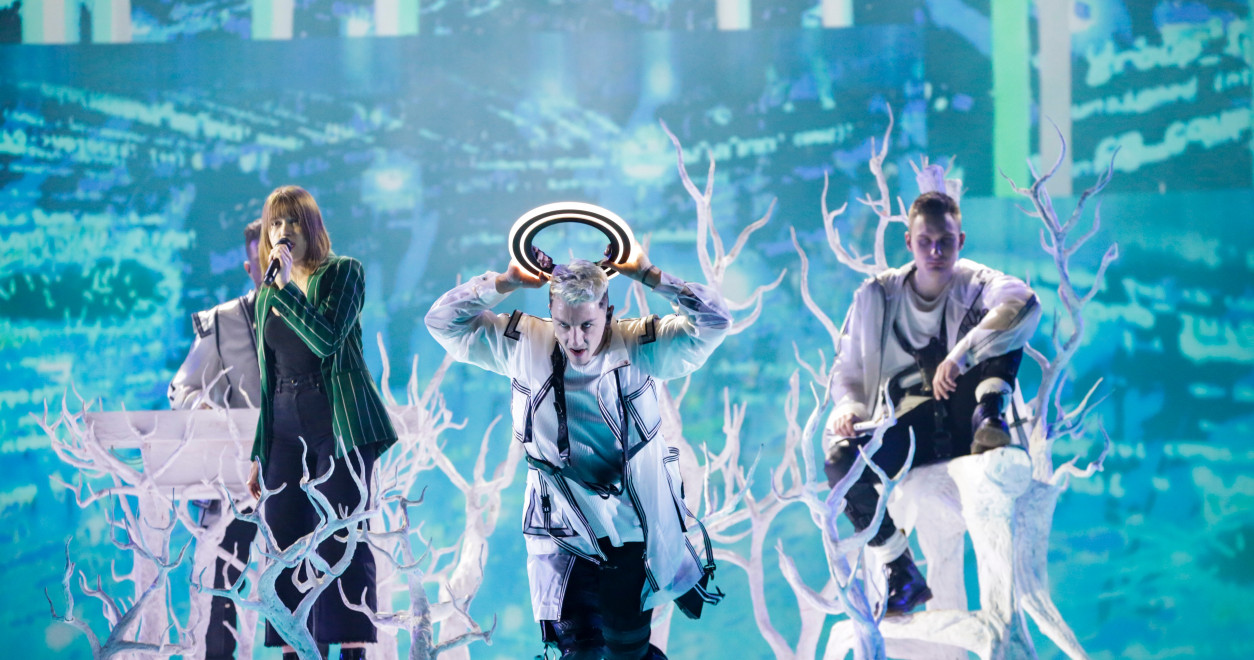 A minor setback for Katryna – she wasn’t feeling well, so she subjected herself to a voluntary PCR (NAAT) test. However, proceedings must go on, so the other members of Go_A (who all tested negative in the fast test), continued on rehearsing, with stand-in singer Emmie Van Stijn replacing Katryna for the rehearsal.

Despite the lack of Katryna (whose intensity is one of “Shum’s”s best selling points), Ukraine’s still managed to be highly entertaining AND impressive… which only shows how good “Shum” truly is. It was a splendid way to end the day and it will effortlessly reach the finals no matter what.

[The snippet will be added once it’s available]

This rounds up the report on the second rehearsals for today. Did #YOUhave any favourites? Who do #YOU think will qualify? Share your thoughts with us in the comments, on our forum HERE or on social media!