Home 2021 Second rehearsals: For the second time, the auto-qualifiers have rehearsed! 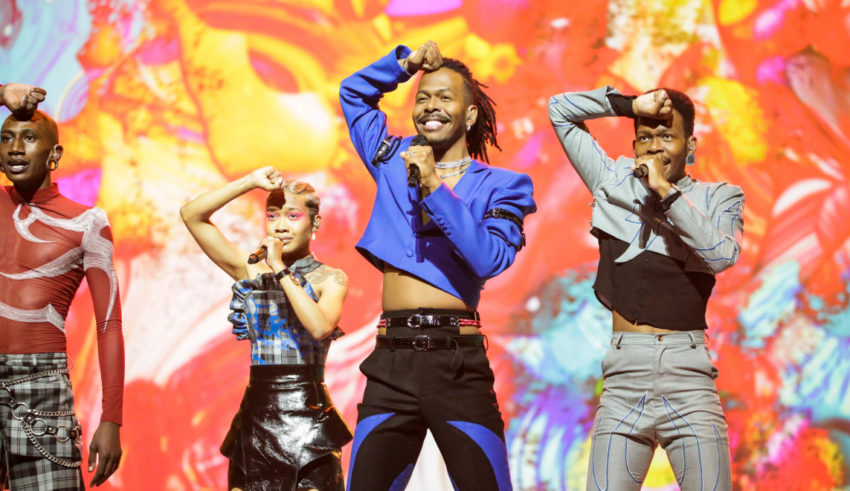 Written by Boris Meersman with additional words by Sean Tarbuck.

Sup you fools! ESCUnited here with our honest report on the second runthroughs of the autoqualifiers. Will the big five and the Netherlands improve? We’ll let #YOU know right now! 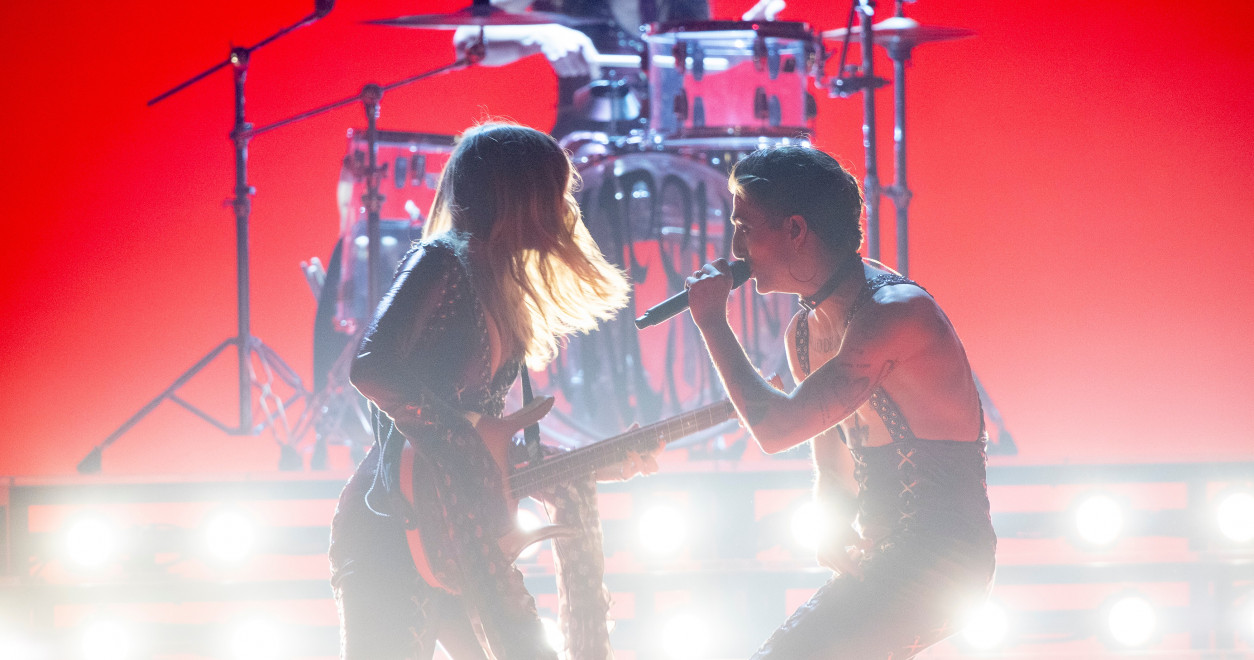 Måneskin were incredible, end write-up? Of course we cannot leave the report at that, but Måneskin delivered three impressive runs during this second round of rehearsals. The youthful members of the Italian glam rock band were dressed in glamorous matching red garments that made them all look stunning. Italy adjusted their camera and replaced several wide shots with close-ups of Damiano and the others – a smart move as it makes the whole a lot more gripping.

The money shots came at the end of the second run, however. The bridge is adjusted to look like a seizure of red light, followed by a myriad of pyros in all shapes and sizes and of course, that death drop. Måneskin grip your attention from the start and never let it go. Truly an impressive entry from the Italians who are looking at an excellent placement in the finale no matter where they’re put in the running order. 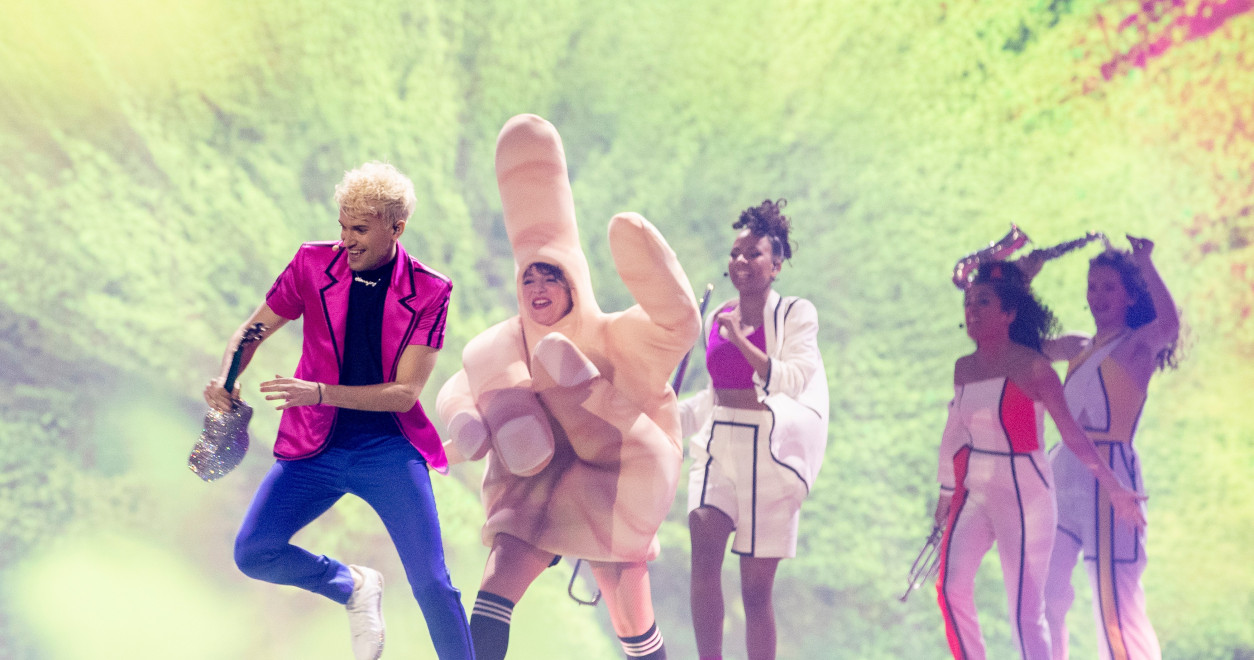 Jendrik is going to leave a lot of people divided. You either get this entry or  you really don’t. Personally, I’m not into Germany at all, but I can imagine how one might enjoy it. It’s energetic! It’s messy! It’s colourful! The problem Germany face however is that they may come across as a 2008-style interval act or as a “joke” (despite the very socially conscious message) as opposed to a serious entrant and that might turn people off massively. The comedic timing isn’t fully there and, once again, Jendrik is out of breath by the end of rehearsals because the choreography (provided by The Roop’s dancer Marijanas Staniulenas) is so physically demanding. It will be curious to see how many people Germany will win over with their stage show, but it remains a huge risk. 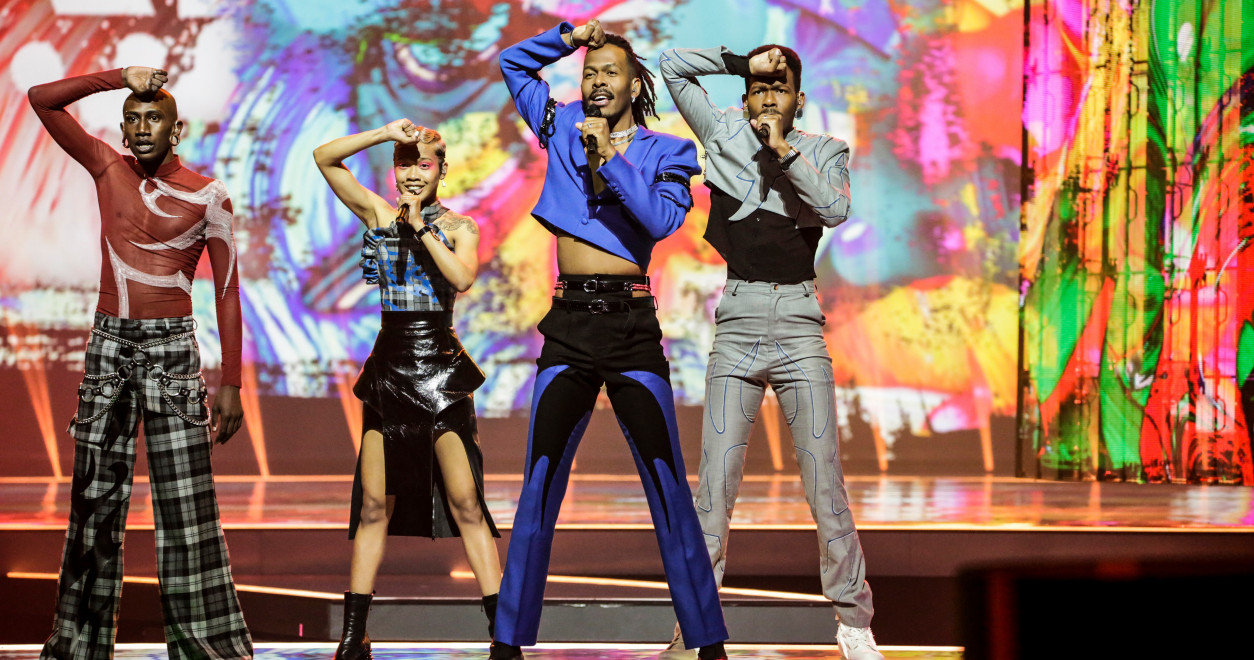 The second Dutch rehearsal went down swimmingly. Jeangu and his backing group performed with a lot of rhythm and gusto, nailing the song’s “rise from your ashes” vibe. The camera work has been adjusted to frame their genderfluid dancer a little bit better, and get the Sranan Tongo lines on the screen as they’re being sung. (No chance you can mishear them as a cruciferous vegetable this time around!). We have very little to add to what we wrote earlier. The Dutch staging concept exhibits a vision of empowerment and resilience, which they get across very well. This should result in a decent result, frankly. 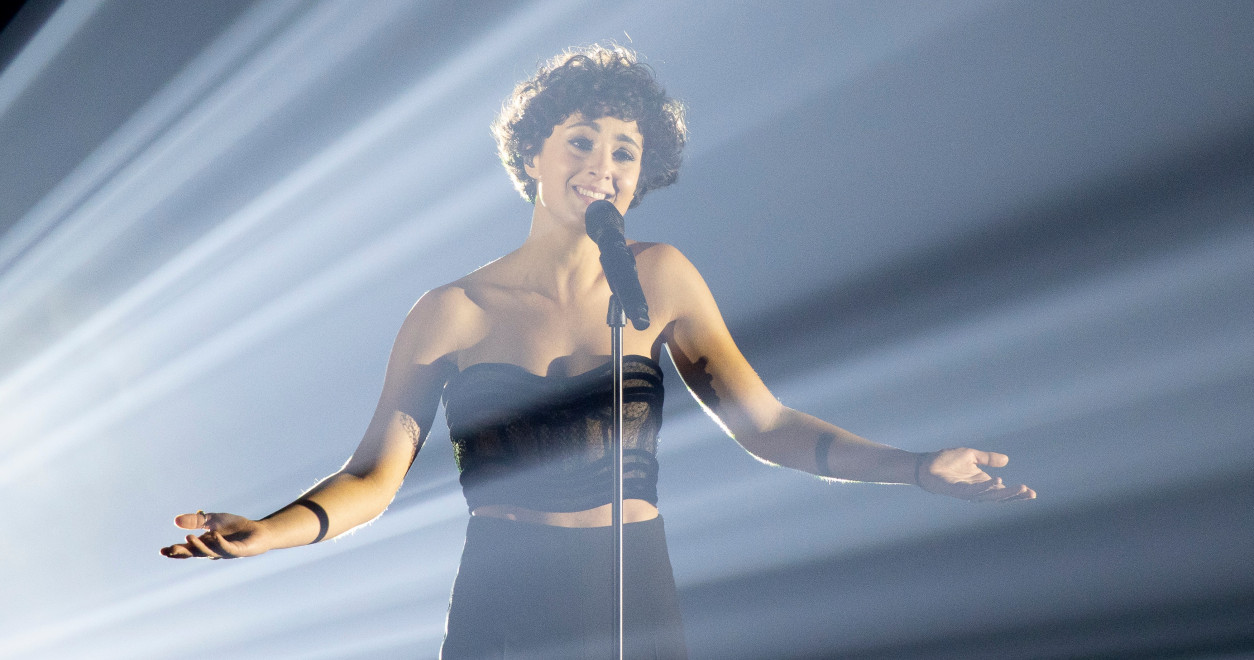 France experimented with emotions during today’s rehearsal. We saw two runs (as opposed to the usual three), but both were very good. Barbara came across as happy during the first and concentrated during the second, which implies the French are looking at which emotion is the best suited for Eurovision. They might be overthinking it, but it appears they really want to nail it without leaving anything to chance. “Voilà’s” power just cannot be denied regardless, and remains a solid contender for the overall victory. 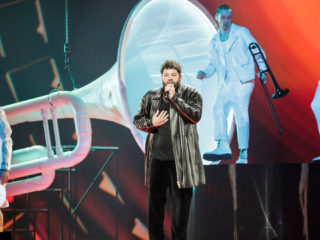 Bring on the trumpets! The Brits really want to hammer home the percussion sounds in their entry this year, and certainly fulfil their task of lighting up the room. The performance does look nice on screen but there is a concerning lack of energy both from James and his dancers, and the vocals could perhaps be stronger.

James starts out standing on a platform between two suspended trumpet props, before joining his dancers in the front of the stage as it varies between flashing red, blue and orange. I feel like this could be elevated by a live audience, but there definitely needs to be some work to bring the energy levels up. No pyros in any run through is also a major surprise from a country that always gratuitously tacks them on to their performances.

When in doubt, bring a big-ass moon as your prop. Blas Cantó is channelling Majora’s Mask with his staging, starting out in a capella before the production slowly lifts. A dimly-lit starry background makes way for an eclipse on screen as the tempo picks up for the second verse. A giant moon appears suspended from the ceiling throughout the second half of the song as the staging colours shift to golden hues and the moon turns blood red in the first run. A second run through saw the moon stay in white, so it will be interesting to see what they stick or twist with.

One thing to note is Blas has really gone for it vocally, with some notes among the more challenging of the year so far, and he has great connection with the cameras. If this gets a good draw I wouldn’t be writing this one off too much just yet…

What do #YOU think of today’s second rehearsals? Which of the performances is your favourite in Eurovision 2021? Share your thoughts with us on our forum HERE or join the discussion below and on social media!