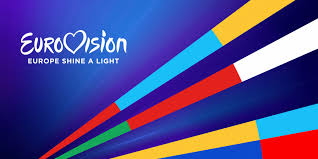 The Eurovision song contest has been cancelled as we all know, but so far we don’t know what has happened leading up to the decision or how the discussions have been after the decision has been made. The Director-General of San Marino RTV Carlo Romeo has revealed a few details.

Firstly it is good to note that San Marino was all for a postponement of the event to October. We should all keep in mind that that would have given a massive amount of complications too. San Marino had initially rejected the contest’s cancellation, but as we all know now the contest is not happening this year. There were frustrations in their camp that they had to figure this out via Twitter, but they immediately switched gears and started to think about alternatives.

In their eyes the main appeal of the show is the competitive aspect and they wanted to try and fit a certain aspect of this into the new plan for the replacement show. They have also sent their idea’s to the EBU and some of them have also been implemented in the EBU’s plans for their  “Europe: Shine a Light” show. As we all know however, “Europe: Shine a Light” isn’t planning on having a competitive aspect to their show and will rather focus on bringing the continent together. They are planning to show this year’s participants alongside some previous winners and while San Marino are on board with the EBU and are planning to broadcast the show, they have also revealed something else.

They have been working closely with RAI on a bit of an alternative. Both broadcasters agreed that they would like a competitive aspect to the show and RAI have already been in advanced works to work on said show. They want to fill in the need for a competitive show that unites the country and continent while also trying to fuse in some informative things about the current Covid-19 crisis. The added idea is to give people the opportunity to donate money to their national Health organizations. There will be an important meeting this Tuesday where they will try to solidify plans. The aim is to propose the idea’s that RAI and San Marino RTV have been cooperatively working on in the hopes that the EBU will implement some things. “We can avoid missing a unique opportunity” and the hopes are to have a solid plan for the replacement show that satisfies all the broadcasters and that would provide the viewers with a show that they are looking forward to watching.

What do #YOU think about these ideas from? Do #YOU think the EBU should take these ideas to create “Europe: Shine a Light”? Let us know in the comments below, on social media, or in our forum.