Home 2021 San Marino: Senhit admits she didn’t know whether Flo Rida would attend Eurovision with her! 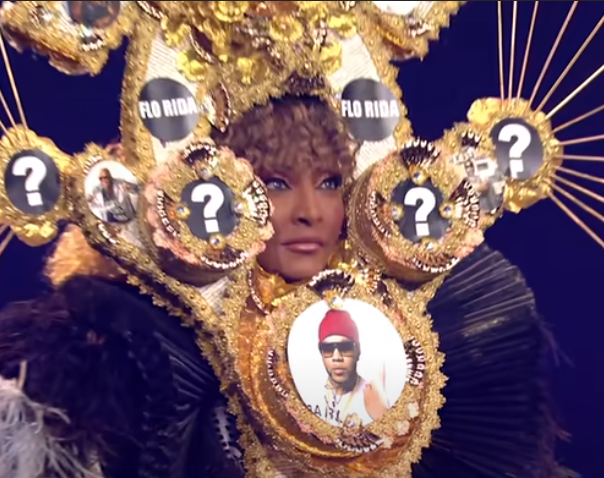 As you may remember, the Bolognese singer Senhit represented the Italian microstate with the upbeat eurodance song “Adrenalina”, which featured a bridge by the famous American rapper Flo Rida. However, as Flo Rida was a guest judge for a bikini pageant during the first and second round of rehearsals, fans and press were left unsure whether he would make it.

During rehearsals, Senhit teased the press Flo Rida’s appearance, keeping his potential appearance a secret and using it to build hype. The rapper eventually turned up for the dress rehearsals, replacing the stand-in rapper (affectionately nicknamed “Cali Fornia” or “Faux Rida” by the fanbase, or “Paul” by some press people.)

Now it has turned out that Senhit actually did not know whether he could make the trip to Rotterdam. Senhit confessed the following to Vanity Fair (in Italian):

Roughly translated, it means that she did not know whether Flo Rida would arrive and that she deliberately crafted a mystery to keep her own uncertainty a secret. She also adds that bringing Flo Rida over from America proved challenging (due to the COVID protocols active in the Netherlands at the time), but once he made the journey and Senhit established immediate chemistry.

In earlier interview Senhit admitted that she and Flo Rida had previously conversed with each other on Zoom, but never in person.

Flo Rida’s presence later provded vital for San Marino’s qualification chances, as the dynamic duo wound up qualifying in a tight 9th place in the semifinal. The pair stranded in a disappointing 22nd position in the finale, with only 50 points (12 of which were attributed by the Polish jury, officially the first time the words “San Marino, 12 points” had been uttered at Eurovision.)

In the same interview, the Italian diva unconditionally supports her countrymen that won the contest, the Roman glamrock band Måneskin.

Senhit admits that she has positive-to-mixed feelings about her Freaky Trip to Rotterdam, disappointed with her 22nd placement, but very grateful that she was able to live the full experience. She hopes Eurovision 2021 was the battering ram that could power her breakthrough.

You can read the full interview (in Italian) HERE.

Are #YOU a Senhit fan? Do #YOU think Flo Rida made a massive impact on San Marino’s success? What do #YOU think of Adrenalina? Discuss it in the comments, on social media or on our forum HERE.