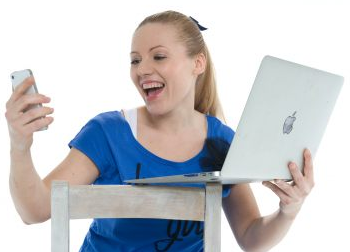 Over the past few weeks, many different rumors have been floating around on the Internet on who would represent San Marino in 2013 but not too many thought San Marino would go for the same artist 2 years in a row. Fans may remember Valentina from last year when she represented this tiny nation with the “Social Network Song”.

The song entitled Crisalide, (Chrysalis) will also be composed once again by Ralph Siegel. Ralph is best known for his song “Ein bisschen Frieden” which brought Germany their first victory in 1982. Since then he has wrote many entries for Germany as well as other countries and has become a Eurovision legend.

Unfortunately we have to be a bit more patient as the song has not been made public yet but the ESCUNITED team wishes San Marino and Valentina the best of luck.