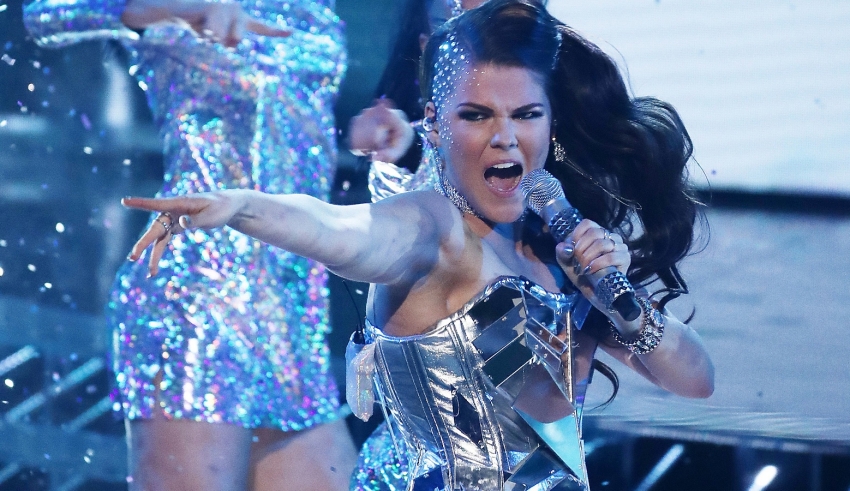 As you will already know, Saara Aalto, who ended 2nd in UMK 2016, is taking part in the British version of X Factor. Saara has had a rollercoaster ride since her audition earlier this year. But our favourite Fin has now made it to the semi final next week! And if that wasn’t enough.. Saara is now second favourite to win the whole competition!

The acts all performed two songs this week. The theme this week was ‘Louis Loves’, Louis Walsh’s favourite songs.

During tonight’s results show, it was announced that Saara had safely made it through to next week’s semi final, and therefore, no need to perform in the sing off. Instead, 5 after midnight and Honey G were in the bottom 2. Honey G was eliminated after 3 out of 4 judges decided it was time for her to leave the show, leaving Saara Aalto the only act in the ‘overs’ category remaining in the competition. Saara is now the second favourite to win the competition, behind Matt Terry.