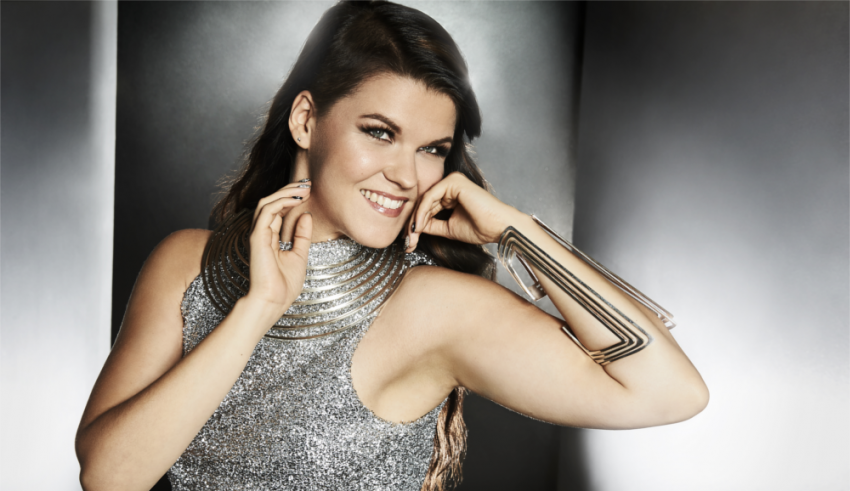 If Saara AAlto’s middle name wasn’t Sofia, it would quite obviously be Slay! Because this girl slays every time she gets on that X Factor stage! Tonight was no exception. Our Finnish Princess  not only took on two songs and got a standing ovation from all four judges, not only did she meet the one and only Father Christmas, not only did she perform a song she has wanted to do from the beginning… She also became the favourite to win the show!

Saara Aalto has been in the bottom two a massive 3 times but in recent weeks she has been welcomed into the hearts of the British people and they have certainly been picking up their phones for her because she has sailed through to the following week safely for the last few weeks. It was also announced tonight that Saara has won the televote at least once.

Saara, this week, was invited to the Finnish Embassy in London to meet the Finnish Ambassador, Päivi Luostarinen, as well as Father Christmas, who took time out of his busy schedule to meet everyone’s favourite Fin. Saara was asked for her Christmas wish and her reply was “to win the X Factor”. Father Christmas seemed to oblige because whilst the show was live Saara’s odds of winning shortened and she became the favourite to win the show! Saara is now the hot favourite to take the crown next Sunday!

It’s Christmas week on the X Factor and Saara wowed the judges tonight with both her songs and is hoping to gain enough votes to make it all the way to the final next week.