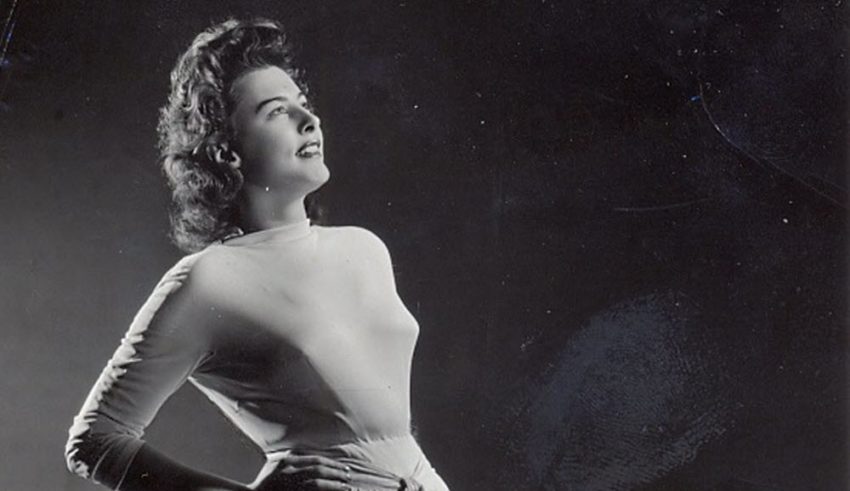 The below editorial features the opinions and views of the author and does not necessarily represent the views of #escYOUnited as a whole, Eurovision, or the EBU.

What bothered me the most about being a youngster within the ESCUnited team is that my historical knowledge was very below par. Therefore, my goal for 2021 has been to watch every Eurovision contest to have ever happened! In this editorial series I will be going by the years in sets of three to state my views on them and how much Eurovision has evolved as a whole from each set of songs to the next. So buckle up, strap in and let’s get on this journey together!

Today we will be starting the series and therefore we start all the way back at 1956, 1957 and 1958. They were held in Lugano, Frankfurt and Hilversum respectively.

Ahhh, the beginning of it all! 65 years ago in Lugano our yearly little music competition started. It is mad to think that I am watching something that is nearly 3 times as old as I am. Yet, here we are! As this is an editorial by myself and the fact that I clearly didn’t live in that time, I am probably out of touch with what was popular at the time, this will be a reoccurring trend. However, I do know what I like in music and I can try to objectively look at a competition and point out the songs that stand out. The first edition only had 7 participating countries, but they all send 2 songs which means we had 14 lovely songs in total! So let’s give this a crack shall we?

In this section we will be talking about the songs and the overall feeling of the show. This doesn’t mean we will talk about hosts/postcards or overall running of the show, but just how good or bad the songs are. I feel like the first year started off with an absolute bang! The singers mostly had amazing vocals and it seems like every country took the competition seriously from the get-go. A bunch of lovely chansons that immediately transport you back to the past. It is a bit difficult to talk about the big outliers and favourites since the 1956 contest famously only revealed the winner. This winner, turned out to be the Swiss entry sung by Lys Assia called ‘Refrain’.

Do I agree with the winner? To a certain, yes! very much so! I think it stands out with it’s swaying charm among the other songs. Looking at all the winners of the past, it is such an iconic start to it all as well and I am not sure if any of the other songs would have left me feeling like that either. Usually I would talk about the rest of the podium as well before rambling on about my own favourites, but like I said before, they were never revealed so we are moving straight on to my personal favourites.

No matter how much I love “Refrain”, the much deserved winner that would start it all, in my personal top it only scores a second place. It is absolutely lovely, but I always like to look for uniqueness in different ways, usually in either a unique voice, but moreover in some intricacies in the instrumentals. Knowing that, it might come as no surprise that my absolute favourite of 1956 is Dany Dauberson’s ‘Il Est Là’ for France. The instrumentals put over the chorus and the main words of the song give kind of a haunting feeling which I love, her voice is absolutely lovely as well and it is easily one of the most memorable songs of the early days for me. My third place goes to Italy’s ‘Aprite Le Finestre’ sung by Franca Raimondi. Another song with a unique voice and an interesting backing track!

Most underrated song: (no full results were announced)

Frankfurt 1957, our next stop in our ‘Eurovision-through-the-years-journey’. The show now contained 10 countries after Austria, Denmark and The UK decided to join the competition as well. A few things changed as well. The song didn’t have to be performed by 1 solo artist anymore and every country could only send 1 song! Also, there was no rule about the winner delivering the host-city again, so we randomly arrived in Frankfurt after the countries had agreed to take turns in hosting. A rule which wasn’t feasible anymore after more and more countries joined.

Seeing how the previous winner was a lovely chanson with a great, but perhaps not out there, backing track, we see a trend emerge that a lot of countries go for a chanson with an inoffensive backing track. Is this a bad thing? Definitely not for now, but little hipster Roy usually likes the more unique ones. Luckily, only about half of the songs fit this bill and the other half tried something different. Denmark went for a duet for example, something that wasn’t possible the first year since only 1 artist was allowed to perform in 1956. We also see Italy with an acoustic guitar driven song, Belgium opts to go for some jolly whistling and The UK decided to go down a more opera-esque route. Ooh and Germany sings about a telephone, something very foreign for the time still. I would say that I prefer the 1956 batch of songs, but only slightly!

The winner turned out to be my own country, Corry Brokken won for The Netherlands with her song ‘Net Als Toen’, How fun! But just like with the 1956 competition, it only comes in second place in my personal list. I recognize that the song is great and very well delivered. The song has a nice personal message as well, talking about how she wished her lover loved her the way he did when they were freshly together. Another lovely enchanting ballad that would definitely deserve the win in my book. In second place we had the French ballad ‘La Belle Amour’ and Denmark’s risk of sending a duet paid off and they came in third with their song ‘Skibet Skal Sejle I Nat’.

I only prefer Italy’s acoustic guitar ballad over Denmark, but I still think it deserved a spot on the podium. I get the appeal in France’s song, but it is a bit too standard for my own taste. I like a bit more spice hence why my top 3 is: Italy in third and the real winner The Netherlands in second. My overall winner might be a bit of a surprise, but I went with the jolly uplifting whistle tune from Belgium! It helps that I speak Dutch, but how can this song not put a smile on your face? I love it! Usually I would use the final bit of time in each year to point out the most underrated or most robbed song compared to the real result. Belgium came 8th, sooo…

1958, already the last year that we will discuss in this first editorial of the series! It was the first time that the winner of the previous year got to have the hosting rights, meaning this competition was held in Hilversum, The Netherlands. This tradition stuck around throughout all future editions and is still how we determine the host country each year. 1958 is also the year where The UK withdrew, but to make up for it, Sweden decided to join in on the fun. The voting system still had 10 judges from each country picking their favourite song and we saw a Eurovision song become a worldwide hit, gaining 2 grammy awards in the proces!

Logic would dictate that the winner, France, would become that hit. You would be mistaken! It was Italy’s ‘Nel Blu Dipinto Del Blu’ (also known as ‘Volare’) who got that honour. It only got a third place in the contest itself. The winning song came from André Claveau called ‘Dors, Mon Amour’. A delicate Chanson where he basically tells his lover to not worry and go to sleep. It fits the trend of the previous 2 winning songs. A lovely chanson, beautifully delivered, but maybe the judges didn’t dare to give the more daring and different songs their votes. Lys Assia nearly became a 2-time winner coming in second and Sweden had a great debut coming in 4th.

How do I view the winner? Ehh.. It is a bit too slow for my liking and the backing track doesn’t do anything particularly unique either, but I guess that is what happened in that time. André’s voice is definitely a big selling point and ultimately I put France as my personal 5th place. I liked Germany’s song ‘Für Zwei Groschen Musik’ a tad bit better and my podium is made up by Sweden’s ‘Lilla Stjärna’ in third, Italy’s worldwide hit in second and my favourite song of 1958 is Lys Assia’s Giorgio. A bit of a more joke-y, fun song with an interesting structure. As for the most underrated of the year? I would have to say Germany. I get it, it is not particularly your standard chanson and showing up with your CD (hah) collection might have been a bit distracting for the early days, but I think it is a lovely entry that is tons of fun.

Overall views and comparison to the previous set of years

Well… This is really something for the future where I want to compare the years in each article to the previous three years to see how Eurovision has evolved. These are obviously the first ever years of Eurovision, so I guess we can see this as a very strong start and baseline! My favourite songs of all these 3 years? Definitely France’s ‘Il Est Lá’ from 1956!

That wraps up about everything for this first installment of ‘Roy revisits’ I hope to see you back for the next 3 years!

What do #YOU think about the first ever Eurovision songs? Do #YOU agree with the winners, do you agree with me? Let us know in the comments or on one of our social media platforms HERE! I hope to see #YOU in the next editorial!

The EBU had been silent for a long while, but after giving us the host, the official Twitt…