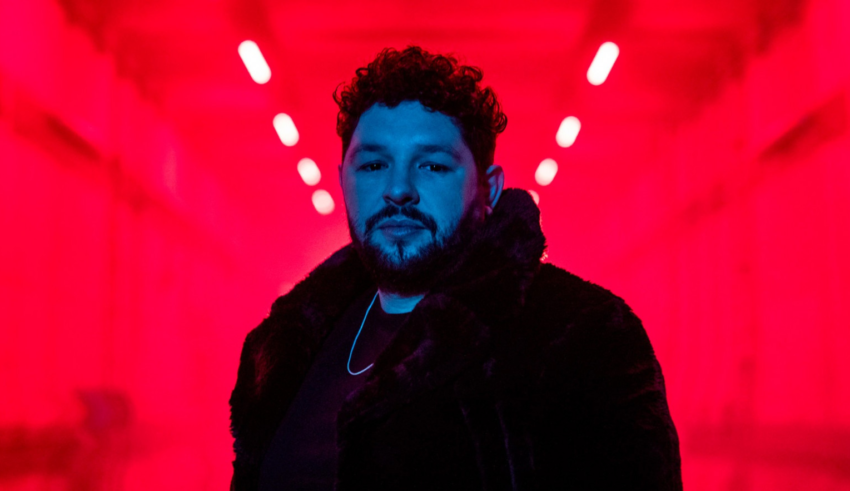 Up next is James Newman, an accomplished songwriter in the UK who is making the step into the limelight as a vocalist and hoping to bring the party to Rotterdam this year!

Who is James Newman?

While his brother John Newman may be more internationally recognised, James has been making a name for himself in the music industry as one of the most accomplished songwriters in the UK, with over 100 songs credited or co-credited with James’ penmanship.

Born in Settle, a small town nestled in the Yorkshire Dales in northern England, on 19th October 1985, James and his brother John were raised solely by his mother from the age of six. In a 2014 interview, John Newman notes “We were really skint, but we’re a tight-knit family who cared for each other and pushed each other. Me and my brother (James) became the men of the house. You learn a lot emotionally when you lose people.”

Growing up, James had always had an interest in music, and was in a band called Waiting for Volkaerts as a teenager while honing his songwriting skills.

James would eventually begin a successful collaboration with his brother, writing and producing music for him. Having moved to London to pursue a career in music during his 20s, his big breakthrough in the music scene came in 2013, when he co-wrote Rudimental and Ella Eyre’s “Waiting All Night”. The song went to #1 in the UK and charted successfully across Europe, winning James a Brit Award in the process in 2014.

James’ first major success working with his brother came in the form of his collaboration with Calvin Harris on “Blame”, from the Scottish DJ’s celebrated 2014 album “Motion”. James would continue to write songs for many successful artists over the coming years, continuing his relationship with Rudimental and also writing for Gorgon City, Jess Glynne, Little Mix, Kaiser Chiefs, Kesha, Backstreet Boys, and even Australia’s 2015 Eurovision artist Guy Sebastian. He also co-wrote Ireland’s Eurovision 2017 entry “Dying to Try”.

While James achieved great successes with his songwriting abilities, he always had the desire to step out and make a name for himself as a performer, and first did so in 2015 with a collaboration with French DJ Arno Cost; “Coming Home”. James’ work in the electronic music scene saw him collaborate further with producers on vocals, featuring on Don Diablo’s “Head Up” and Armin van Buuren’s “Therapy” in 2018.

The relationship with the latter Dutch DJ continued with further vocal appearances on 2019’s “High on Your Love” and 2020’s “Slow Lane”.

How did James get to Rotterdam?

It was announced by the British Broadcasting Corporation (BBC) on 16th September 2019 that the country would be returning to an internal selection for its entry for the Eurovision Song Contest, and it was announced that a collaboration with the music label BMG would take place to select an entrant and produce a song for Rotterdam.

On February 27th 2020, the BBC announced that James Newman would represent the United Kingdom with “My Last Breath” a mid tempo pop song co-written with James’ close friends Ed Drewett, Adam Argyle and Iain James on a trip to Scotland earlier in the year. The song’s reveal was simulcast on the BBC’s flagship radio stations, on Greg James’ Radio 1 breakfast show and on Radio 2 during Ken Bruce’s morning show.

The video for the entry featured Dutch “ice man” Wim Hof and was inspired by a documentary about a diver in the North Sea who got separated from his crew. “It got us thinking about what you would do for other people.” James said of the “anthemic” entry.

Sadly, it wasn’t to be for James in 2020, with the contest cancelled on March 18th 2020. Shortly after, James himself suffered from COVID-19 in the lead up to the EBU’s replacement contest Europe Shine a Light. The song later finished 6th in Sweden’s replacement Eurovision show “Sveriges 12:a”. A mini documentary was also released by the BBC about James’ selection and the subsequent feelings of the cancellation of Eurovision.

James’ debut EP “The Things We Do” was released in July 2020, featuring his Eurovision entry alongside two new songs, “Enough” and “Better Man”.

James had to wait a little longer than most to be confirmed as a returning artist for Eurovision 2021, finally being announced on 19th February 2021. Newman went with a different feel for his 2021 entry, opting for a dance anthem for Rotterdam. Speaking to the BBC’s Newsbeat, he noted “I feel like everyone wants a party and to have some fun so when I was writing, that’s what I had in my head. I wanted something people can dance to, even if it’s just in their kitchen.”

How has James been preparing for Eurovision since selection?

James posted a compilation of reactions to his Eurovision entry on his Instagram page on March 12th, including our very own Matt, before hosting a Q&A on his Instagram on the 21st and one with Ireland’s Lesley Roy on April 22nd.

In the build-up to this year’s contest, James conducted a number of interviews with various British media outlets, and alluded to the PA news agency that he had looked to the recent success in the charts of producers such as Joel Corry to inspire this year’s British entry. It was also revealed that James had recorded his live on-tape performance of “Embers” on the BBC’s Comic Relief stage.

The United Kingdom’s James Newman will perform “Embers” at the final of Eurovision 2021 on May 22nd as one of the members of the Big 5.

What do #YOU think of the United Kingdom’s entry for 2021? Share your thoughts on this article in the comments below, on our forum HERE and on social media!