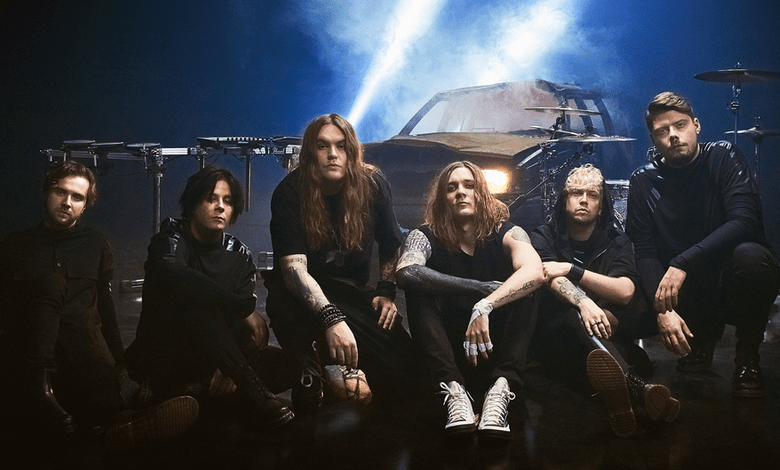 Next, we take a look at the “violent pop” rockers from Finland, who have stepped out of the Dark Side and into the Eurovision light. Put your middle fingers up!

Who are Blind Channel?

Formed in 2013 in the central Finnish city of Oulu, also the home town of 2018 representative Saara Aalto, Blind Channel have been variously described as a post-hardcore, nu-metal, alternative rock band or the band’s preferred description, “violent pop”.

Spending much of their existence on the independent, underground scene, they released their debut singles “Naysayers” and “Calling Out” in 2014. The group participated in the 2014 edition of Wacken Metal Battle, a competition that offered the winner an opportunity to perform at Wacken Open Air, one of Europe’s largest rock and metal festivals. The group emerged victorious and thus performed at this festival.

The band’s debut album “Revolutions” was released on 29th September 2016, and the band were chosen as the support act for Simple Plan in four gigs across Finland and the Baltics, then supporting Royal Republic and Amaranth on similar Baltic tours. Their first album was followed up by two more studio albums; “Blood Brothers” in 2018 and “Violent Pop” in 2020.

In February 2018, the group supported Hollywood Undead on four tour dates, and then embarked on their own solo tour across Finland and internationally in the summer of 2018. In December, the band toured the United Kingdom with All That Remains and Sevendust.

The band have also became known for their “violent pop” covers of famous pop songs, including Macklemore’s “Can’t Hold Us” and Anastasia’s “Left Outside Alone”, the latter of which earned wide praise.

How did Blind Channel get to Rotterdam?

Finland’s national broadcaster YLE confirmed that Uuden Musiikin Kilpailu would once again be held to select the Finnish representative for Eurovision 2021, with Aksel Kankaanranta chosen as one of the finalists after his victory in the previous edition.

Blind Channel were one of the acts announced for the contest with their nu-metal styled entry “Dark Side”, a song which immediately caught the attention of various Eurovision fans and quickly gathered views on YouTube.

The final of Uuden Musiikin Kilpailu was held on 20th February 2021 at the Mediapolis venue in Tampere and was hosted by Antti Tuisku. Seven acts took part in the competition; other notable acts included Laura Põldvere who had previously represented Estonia on two occasions but resides in Helsinki, veteran singer Danny and famous hip hop group Teflon Brothers with Pandora, considered as the main competition for the victory.

In the final, a combination of jury and televoting was used to decide the Finnish entry for Eurovision. In the end, Blind Channel won with an overwhelmingly convincing majority; they won the jury vote and earned 54% of the seven-way televote to more than double the totals of second places Teflon Brothers x Pandora. The final was watched by over a million viewers in Finland with a peak of 1.7 million, making it the most watched edition of UMK ever.

“Dark Side” was therefore chosen as the Finnish entry, meaning Aksel would become the first Eurovision 2020 artist to enter the selection for 2021 but fail to make it back to the contest.

How have Blind Channel been preparing for Eurovision since selection?

Ahead of their performance at Uuden Musiikin Kilpailu, the band released a number of vlogs in a documentary series called “Life on the Dark Side”, depicting their reactions to the COVID-19 lockdown in Finland, their subsequent preparations as a band and their decisions behind entering UMK, as well as their preparation and rehearsals for the competition.

“Dark Side” was immediately a hit in Finland, going straight to number one in the Finnish charts. Describing why they chose to enter Eurovision with the song to Eurovision.tv, the singer Niko explained “Dark Side is a song that’s meant to be performed together with an audience, as a kind of communal experience. Now we needed to find that audience – and we knew that there were lots of people out there who felt exactly like we did”

On March 16th, the band announced the news that their Eurovision entry was going viral on a number of Spotify charts, namely in Russia, Sweden, Ukraine, Estonia, Latvia, Iceland and Lithuania. The group announced that they would be performing at Qstock in Finland in July 2021 and that they would be performing in Helsinki on Saturday 14th August, while also making an appearance at Ilosaarirock in July 2022.

On March 9th, “Dark Side” was certified gold in Finland, with the band sharing their achievement with Instagram followers. The song later went platinum on streaming services, the first to do so this year in Finland.

The fifth and final part of their “Life on the Dark Side” vlog was released on March 31st depicting the band’s performance and victory at UMK 2021. The group then appeared on the official Eurovision Instagram page live on 3rd April to answer fan questions and discuss their preparations for the contest, before heading to Rotterdam on May 10th.

Finland’s Blind Channel will perform “Dark Side” in the second semi-final of Eurovision 2021 on May 20th, performing fourteenth on the night.

What do #YOU think of Finland’s entry for 2021? Share your thoughts on this article in the comments below, on our forum HERE and on social media!