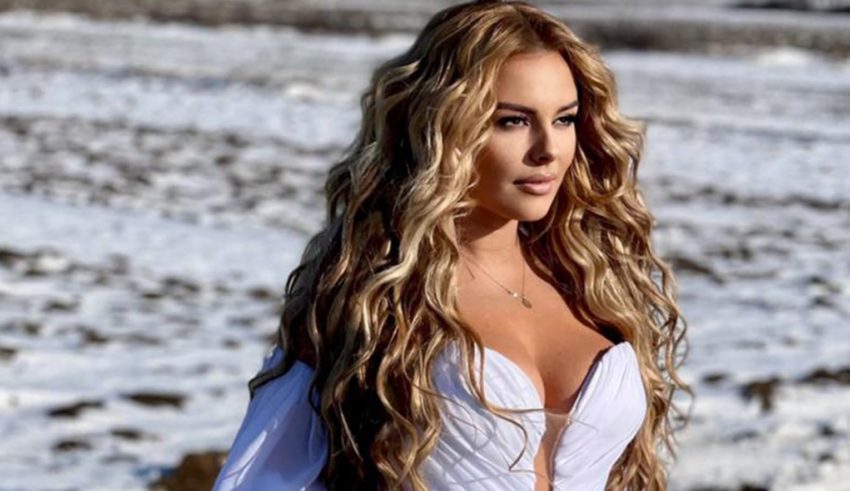 Today we look at the career of Anxhela Peristeri, who kicked off this year’s selection season with “Karma” all the way back in December. How has her long Road to Rotterdam looked?

Born in the south-eastern Albanian city of Korçë in the Morava Mountains on 24th March 1986, Anxhela Peristeri is an Albanian singer, songwriter and model who has been active in the entertainment scene in Albania for 20 years.

After graduating from high school in Tirana, Peristeri and her family moved to the Greek city of Thessaloniki. She has Greek heritage on the paternal side of the family from her great-grandfather but has stated in interviews that she feels Albanian.

In 2001, Peristeri took part in the Miss Albania pageant in Tirana, and later that year was a participant in Festivali i Këngës, before it became the Albanian selection for the Eurovision Song Contest, with the song “Vetëm ty të kam”.

Anxhela continued to work on her music career and released two singles in 2004, “1001 djem” and “Ishe mbret”. She continued to release into 2005, participating in the competitions “Mikrofoni I Artë” and in the semi-final of Kenga Magjike before taking time away from releasing music.

Anxhela begun releasing music once more in 2015, when her comeback single “Bye Bye” was released with Marcus Marchado. In March 2016, she joined the cast of the singing competition “Your Face Sounds Familiar” and emerged as the winner of the competition, and in December 2016 made her debut at the final of the celebrated Albanian music festival Kënga Magjike; she finished second with the song “Genjështar” behind Rozana Radi’s “Ma thuaj ti”.

Peristeri returned to Kënga Magjike in 2017 with the song “E Çmëndur”, going one better and narrowly winning the contest ahead of second placed Elhaida Dani (Albania’s Eurovision 2015 representative). This victory kick-started Anxhela’s recording career in Albania, with further follow-up singles “Shpirti ma di” and “Pa mua” making the Albanian charts. The latter song was eventually honoured as the Akademia Kult “Song of the Year” in 2019, an accolade which Anxhela dedicated to the victims of the 2019 earthquake in Albania and donated her prize winnings to the victims.

She returned to Kënga Magjike in December 2019 with the song “Dikush i imi” and finished in third place. This was followed up by a new single “Ata” in January 2020 with Sinan Vllasaliu which also charted in the country.

How did Anxhela get to Rotterdam?

Albania’s national broadcaster RTSH confirmed early on that they would be using the annual Festivali i Këngës to select their Eurovision entry, as they had done since the country’s debut in 2004. As a result, it was not immediately clear that 2020 entrant Arilena Ara would be chosen to represent the country. Submissions for the competition opened in August 2020 and lasted until 2nd October, with a panel deciding the 26 shortlisted songs to take part in the competition.

The participants in FiK 59 were announced on 16th November, with all of the songs appearing on YouTube. Arilena Ara had not returned to the competition, but Anxhela Peristeri was among the 26 participants with her track “Karma”, a dramatic ethno-ballad.

After two performances of the song in the semi-finals of thecompetition, Anxhela was chosen as one of the eighteen qualifiers by the jury.

The seven-member jury of Andri Xhahu, Kastriot Çaushi, Prec Zogaj, Rame Lahaj, Robert Radoja, Vasil Tole and Zana Shuteriqi presided over the result of the final of Festivali i Këngës on 23rd December 2020 and Anxhela Peristeri was chosen as the winner of the competition, ahead of second-placed Sardi Strugaj. Anxhela would therefore represented Albania at the Eurovision Song Contest in Rotterdam.

How has Anxhela been preparing for Eurovision since selection?

Of course, with being selected in December, Anxhela has had longer to prepare for Eurovision than some of the artists in this year’s contest. She has made numerous appearances in Albanian media and television shows to promote her Eurovision participation. In January, she was seen performing one of her previous tracks, “Maraz” on a Christmas-themed show in Albania.

The revamped version of “Karma” was released on March 1st, with the official video appearing on the Eurovision YouTube channel.

On March 14th, it was confirmed that Anxhela’s performance at the contest would be choreographed by Sacha Jean-Baptiste, Melodifestivalen’s creative director and a choreographer of many of the contest’s recent successes.

Anxhela met with San Marino’s representative Senhit as she travelled on her promotional tour to Tirana on 4th April.

Anxhela appeared on the Sunday show “E Diell” on May 2nd to discuss her Eurovision participation with host Ervin Kurti ahead of flying to Rotterdam for the contest on May 9th.

Albania’s Anxhela Peristeri will perform “Karma” in the second semi-final of Eurovision 2021 on May 20th, performing eleventh on the night.

What do #YOU think of Albania’s entry for 2021? Share your thoughts on this article in the comments below, on our forum HERE and on social media!