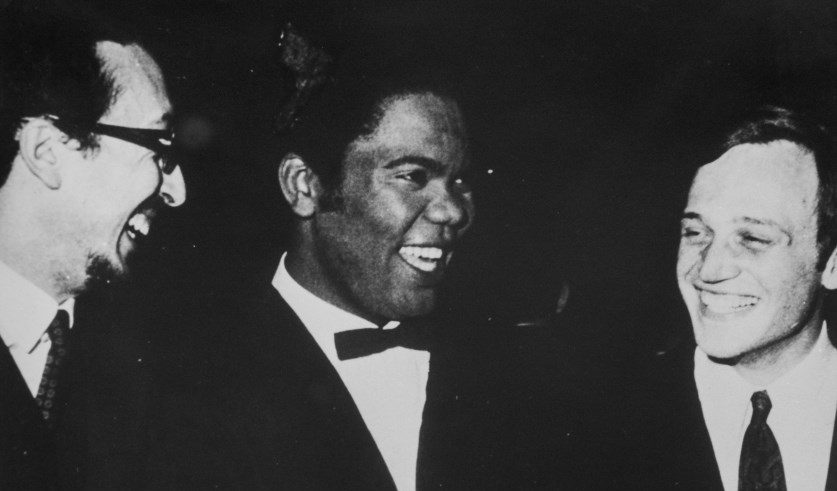 Eduardo Nascimento, Portugal’s representative at Eurovision 1967 with “O Vento Mudou” (“The Wind has Changed”), passed away last week in Lisbon at the age of 76.

Along with Mozambique born Eusebio, a world-renowned soccer star who played for Portugal and score nine goals at the 1966 World Cup, among his many feats for his club Benfica and Portugal, they were both were public voices in Portugal of the burgeoning yet fractured independence movements gaining ground in both Angola and Mozambique, and the Portuguese dictatorship’s unwillingness to deal fairly with good faith independence actors resulting in costly independence resistance as well as bloody civil wars in both after independence (though both were independent in 1974 and 1975, both suffered bloody civil wars until deep into the 1990s).

Nascimento entered Festival da Canção in 1967 as a solo artist with “O Vento Mudou,” a chason written by Nuno Nazareth Fernandes and João Magalhães Pereira. The song is about the singer’s lover promising to return to him when “the winds have changed,” but the wind did not change, the singer wishes to know why she did not return, and that he hopes the clouds can cover his heartache.

Nascimento performed 5th on the night at Eurovision 1967 in Vienna, Austria, but ended up in 12th place with 3 points. Sandie Shaw won Eurovision 1967 with “Puppet on a String” for the United Kingdom. Nascimento’s 12th place finish was the best for Portugal since their debut in 1964, though Carlos Mendes came in 11th the following year with “Verão.”

After Eurovision 1967, Nascimento returned to Os Rocks and they had a few more hits, including “I Put a Spell on You” and the excellent “With Your Hands” in 1968. Both are from the EP “Don’t Blame Me,” which is the last Os Rocks recording.

Our thoughts and prayers are with his surviving family and friends.

What do #YOU think of Nascimento’s historic performance at Eurovision 1967? Let us know in the comments below, on social media, or in our forum.