Home 2018 Portugal: Susana Travassos “It is a light and sweet song” 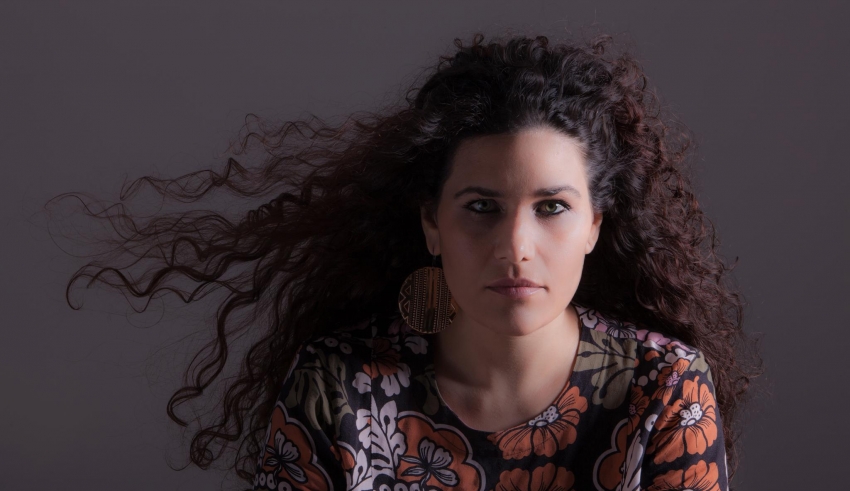 Portugal continue their search for a host nation entry for Lisbon tonight with the second semi-final of the long-term IMG selection Festival da Cançao. Tonight sees Susana Travassos participating, so we took the opportunity to talk to her about her song and the moving background behind the coming-together process of composer and performer…

Hi Susana! How are you? Can you introduce yourself? What can you tell us about yourself?

My name is Susana Travassos, I’m 35 years old, I’m Portuguese, from Vila Real de Santo Antonio, a city located in the south of Portugal. I am a singer, composer, psychoanalyst and in the last 10 years I have explored the points of interception between Portuguese culture and Latin American culture. I have had many encounters and exchanges with several artists from Brazil, Argentina and Colombia that can be listened to in several projects. I have 2 CDs recorded and one DVD and new CD being produced!

The song that you will be presenting for Festival da Cançao is “A mensageira”. What can you tell us about the song?

The song that I will sing is called Messenger, a song composed by Aline Frazão that speaks of departure and farewells, while at the same time it is a light and sweet song…

What was the inspiration for the song, and did you write it specifically for Festival da Cançao and Eurovision?

As I told you before this song was made by Aline Frazão who invited me to interpret it, but I can say that it was amazing and magical, the meeting between the composer and performer… Aline was doing a farewell song so I could sing, and it happened that it was in the middle of the parting process of my beloved grandmother, with whom I had since I was a child a relationship of best friend and confidant… when she was in the hospital after having a heart attack I received Aline’s email with the song… I couldn’t believe it as Aline didn’t know what was happening… chilling, mysteries of art…

I think the Eurovision Song Contest is an important celebration event, of union between nations (one of the great weapons of music), a great exhibition that deserves access to the musical reality, but the real one.. we are living in an important moment, I am honoured to be part of it… I have not always followed the Eurovision because I have been active in music, travelling outside of Europe most of the time in recent years. Luckly I watched last year, I’ve been praying for dear Salvador, whom all of us musicians, worried about the truth, owe so much.

I dream to perform more in Europe, in the cozy red velvet curtain theaters, in the world music and jazz festivals! Joking a litle, mostly the places that cherish listening and silence.

I think for me maybe it’s the opposite, heheh…!

Defeat in performance happens when the artist is an observer of himself. Victory, when it happens with the power of unconscious desire as my friend psychoanalyst Sidnei Goldberg said to me other day. So, on TV I need to be more unconscious…

What advise you would give to your teenage self?

Do not forget the essential! The essential is the art, the message and the field. Even if the others could appeal to the competition I don’t want to see and to feel it…

I think I do not have a typical day. What is typical in me is that every day is different, every week. I can say that I like to idealize all of my projects, think graphic art, texts, lights, composing songs, writing poetry. Usually I study psychoanalysis, I like the meeting with my fellow psychoanalysts. I love the meeting with my singing students, I learn a lot with them…

We would like to thank Susana for her time and wish her the best of luck with her participation in tonight’s Festival da Cançao semi-final!

What do #YOU think of Susana’s entry? Share your thoughts with us on our forum HERE or join the discussion below and on social media!