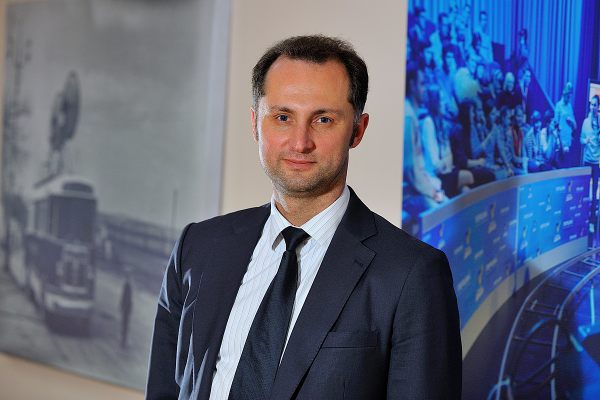 A former Executive Producer of the Eurovision Song Contest 2017 has stepped forward to criticize the European Broadcasting Union (EBU). His concerns include the handling of the travel ban of Yulia Samoylova, the Russian representative.

Oleksandr Kharebin resigned in February, along with almost two dozen other individuals, has spoken to DW, providing some details and insight from his perspective. As per Eurovoix .

There is no legal basis to punish Ukraine for non-admission of some of the participants After all, Ukraine is guided solely by their national interests, the EBU – is a commercial company incorporated in Switzerland.. . it is strange that there remind us of the commercial agreements that should prevent Ukraine to carry out their public functions.

Kharebin is an outspoken critic of the EBU and the way things were handled by the organization.

The Russian market is extremely important for the EBU because it is a membership fee and a multi-million audience, and now Russia is actually blackmailing the European Broadcasting Union, threatening to withdraw from it, and that is why EBU is doing the same with Ukraine, so sharply demanding allowance of the Russian participant.

He is accusing the EBU of succumbing to the pressure put on them by the Russian broadcaster. The letter that was sent to the Ukrainian broadcster from EBU’s general director Ingrid Deltenre mentions the possibility of other countries to withdraw from the contest due to the controversy. No names or broadcasters were mentioned in the article. Kharebin believes that it’s possible that Russia is putting pressure on other countries to withdraw if Samoylova is unable to perform live in Kiev.

We are awaiting response from the EBU regarding this matter and hope to have an answer soon. With rehearsals starting in one month from today, an answer to this situation should be happening fairly soon and we’ll keep you up to date.

What are your thoughts on this matter? You can comment below or join the conversation on our community site HERE where over 2,000 comments have been left already discussing the ban. We also discussed this topic during our most recent podcast.