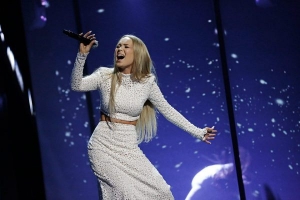 More incoming Eurovision news: Norway and its Melodi Grand Prix will return and is scheduled to take place on March 11th.

It has been confirmed that there will be only one show. In previous years, MGP had multiple Semis but as of 2015, it will consist of only the Final show. The Oslo Spektrum is once again hosting the event so set your timers for 8:55 PM CET that day .

After a disappointing result in 2016 when Agnete failed to qualify from the Semis, the broadcaster realized that they had to make a few changes. Therfore it was decided to bring back the international juries. It was reported that up to twelve international juries will help determining the winner. Of course the televoters have a say as well and the results will be combined accordingly. According to Event Organizer Jan Kredrik Karlsen, they will focuse on promoting the winning entry to ensure the best possible result in Kyiv.

What are your thoughts, what does Norway have to do in order to survive the Semis? We’d like to here from you HERE.