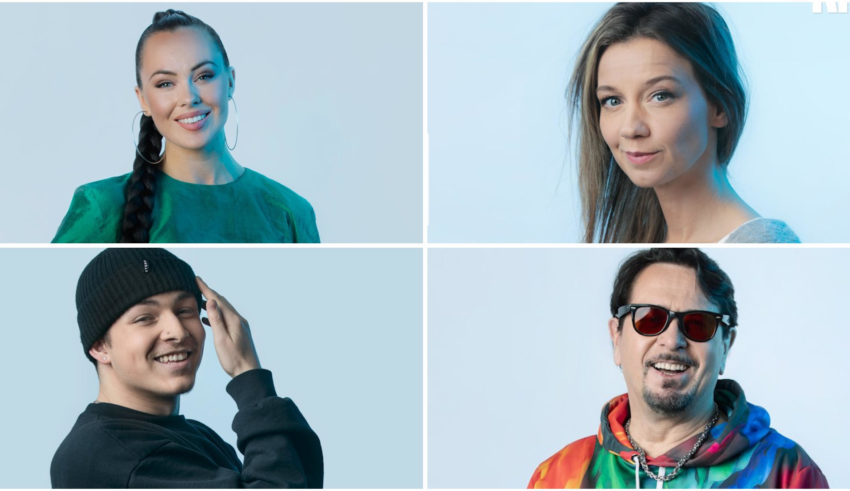 Last Saturday, we saw the first 4 hopefuls competing for a ticket to the Grand Final and Eurovision. After a tough duel, it was Blåsemafian with Hazel who we’ll see back on 20th February. NRK just revealed the 4 artists who will perform in the second semi-final next Saturday and there are some familiar names among them. Let’s find out who are in the running to represent Norway at the Eurovision Song Contest 2021!

The artists who we are going to see January the 23rd are:

The national final welcomes back Raylee and Ketil Stokkan to their stage. Raylee was a big fan favourite last year with her song “Wild.” This year she will the sing the song “Hero,” and been written again by the well-known Laurell Barker. It will bring us back to the 80’s.

Another familiar name is Ketil Stokkan. He represented Norway not once, but already twice! His first appearance was in 1986 with the song “Romeo.” Four years later he returned with the song “Brandenburger Tor.” He didn’t intended to apply this year, but there is nowhere else to show off at the moment. He’s more nervous now than he ever was. It will be his fourth time on the MGP stage.

New at Melodi Grand Prix are Maria Solheim and Daniel Owen. Maria Solheim already got the chance to play concerts all around Asia, the USA and Europe. She will perform “Nordlyset,” a song totally in Northern Norwegian. Daniel Owen won the talent show Norske Talenter when he was 11. He released his first song in 2015 and will perform “Psycho” this saturday.

You can listen to their songs here. You’ll be redirected to spotify.

What do #YOU think of the acts for semi-final 2? Share your thoughts with us on our forum HERE or join the discussion below and on social media!