Home 2020 National finals and the dark side of the Eurofanbase 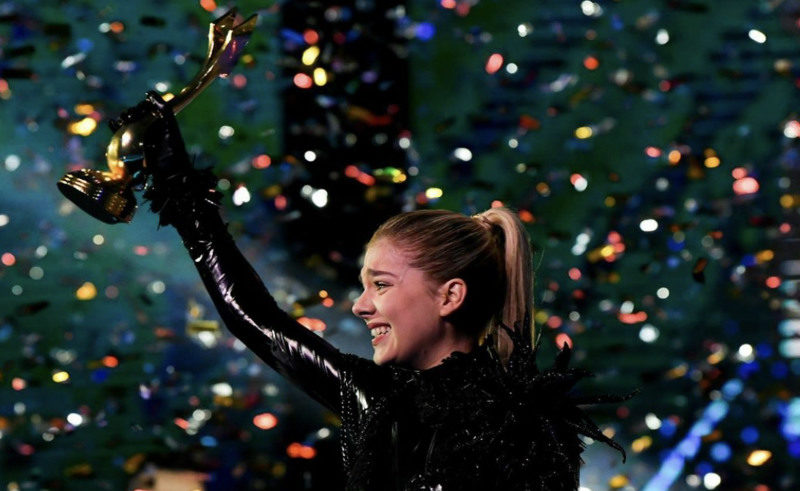 Disclaimer: This editorial is written from the opinion of the author and does not necessarily represent the views of ESC United, its staff or anyone associated with Eurovision.

Last weekend, the national final of Albania, the long-running Festivali i Këngës, took place to decide the Albanian selection for Rotterdam. It was the young, impressive vocalist Arilena Ara who wowed the panel with the emotional, classy performance of “Shaj”, narrowly beating the fan favourite Elvana Gjata’s ethnopop banger “Me tana” by two overall points.

And that, in most cases, should be that. Arilena has lifted her trophy and will now begin preparations for Eurovision 2020. However, it seems that the chapter on Albania’s selection is not yet closed for numerous factions of the Eurovision fanbase, with a strong sense of indignation felt on behalf of the runner-up Elvana. Why?

The votes of this year’s festival were decided by five people, owing in part due to RTSH’s reluctance or inability to hold a televote for the competition; three international jurors in the shape of Christer Björkman, Dimitris Kontopoulos and Felix Bergsson, and two Albanian jurors; Mikaela Minga and Rita Petro.

Notably, the three international jurors gave top marks to Elvana Gjata’s entry, with Mikaela and Rita marking her further down their rankings, as far as second last in Mikaela’s case. Cue mass hysteria in the Eurovision fanbase.

Now, I will say that the voting system of FiK is certainly flawed, and that more jurors is always an important aspect if televoting cannot or will not be used – I have previously made the case for more jurors per country in Eurovision itself. I also personally do not agree with the use of international jurors in selections, but this is a story for another day.

What I cannot bring myself to stomach is the outcry from the Eurovision fanbase over the fact that it was Arilena Ara who was chosen to represent Albania and not the fan favourite of Elvana Gjata. I understand I am opening myself to widespread criticism from the very people that may read this article, but it seems that the level of displeasure regarding a national selection result has reached a fever pitch of new proportions, before 2019 is even out, and it doesn’t simply apply to the nature of the selection.

I have seen attempts to start protests and petitions to review the selection, in an attempt to have Elvana Gjata given the right to go to Rotterdam instead, and numerous complaints regarding Arilena’s victory, alongside the usual regret over a selection going against the expected result.

This has resulted in Elvana herself having to make a statement in support of Arilena and confirming her acceptance of the result. Haven’t things gone too far when the artists feel compelled to apologise for something that isn’t their fault?

Surely as a fanbase that is normally as supportive and open as ours, we should be looking to do better, to be more accepting of the results of a competition and not try to drag down the genuine efforts of someone who has put their heart and soul into winning the right to represent their country, even if we ‘stanned’ another song more?

This may end up being a catalyst for reform in Albania, whether it be a new voting system for Festivali i Këngës or a move which has been mooted to the other famous festival in the country, Kënga Magjike, as the national selection for the Balkan nation. Rightly, participating nations in Eurovision are always reviewing their strategies and hopefully this can create a more open and accurate result in future.

In the meantime, I hope to see more balance and respect in future from the Eurovision fanbase, before toxicity and stan culture starts to imbed itself further and the artists become affected. Is this too much to ask?

What do #YOU think about the drama surrounding the Albanian selection? Are fans right to take issue with the results of Festivali i Këngës? Share your thoughts on this editorial below in the comments, on our Albanian forum topic HERE or join the discussion on social media!