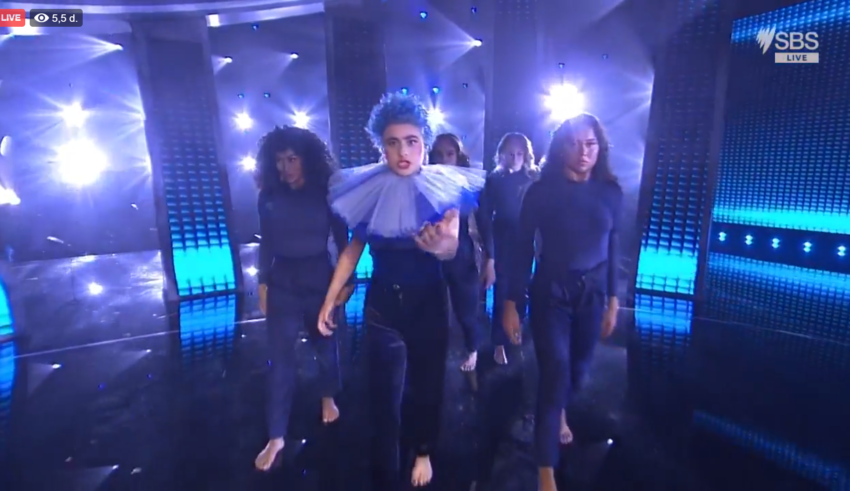 This morning (evening for Australia) we saw the second edition of the Australian selection show. After all the 10 songs all delivered an epic performance Montaigne was crowned the winner and will represent Australia at Eurovision 2020 in Rotterdam!

The show was well put together like last year and even saw Mans Zelmerloew perform as an interval act. The night was opened by a young 9-year old who song the opening lines to Kate’s song. Then Kate joined in for a nice acoustic version of the song. The show was brilliantly hosted and all the acts delivered their A-game on the night. After all the songs had performed, Mans Zelmerloew took to the stage to perform his winning song “Heroes”. After that the lines closed and not much later Dami Im performed one of her new songs “Marching On”. They showed a few artists and songs that barely missed out on a spot in the show. Then Dami and Mans performed “Walk With Me” together.

And then! The results. They were done very swiftly by the hosts. First we got the jury points and here are the reults: 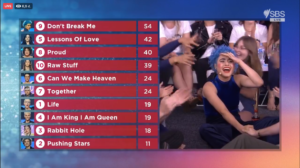 Excuse me for my poor quality, but basically Montaigne won the Jury vote with quite the margin. Then we went back to the televote from all the Australian viewers. It became clear that it would probably be a 3-horse-race and it did! 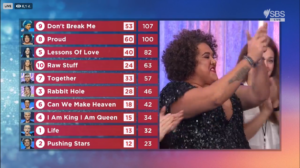 Casey Donovan ended up winning with the televoters, but the margin built up with the juries was enough for Montaigne to grab the overall win!

What do #YOU think about the Australian representitive? Did Montaigne deserve the victory, or would #YOU have preferred a different winner? Share your thoughts with us on our forum HERE or join the discussion below and on social media!